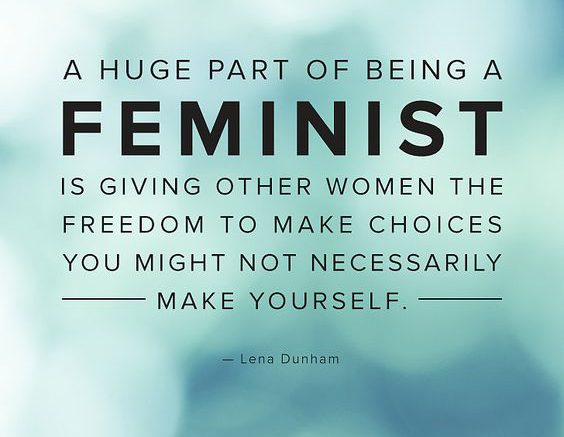 Every year for international women’s day, WhatsApp is flooded with forwarding messages about women. Their importance, their achievements, and an ever long reasons for them to be celebrated.
One said, “A beautiful woman draws strength from troubles, smiled during distress and grown stronger with prayers and hope. You are one of them. Wishing you a very Happy Women’s day.”
Another read, Some idiots say: “Behind every successful man, there is a woman. ‘But nobody knows the fact. Fact: ‘Women Go Only Behind Successful Men.”
Disregarding the misogyny in the texts above, how much does it affect people’s behaviour towards women? People claim to respect women and then go and behave in the exact opposite way. Blame shifting has to stop. Perpetrators have to be held accountable if ever hope to eradicate sexual assault. Even these so-called feminists are a part of the source of the problem.

In a Ted Talk, Shreena Thakore talks about the intention of someone being a feminist matter just as much as the cause itself. If you think that rape is wrong for the wrong reasons, you are part of the problem. The reasons we condemn rape often strengthen the same power structures that lead to rape in the first place. The common arguments against rape are also the common contributing factors to female oppression, denial of female agency and sexual violence as a tool of punishment.

Feminism in India has been misunderstood, terrorized, and has gone through various waves.

Indian feminism and feminist issues as they stand, most often, are not entirely inclusive of all women or experiences. It is selective to every individual. Everyone claims to be a feminist but chooses the freedoms they think women should have.

When women in India try to bring down other women, it goes a couple of ways. Religious or conservative women were telling feminists that they are anti-Indian, but what they fail to understand is, the fight for equality, is not to promote one way of living but to empower women to make a choice. To choose to walk on the street at 2 am or to wear a saree. These misunderstandings about what feminism (btw, it is a fight for equality and not an anti-male conspiracy) stems from various people’s uninformed comments and arguments. An argument that flat-earthers (people who believe that the earth is flat and the concept of a globe was made up by NASA for funds) regularly use it that they flew in an

An argument that flat-earthers (people who believe that the earth is flat and the concept of a globe was made up by NASA for funds) regularly use it that they flew in an airplane and the ground below them was flat. Arguments against feminism and feminists are parallel to the same. People attack the word feminism. Their claims include, “its anti-male” and “all feminists hate men”. This is not an exhaustive list. And I only realised this when a friend once said to me, I believe in equality, but I don’t think I’d call myself the f-word.

Mainstream Indian feminism has tended to focus on issues such as child marriage, sex-selective abortions and dowry-related violence. It saw sexuality only regarding extraordinary forms of sexual violence against marginal women, such as rape of Dalit (formerly “untouchable”), tribal, or Muslim women, or those living in the country’s military zones such as Kashmir or the North East.
But it did little to address the question of eve-teasing – every day, supposedly harmless and largely sanctioned practice of sexual harassment and molestation that affects women on the streets and in workplaces, across class, caste, and religion. For it, their solution is to restrict women to their houses or under a man’s care. How can we continue to call ourselves a democracy if we strip our people of their fundamental rights?

Questions of women’s freedom, choice and desire are increasingly being debated about. Now more than ever, women are willing to talk about periods, masturbation, sex, orgasms, UTIs, STIs, consent, choice, freedom, and choice. I say choice twice since readers who wouldn’t agree with a woman’s sexuality being open have to understand that, feminist stands for her choice to be open or closed off. The feminist agenda, as people call it, isn’t to force a new culture on women but to allow them to choose the norms they hold.
Faced with the resultant rise of sexual violence in the society, rather than tackling the root cause of misogyny and sexism or ensuring women’s safety in public places, the state and society respond by being patronising and policing young women’s behaviour.

The Chalo Dilli or #NotInMyName movements rose up against the right-wing state-led violence against Dalits and Muslims. In this sense, this new feminist agitation represents an impressive level of maturity, inclusivity, and political sophistication.

In conclusion: my body, my choice. 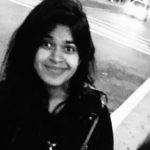