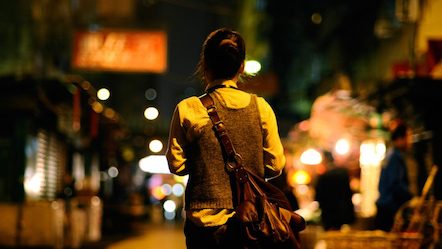 “These feminists are unafraid to call out their friends and family in cases of sexual violence.  They are unafraid of the legal system. And most importantly, they are willing to learn and improve their errors”

The past year has seen the breakthrough of a new feminism.  Of new young voices bringing in a cyclical change to the story and wants of feminism. So does this mean that what we all understand from the term feminism changes? Absolutely not! This new wave is carrying with it learnings from the past. They are adding new flavour while working towards correcting any overlooked errors. Therefore, we’re at an exciting time where a young cohort of feminists bring in new perspectives and solutions to age-old problems, like sexual violence.

So 2017 saw the rise of voices speaking out against sexual harassment and violence.  People, especially younger persons, called out inappropriate behaviour openly and used social media and new age tools across the world to hold predators accountable. Raya Sarkar publicly shared a list of sexual offenders in academia, backed by proof. Thereby, bringing in a massive change to the conversations around sexual violence. While several groups raised concerns of having such open lists without ‘due process’, others questioned what ‘due process’ even meant, after years of having faced silent subjugation and sexual violence with no legal recourse.

A later incident involving Aziz Ansari brought to light the issue of consent and the nuanced manner in which it is often overlooked or overpowered. Voices that emerged defending the list and the woman in the Aziz Ansari case were primarily young women, women who were fed up by the inaction of authorities in cases of sexual violence. Women who could see their own lived experiences of sexual violence in stories of what others deemed as consensual sex. There seems to have been an awakening in the world, in the form of the #MeToo movement, to a fact that has been known to women, activists or not, since time immemorial, that of massive and unchecked sexual violence against women.

What does this mean for women’s safety?

It means, that conversations around sex and sexual violence are finally about to change. The #WhyLoiter and #IWillGoOut movements in India led the call for increasing equal access of women to public spaces, for leisure and otherwise, as opposed to locking girls and women up in their homes to keep them safe. Across the border, Girls at Dhabas, of Pakistan, aimed to do this very thing. They’re building a narrative of change that calls for more girls and women to be out, to have more uninhibited freedom and access.

Alongside, there is a push for people putting their money to what they preach. For building systemic changes and institutional solutions to support sexual violence survivors. The #MeToo movement led to an unprecedented outpouring of stories by survivors at one time. Women in Hollywood, across ages, launched the #TimesUp campaign. It not only calls out the culture of sexual violence and abuse but also provides a fund to support women seeking justice against perpetrators of sexual violence. So far the fund has supported 1500 women. Finally, women are coming together to bring an end to the cultural practice of silence and of letting perpetrators get away scot-free. And they are finding support in communities and larger organizations.

Young feminists are not willing to wait anymore. They are bringing with them a new culture that dismantles this silence and holds it perpetrators accountable. They’re forcing brands and institutions associated with these perpetrators to rethink such associations, as seen in the Uber case. To ensure that no survivor is left without support, they are building support networks and peer groups in schools and colleges. It means that survivors no longer speak of sexual violence in a hushed tone. They are equipping themselves with the necessary rights and knowledge to tackle this issue.

The best part is, these young feminists are not just activists or development sector professionals. They are everywhere, bankers, doctors, artists, and lawyers. And this time they are taking along all their feminist values and ethics everywhere. To work, to their homes, to all their interactions and relationships, everywhere. These youngsters are unafraid to call out their friends and family in cases of sexual violence.  They are unafraid of the legal system. And most importantly, they are willing to learn and improve their errors.  Carry on the traditions of their feminist foremothers – all while building a stronger rallying cry against sexual violence. 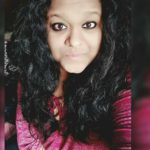 Vandita Morarka is the Founder and CEO of One Future Collective. She’s a development policy consultant, legal researcher, and gender rights facilitator.