“I am a girl. I grew up with strict curfews, apparel restrictions, and different chores”, Shruti. While a majority of parents have good intentions, such restrictions hinder the girls’ self- awareness and future capabilities. Often within the South-Asian diaspora, for girls to be loud, talk too much, and eat too much are significantly negative qualities. It’s “unladylike.” So often, we hear parents reminding their girls to speak softly and not to act like a tomboy. In our minds “like a girl” means beautiful, soft-spoken, well mannered and skilled at household chores. How often do we encourage our girls to take a self-defense class or learn how to change a tire?

“When I moved to the US and started learning how to drive a car, the first thing my uncle taught me was how to change a tire. At that time, I found it to be odd.”, Shruti. But for him, it was the most important aspect of driving a car. He was looking out for my safety! He wanted me to be independent and not get stuck in an unsafe situation because of a flat tire. How many parents teach their girls how to change a tire?  In your house, who takes the garbage out? Who was allowed to drive first? Date first?

So how do we change the mindsets of people who associate biological sex with inferiority?

We teach our girls how to take care of themselves! We equip them with the skills needed to survive, without the notion that an activity is reserved for men only. Rather than limiting daughters, let’s teach our sons that femininity does not equal weakness.

The response to that campaign was phenomenal. It not only created global awareness, it changed the way people think about the phrase “like a girl.” The film received more than 85 million global views on YouTube from 150+ countries. Before watching the film, only 19% of 16-24s had a positive association toward “like a girl”. Most noteworthy, after watching, 76% said they no longer saw the phrase in a negative light.

Self Worth and Willingness

“My older brother passed away at a young age. There was a multitude of situations in which he was allotted much more freedom than I. I could not date, he could! I couldn’t stay out late, he could! While he was driving at 16, I had to wait till 18.” Jashima. Parental restrictions like such can have long-term impacts on children. For girls, it reinforces the myth that a man is needed at every stage of their life to help them get through. How many of us women, when we have to move, buy a car, make investment decisions etc., think “I wish he was there to help me!”

Parents, especially mothers should reinforce that a girl is capable and deserving in every way. “Even though my daughter is only 2 years old. I constantly remind her, she can accomplish anything she sets her mind to”, Shruti Kapoor.

In this #MeToo age,  here are some ways we can ensure we are raising a strong daughter!

2. Allow her to fail
The only way to overcome failure is by being resilient and persistent. Yes as parents we always want to protect our girls from any harm, but beware of being overprotective. It’s ok to fall once in a while, pick yourself up and start all over again. It’s the only way our children will grow emotionally stronger, healthier and happier.

3. Focus more on character, less on her looks
Too often parents go on the “you are a princess” mode with their daughters. While it’s important to compliment children on their looks, building their character is more important. Focus compliments on their skills and character. Those words of encouragement will help them gain confidence.

4. Believe in her
It’s important that your daughter believes that you believe in her. This reinforcement will in turn, allow her to believe in her self and accomplish anything she wants to.

5. Teach her to set boundaries and be assertive
We can’t make everyone happy all the time. Therefore, teach your girls to look after themselves and their own needs first. It’s ok to say NO without feeling guilty about it.

In conclusion, the root of many parents’ hesitation to allow their daughters the same privileges as their sons come from the fear that the world is unsafe or will make it harder for her. And while this concern is valid, it makes it harder to be a ‘GIRL’!

Dr. Shruti Kapoor is the founder of Sayfty and a gender quality activist. Read more about her here. 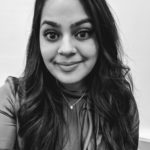