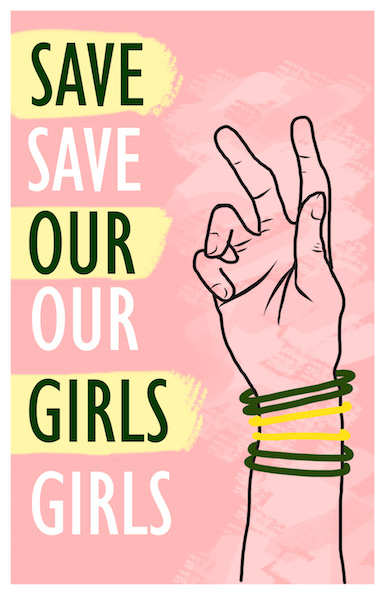 My name is Yadavi Patil, I am currently a senior at New Haven Academy in Connecticut. For my Senior Action project, I decided to tackle the issue of gender-based violence in India. My interest lies in exploring why sexual assault and other gender-based violence is prominent in India. While researching about rape in India, I was overwhelmed by statistics and stories about what these women go through. It became apparent that the system fails to address the needs of victims. And the stigma around sexual assault makes matters worse for girls. I read about many stories, news articles, statistics, and laws. I knew that I wanted to raise money for girls who do not have the resources to protect themselves.

The objective of my fundraiser was to empower girls and women in India. The next step was to find an organization that did just that. There are a few groups in India that help girls, but not directly with protecting themselves and educating them about sexual assault. When I found Sayfty I felt their mission was similar to what I wanted to help fund. Through their work, they educate and empower women and girls against gender-based violence. I got in touch with Dr. Shruti Kapoor to learn more about their work.

I wanted to give something visual to those who donated to the cause. So, I created an art print. I sold the print or gave it to anyone who donated $10 or more around the New Haven area. If people did not have $10, most of them would still donate something which was great. The art print was simple: On the left side, it says “Save Our Girls” and on the right side, there is a hand with bangles, protesting. I used the expression “Save Our Girls” because I feel that if one girl is not safe then no girl is safe from gender-based violence. The protesting hand represents all the people who continuously fight for women’s rights in India. It’s a symbol of power.

Younger students might not have a lot of money to donate. But, they have time and it’s important to stay informed about the world they live in. Know and educate yourself about the issues that matter to you. The more people talk about sexual violence, the less of a taboo it will be. You might be someone who does not live in a place that is directly affected by violence against women and girls. My advice to you is, help out in our community and address its local problems to make a difference. 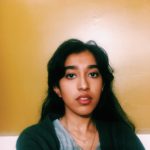 Yadavi Patil is a senior student at the New Haven Academy. Starting Fall, she will be attending The University Of Connecticut, where she plans to study art and major in Graphic Design.