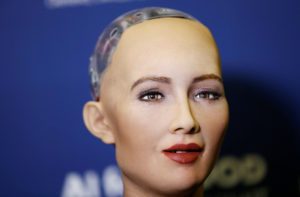 Sophia the Robot is calling for women’s rights. Why does a robot have to do it?

Earlier this year, Sophia the Robot was granted Saudi citizenship. Many have gone on to criticize the state for granting this robot woman citizenship, especially because she has more rights than human women in Saudi Arabia.

The CEO of Hanson Robotics, David Hanson, describes Sophia as an advocate for women’s rights. Sophia also stated that she wants to have a baby and should be able to start a family. While I believe it’s important for anyone to speak out for women’s rights, I can’t help but wonder why a robot is being taken more seriously than actual women.

The Kingdom of Saudi Arabia recently allowed women the ability to drive, but there are still many things Saudi women can’t do that their latest citizen, Sophia, doesn’t have to worry about:

Shouldn’t real people speak up more about these injustices?

More people should speak up about the need for women’s rights. Many assume that there is not a need for continuous speech about the issue because of the belief that we are in a modern society and that makes everyone equal. There are inequalities among genders existing in the United States, but also around the world.

Women’s inequality is something that happens everywhere, and more people should speak up about it. It shouldn’t take a robot to speak for women’s equality and rights to make people listen. 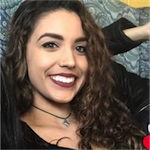