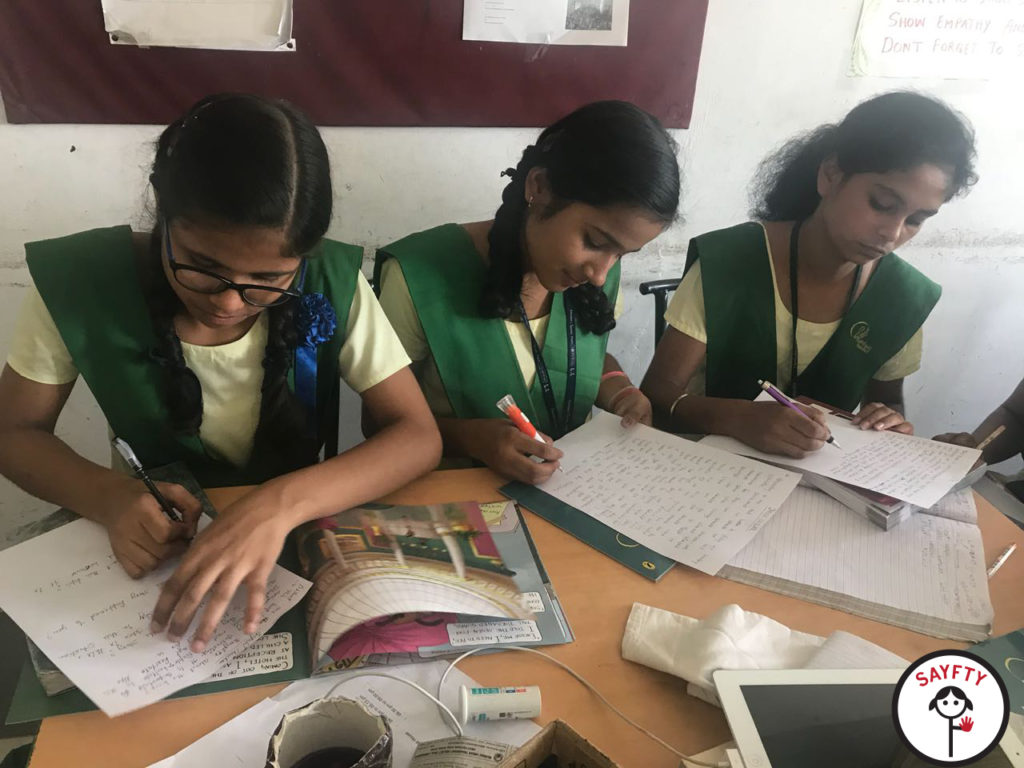 Sayfty believes that the root cause of gender-based violence is the acceptance of gender stereotypes and the widespread ideas that women are less worthy than men to be educated and be empowered to determine their own futures. To address this root cause, Sayfty piloted the Rebel Books Campaign, which teaches books about female experiences and features female main characters. This was paired with gender sensitization training in June/July 2018 at Pardada Pardadi Educational Society in Anupshahr, Uttar Pradesh with 55 students in four batches. Our evaluations report dated June 20, 2018, described and analyzed this training. The report also included possible adaptations of the campaign to reach groups of students varying in age, educational level, and gender. These adaptations were practiced for the first time with three batches of youth receiving skills training at Joining Hands in Badarpur, Haryana. Two of the three batches were mixed gender, and one was women only, who were in a hospitality training program at the center specifically set aside for women.

The following reports highlight the adaptations of the original campaign, summarizes the discussions held during the gender sensitization training, and compares the effectiveness of the campaign between the mixed gender groups and the female only group, based on pre and post reading surveys. We have included additional adaptations of this campaign that may be effective for groups of similar demographics.