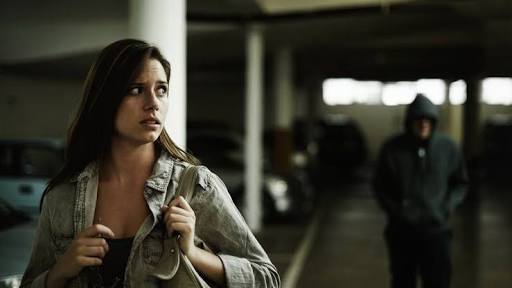 I remember that incident quite clearly. I had just turned fourteen years old. Two strange men approached me and my friend and ‘complimented’ us. Mind you, these so-called ‘compliments’ left us feeling most uncomfortable. We brushed them off multiple times, only for them to return each time. In the end, the stalker took a photograph without our consent.

That was my first encounter with stalking. I call it my first because some stalkers get away with never being caught. The disappointing fact is that it is not only me. Almost every girl has a similar story to share. Some have it light, some have it worse. Probably you can hear about it everywhere. In the hushed whispers from one friend to another. In the serious conversation between a group of girls. Yes, it is talked about, but on this minor scale. I believe it is high time we talk about it more on major platforms. I believe we need to prioritize stalking as a topic of discussion.

According to Google, Stalking is ‘the act or crime of pursuing someone persistently or threateningly.’ If someone is giving unwanted or obsessive attention to the other, it is stalking.

The legal definition is unique. This is because, according to the BBC, it depends on the victim to decide if a crime occurred.

Yes, it is real. Here are some statistics to prove it:

This sufficiently proves to stalk is an issue in India.

How do we identify stalking?

What do we do if someone is stalking us?

First of all, do not ignore. I repeat, do not ignore. Ignoring stalking will further encourage the stalker to stalk. This is because he gets a guarantee that no harm will befall him. Mohandie says that early intervention is key. (https://www.google.co.in/amp/s/www.cbsnews.com/amp/news/what-to-do-if-youre-being-stalked-advice-from-an-expert/) Before the problem gets more dangerous, the victim should take action.

Avoid all direct contact with the stalker. Do not voluntarily allow the stalker near you. Upgrade your security measures. Do not discard any evidence which may help you in the future. Inform others about your problem. Contact the concerned officials. It is most wise to contact the police immediately. Women in India can contact the National Commission for Women. This Commission will take the matter up with the police.

How do we stop stalking?

First and foremost, identify that it is a problem which needs a solution.

The key to stopping stalking is to discourage as many possible stalkers from it.

Then educate. Spread awareness and education about stalking. In this way, innocent stalkers can identify their crime themselves.

Stop normalizing stalking. When the incident happened to me, I was told to ‘forget’ about it. I was told it was ‘normal’. We need to instead preach that it is not normal and reinforce it as a problem. We must take stalking seriously. It’s the only way to reduce the harassment. Some stalkers may have mental illness or awkward social skills. Do not neglect them. Give them the help they need.

Last but not least, punish stalkers. In India, stalking is punishable with one to three years in jail. (https://www.thebetterindia.com/45671/stalking-india-women-complaint-online/amp/ ) Ensure as many guilty faces their full term. This could greatly discourage stalking.

How to prevent stalking?

In conclusion, stalking is an issue. It is not a laughing matter. The condition of stalking continues to deteriorate year after year. It is time we take a stance against it. It is time we take it seriously. We need to start enforcing preventive measures and strict protocol. Stalking leaves some victims scarred and scared for life. Stalking can lead on to bigger crimes like murder. Take the recent case of Riya Gautam. Her stalker stabbed her seven times. He stalked her for a year and a half before murdering her. He killed her because she turned down his marriage proposal.

Stalking is that versatile in extent. Stalking will cease to be a problem the day no more girls cry about it into their pillows at night! 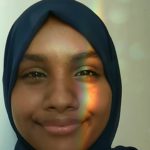