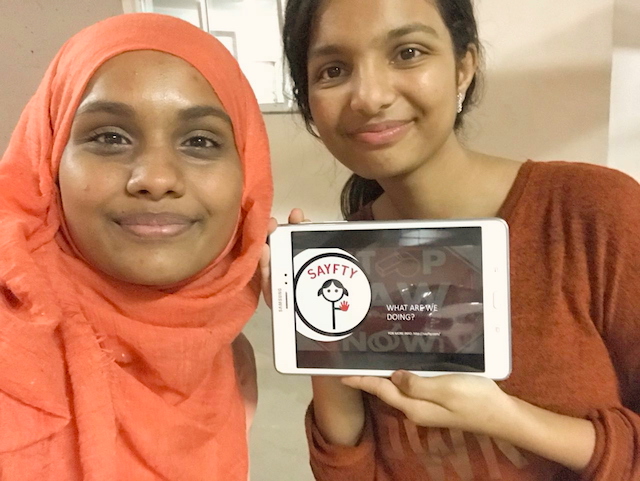 Raped, raped, raped. This is what we wake up to every day. Every day, a new victim. Today it might be us, tomorrow you.

In light of the recent rape cases in India, we felt we needed to do our part. We felt we needed to speak out and raise awareness. We are students at Treamis world school in Bangalore. It is also our last few days together as we will soon be graduating. Summer is going to take us apart to different places again, forever. Hence we thought, what better way to spend our last day together than doing what we both love. What we both are passionate about. What better way than to raise awareness together.

Sickened by the recent rape cases, we decided to raise awareness about rape. More than that, we wanted to encourage people to stand up and raise their voices against violence against women and girls. First, we did some research and compiled a few slides. Using the recent NCRB 2016 data, we created a ‘rape map’ of India. This was a map showed the number of rape cases reported per state. As interns at Sayfty, we prepared a few slides on the work Sayfty does and went around our apartment complex with some home-baked mini cupcakes. We attached a sticker to the cupcakes which had the hashtag #humanfirst. 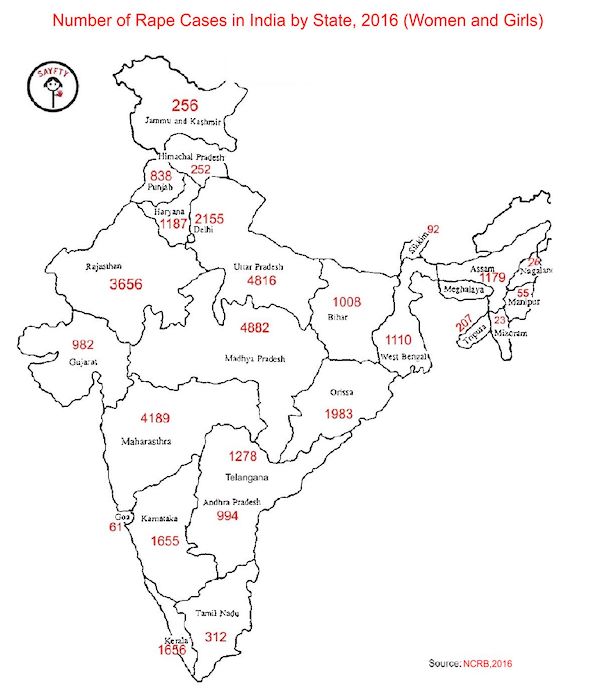 We visited 18 different households and spoke with 25 people in total. Our focus was on rape, including the recent rape case of Asifa and the 8-month old baby. As interns at Sayfty, we introduced them to Sayfty, and its work. Our role at Sayfty is to engage the global community in conversations around women’s safety using their social media platforms.  People were curious to learn about how they can donate and volunteer at Sayfty.  During our interaction, we also had the opportunity to sit down with some of the household help, educate them about how to speak up whenever they suspect unusual activity. 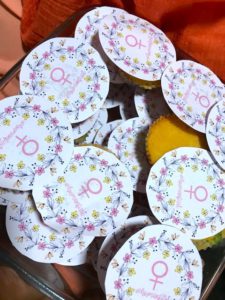 “I intern at sayfty because I’m a feminist,  I believe in equal right for all. Sayfty provides the platform for me to speak against sexual assault and violence against women. Helping even in small ways can make a difference“, Aishwarya

Most people were very interactive. They were very eager to contribute. Most made sure to note down Sayfty’s details. Some even googled it up on the spot! We met people who were willing to help financially and speak up against gender-based violence actively. Some writers expressed interest to volunteer at Sayfty!

While on the one hand, we met a gentleman who was involved in running an English-medium school for the under-privileged, we also met some men who seemed disinterested in our work. They felt it was only their wives duty to hear us out. We were disheartened by their attitude. Raising awareness should be our collective responsibility. Speaking out against rape is not just a girl/women’s thing!

“I intern at Sayfty because I am passionate about women’s rights, especially working against violence and Sayfty provides with a safe space where I can share my views and join the conversation. It helps me to be a part of the movement against VAW.“, Layaal

People tend to make this about religion. They tend to politicize it. You see, we both come from different origins, communities, religions, and countries. Still, we fight for the same purpose. Why? Because we are all #humanfirst.

Layaal Ali is a Maldivian 12th grader currently residing in Bangalore, India. A feminist, she studies mathematics and science in hopes of making her mark as a female STEM scientist while inspiring other girls to do the same. She also enjoys challenging the patriarchy, philosophical conversations and good books. 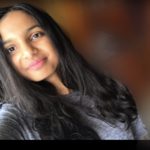 Aishwarya is a 12th-grade student, taking courses in science and math. She believes deeply that education is the only way to combat the patriarchy and will devote everything she has to empower women since she believes it’s her duty as a feminist. Aishwarya also has a deep love for reading books and will often be found with one in hand.