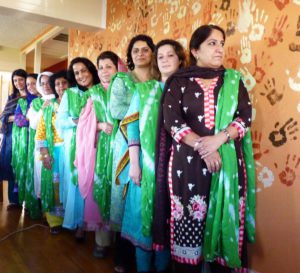 Women in Pakistan are now coming out of their houses to study and work. Their perceptions toward education and literacy have changed remarkably over the last decade. You all have probably heard about Mala Yousufzai bringing home the Nobel Peace prize for Pakistan. This coveted award has not only added fuel to the present drive coming about amongst teenagers and young girls in Pakistan, but her persistence towards gaining education has encouraged several merit based admissions for girls across universities in Pakistan.

According to statistics collected from higher education institutions (HEIs), the number of women in universities has risen from 196,000 in 2004-05 to 391,000 in 2009-10. The total number of students in HEIs was 869,000 in 2009-2010. Though the total female enrolment rate of 36.89% is still comparatively less than that of men which is 63.11%, the overall increase in women in HEIs shows that the number of empowered women is going up who, if provided with opportunities and environment, could ultimately reverse other negative indicators.

“This for us is an achievement in itself. Even I plan to become a successful government officer,” says Syed Samreen Masroor, a young, event planner who has recently completed her Mphil in Human Resource Management.

Pakistani women are taking charge of important positions in corporate sectors. Educated women are taking up significant roles and jobs in national and multinational organizations that do not follow an orthodox culture (where women are only appointed as receptionists or personal secretaries). Examples include newspaper agencies, magazines, schools, advertisement agencies etc. Pakistani women are also finding passion in entrepreneurship and taking charge of their family businesses; they exude a competitive vibe.

“Women work in different sectors of education and do not focus only towards teaching as a career option,” says Hiba Mooen, who has completed her MBA from SZABIST (Shaheed Zulfiqar Ali Bhutto Institute of Science and Technology), and works for a multinational company as a marketing manager.

There are some Pakistani women who cannot go out and work due to family obligations; these women have now decided to work from home, promoting their businesses through social media. On one side where online businesses such as craft work, food deliveries, bread and bakery have created a stir, literature and readers groups actively monitored and run by women have also become very popular and successful with social media helping women to reach out to the world. It has also helped some women activist to voice their opinions on larger forums. Pakistan now flaunts its women marketers, event planners, scientists, educationists, writers, engineers, army officers, cricketers, hockey players, pilots, doctors, musicians et al. All this is positively changing how the world has been seeing the women of Pakistan.

The modern women of Pakistan are not just literate but thoroughly educated. They have altered the world’s perception of Pakistani women.The following are some Pakistani women, who through their diligence and dedication have become role models for millions of girls. 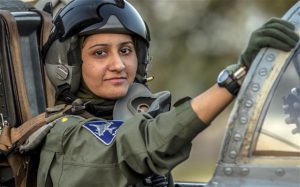 Ayesha Farooq is the country’s only female war-ready fighter pilot. 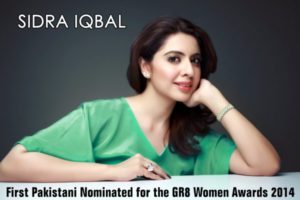 dra Iqbal is a prominent name in the field of journalism, recognized by the Gr8 Women Award as one of the inspirational women of Asia.

Dr. Sarah Khurram has come up with the idea of DoctHERS, a social enterprise that uses tele-medicine and mobile technology to connect female doctors with patients. This innovation is absolutely brilliant in easily reaching out to millions of women across Pakistan. 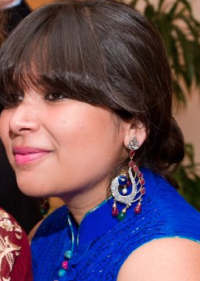 Seher Hafeez developed the concept of Busanti, which will be Pakistan’s first public health bus for women. This bus is not just a means to commute but the commuters are also given access to a 24/7-health line dedicated to women’s health. During their commute, women are exposed to health awareness and education via multi-media platforms. 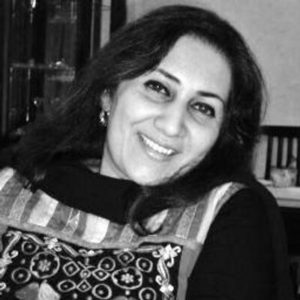 Ayesha Zee Khan is an entrepreneur, Chairman of FOLC (Fraternity of Literature & Culture), an active member of SAARC, a freelance writer, editor and a columnist at Daily Pakistan Observer. She uses social media (http://ayeshazeekhan.blogspot.com/), speaks at seminars such as Power of Women and other forums to bring awareness, ignoring any community oppression that comes her way. She is a mentor to many girls and an inspiration for all those who lack the courage to stand up for themselves.
Shabina Mustafa runs a school called the Garage School for underprivileged children. The school’s slogan reads ‘The Garage School – saving lives through education’. Read more about her story here: http://thegarageschool.org/story-of-tgs/

We, the women of Pakistan, are proud of our talent, contribution and bravery. A country where honor killing, rape, militant violence, religious extremism and child marriages have been historically encountered obstacles, the modern women of Pakistan are relentlessly making it a point to break the barriers and fight back. 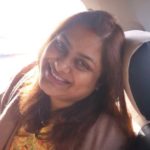 About the Author
Heena Jadav Sunil, while writing plays for the school concerts, never had Jadav thought that she would become an internationally published author. Heena Jadav Sunil is that woman who has broken all the barriers of the cliched writing style of authors from Pakistan. She has blatantly gone against the norms and written a fantasy romance (First ever from a Pakistani Female Writer).

As a crazed fever, she decided to professionally write. Her upcoming projects are, Thunder and Lightning, which is a work of fiction and is an adult erotica. The sequel of Equinox series, Explosion is also planned to be released by the mid of next year. She has meanwhile also written three short stories; “Dhobi Ghat”, “Stay awake for me” and “Invasion”. Invasion, has already edged upon few off the record controversies by some critics. Some of the reviews for Invasion are crazy appreciations and some came from incited antagonism, for which she’d rather keep her silence.

Heena lives in Karachi, with her husband, son and a brother. Being a domiciliary woman, and living with two and a half men, there is always a bedlam in her life that she wishes to get away from. Writing and reading are the only two things that keeps her sane and brings her solace.