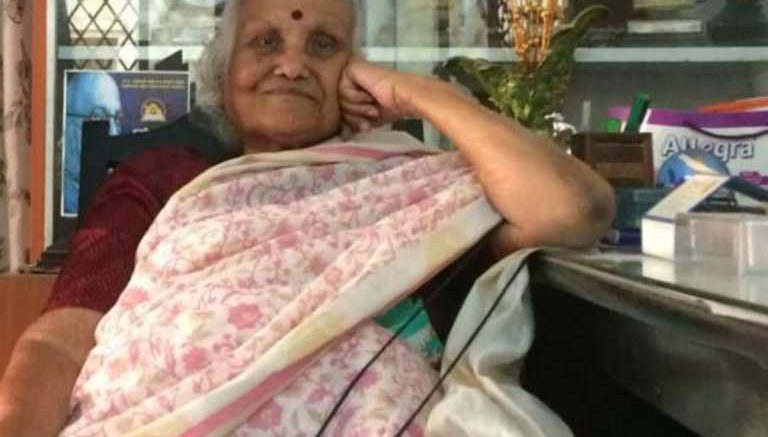 Kausalya Baisantry’s autobiography is titled Dohra Abhishaap. Published in the year 1999, it is the first Dalit woman’s autobiography in Hindi. This seminal work is seen as a political subversion. It serves a dual purpose. To highlight the systemic oppression and social control over Dalit women. This includes the relations in their private lives. The final product is a result of transgression. Of, rightfully occupying spaces that they had ‘longed’ freedom for.

The society presumes silence to be a woman’s second ‘nature’. Those who choose not to conform to the way society dictates are reminded to be docile. Or, they too will meet the same fate as Shrupnakha’s. Their ‘nose’ severed like hers if they chose to have an opinion, and or express their desires. Or daring to love or hate without sanction. A pointer to the punitive treatment meted out to women. Mostly done in order to tame or preserve them like cattle. A ‘property’ in the patrifocal communities ‘they’ belong to.

While holding onto these thoughts, then, emerges Antahsphot by Kumud Pawde. The title literally translates to – ‘outburst’. Pawde through her writing makes a sharp analysis about the lives of women. Through her phenomenal writing, voicing about women, she carefully documents her own life. It becomes a pertinent ‘document’ for a generation like ours. Where feminist icons such as hers, personally, become pillars of strength.

Finally, a critique on the lives of women by a woman. A much-needed departure from the male dominated canon. She never excludes discussions on caste. In addition, it meticulously lays out the perils of being a woman. It shows a larger picture. The lives of Dalit women bludgeoned through “double exploitation”. This becomes the binding argument for the titles of Pawde’s and Baisantry’s respective autobiographies. The focal point being their caste and also their identity as a woman within that caste. A feminist ‘thoughtful outburst’. The excerpt in context is from Antahsphot, a narrative of Kumud Pawde’s ‘Sanskrit’.

“Sanskrit and the social group I come from, don’t go together in the Indian mind. Against the the background of my caste, the Sanskrit I have learned, appears shockingly strange.”

Pawde’s statement calls this composition an ‘anomaly to the traditional mind’ in the Indian society, This, in turn makes her an ‘object of attraction’. The arguments are layered. It embeds her life experiences. Experiences that prompted her to not only learn Sanskrit but also to be in a position of teaching it. The layers reek of her being looked-down upon. Not only from the so-called ‘higher castes’ but also from people of ‘her own community. So much so, that when his teacher’s (Guru Gokhaleji) acknowledgement for her interest in the discipline makes her feel queasy. Her anxiety of being ‘treated with respect’ at her guruji’s house constantly made her look for an ‘escape’.

Undeniably, there exists a fraught relationship between state policy and public discourse when it comes to girl-child’s education. Where one cannot refuse the interplay of culture, religion and caste. Despite the existence of policy interventions putting a premium on the need to promote education, road blocks exists. There exists micro-level forces rooted in the society as family, culture, class and caste divisions that determine this access. Making it impossible to look at women’s education without reference to their social context. Pawde gives ample instances of these ‘indirect efforts’ made systematically to prevent her from ‘learning’. The dissuasion, prevention, or poking at her ‘desires’, all arrived to her as she continued to transgress.

Her experiences at high school, become important to analyse the existence of ‘hidden curriculum’ based on gender and caste hierarchies. Hidden curriculum refers to – values, norms, social practices, customs and rituals of certain nature. In order to see the connection between gender socialisation and the formal process of education at schools one must understand it.

This differential treatment widens if it is a woman and also ‘belongs’ to the Dalit community. The social control over Dalit women’s lives becomes rigidly controlled. Pawde is acquiring knowledge that was once ‘forbidden’ to women and Dalits, but also pursues it as her ‘profession’. This would mean financial independence for a woman, having potential to create ripples of change. Dalit women are also testifying to the injustices being meted out to Dalits and Dalit women. This becomes a dialogic process between the narrator and the listener, where they both are not different from one another. The creation of meaning is corroborative as is the importance of this recreation of identities through memories.

“What comes by birth, but can’t be cast off by dying – that is caste.” , writes Pawde.

The final paragraph of this excerpt ends with a lamenting thought that troubles her. That it was “Mrs. Kumud Pawde” and not “Kumud Sonkuwar” who got the job after years of toil and sweat. She retorts by saying that, “I hear that a woman’s surname changes to match her husband’s – so does her caste. That’s why I say that the credit of being a professor of Sanskrit is that of the presumed higher caste status of Mrs Kumud Pawde.”

The benefit goes to her so-called savarna identity. While her ‘erstwhile’ caste still remains deprived. All these observations about a woman’s life, a degree of feminist conscience exists. Attempts in writing these experiences is the primary reason that this is a feminist text. Rejection of the male canon of Dalit writers. Taking the onus of narrating the stories as their ‘own’ lived lives. The “act of autobiography” to reclaim their space. A certain degree of control over how their lives are being written and understood. A stark difference in writing of male characters by female authors as humanized entities. The importance of having a harmonious coexistence with them. The memories she looks back on are full of emotions. An individual would feel as an event takes place and is reflected in their memory.

At the end, I will invoke Virginia Woolf from A Room of One’s Own, “…who shall measure the heat and violence of a poet’s heart when caught and tangled in a woman’s body?”. This acts more as rhetoric in the context of this article. For the answer shall always be, women.

Ayushi Mehta (She/Her) is a masters student of Gender Studies at Ambedkar University, Delhi. She is an intersectional feminist and is passionate about women’s rights, gender, & policy related research. A trained Bharatanatyam dancer, who swears by Faiz’s couplets. Here is another blog by Ayushi that you might enjoy. Follow her on Twitter