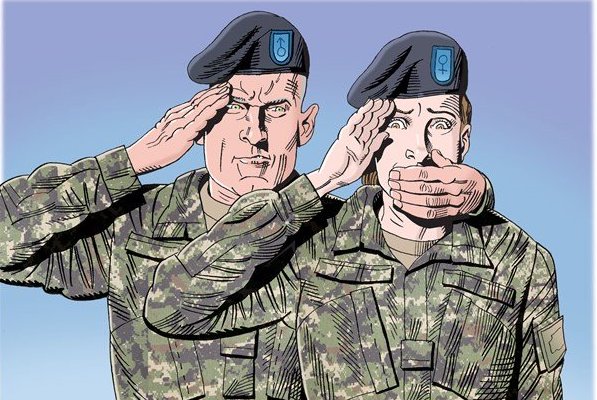 Sexual assault is a looming problem in the military and needs to be addressed!

In 2016, service members in the United States military reported 6,172 cases of rape and sexual assault. The number of reported cases grew significantly since 2012 when 3,604 cases went reported.

The number of reported cases varies drastically from an anonymous survey conducted that found that 14,900 service members were victim to some type of sexual assault in 2016. While this number drastically decreased from the 20,300 in 2014, the issue remains far from over.

Reporting assaults does little to provide reassurance and support for the victims. Lieutenant Emily Vorland was subject to the all too frequent dishonorable discharge that many survivors have received after reporting their assaults.

Dishonorably discharging survivors of rape and sexual assault promotes victim blaming. It’s not fair that individuals who experienced assaulted or raped should bear shame from their attacks. The discharges and attacks leave long-lasting negative effects, not only on the survivor’s mental and physical well-being, but also on their employment, access to post-military health care, and the stigma of dishonorable discharge.

The male-dominated military reinforces gender norms that exist in the issue of sexual assault.

This lack of attention further proves that there’s a great need for better resources for survivors. Survivors deserve heavier importance placed on the well-being of survivors of sexual assault and rape.

The lack of resources and support not only hurts the large percentage of women attacked, but also the large number of male survivors. The U.S. Department of Defense reported that “about 10,800 men are sexually assault every year in the military.”

Not only do female survivors have to worry about victim blaming, male survivors also carry a certain stigma. Because of the hyper-masculine norms of the military, many men fear they’ll carry the label of being weak.

There must be a greater push for the support of victims of sexual assault and rape in the military. It’s unacceptable for there to be such a widespread problem of this within the ranks of those who are supposed to be considered the morally elite of our country.