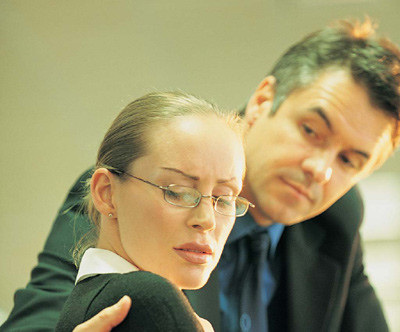 As journalism students, we are taught certain things that I believe could also be applied to any other field in which individuals are encouraged to follow their minds.

We’re told that a true journalist follows a story fearlessly,  takes a stand, believes in their fraternity and is an upright, ethical individual.

These are important guidelines, in general, for a woman who is going out into a world dominated by men. She needs to make clear that she can’t be pushed around, that she is there to do her job and that she should be treated equally irrespective of her gender.

Which is why the Tarun Tejpal incident throws us off track. What is one supposed to do when one has to battle their own fraternity?  How does one handle it when one is not pitted against the world, but one’s own circle?

Before taking a stand on what happened, let us just look at it from the point of view of a woman going to work, not knowing what lies ahead. Is she supposed to be instinctively suspicious of every man she meets, interacts and works with? How fruitful is such a working relationship going to be? Alternatively, should she be indifferent to a flirtatious comment or an unnecessarily tight hug? Where should she draw the line between harmless flirting and sexual harassment?

In an increasing number of media-related professions, colleagues  end up spending a lot of time with each other, irrespective of seniority. In a high-pressure environment, is it even feasible to take a stand against something when one isn’t sure of the intent and could just be misconstruing a harmless act?  Since humans cannot read minds, it is impossible to know the true intentions behind any comment or deed.

Another thing to consider is the competitiveness of the industry. People are fiercely ambitious with clear goals in mind and battles to fight. How feasible is it to fight for someone or even yourself, endangering your career prospects in the process? In a country where domestic pressures make it difficult for a woman to continue working for a substantial amount of time, should she even consider taking up issues that are more than likely to either be brushed away or escalated into embarrassing situations that may make it hard for her to continue working?

Sexual harassment at the workplace is one of the most sensitive areas in the discourse on women’s rights. Like rape or molestation, where even reporting the crime entails the turmoil of describing the incident in graphic detail, hence losing even the little courage one musters, isn’t this just as  humiliating? The fact that a woman cannot feel completely safe in the only other arena apart from her own house where she spends most of her time is frightening to say the least.

Being a crusader for rights in the workplace is easier said than done. As young professionals just starting our careers, this issue not only scares us, but also adds to the cynicism and disillusionment we already feel in our day-today- lives in India.