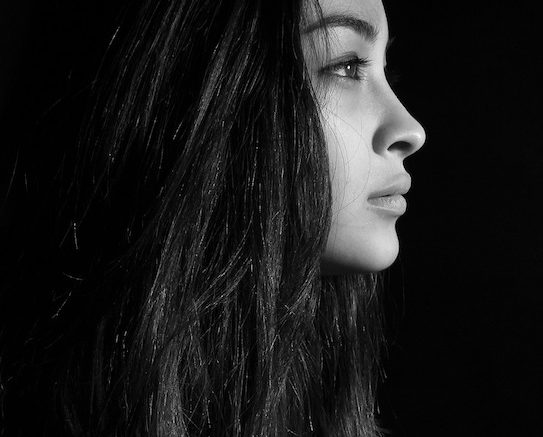 I was 11 when my parents divorced. It was messy. Dad was devastated and started drinking. Mum had been having an affair and had moved in with her new boyfriend. I don’t remember feeling vulnerable but I was clearly a sitting duck, in hindsight. The first time I was sexually assaulted was on my cul de sac when I was 12. I was playing an entire street game of hide and seek with about 15 kids from the estate and one of the Dad’s friends.

He was a fireman and always played out with us. I hid behind a garage and when he found me, he told me I was sexy and put my hand on his erection. I froze with fear and I remember looking into the midday sky and not moving whilst he slipped his hand into my jeans and put his fingers inside me. I didn’t move. I didn’t speak. I just stared.

The same year, some older boys and men on the estate befriended me and started giving me weed and alcohol. We would go to this guy’s house and get absolutely stoned out of our brains and they would make me strip. It was a game. It was funny. I was high as a kite on super skunk and the room was filled with huge monsters. I tripped like it was laced. Maybe it was.

One of the boys was 16. He paid a lot of attention to me and he became my ‘boyfriend’ for a while. He raped me in his bedroom, but I begged him to stop because it hurt. He stopped and apologized. I never spoke to him again and he told everyone I was a freak.

I met a 22-year-old guy on the estate when I was around 13 years old. He was calmer and ‘mature.’ He would take me out all over the county in his car and I would perform sex acts in lay-bys and parks and car parks. My parents didn’t really respond to him picking me up in the car all the time but I remember my dad drunkenly saying ‘what the hell does a fully grown man with a good job and a car want with you?’ I ignored that.

I got pregnant at 16 but he pushed me down the stairs and when I woke up, he was gone. I rang an ambulance because I realized I had been unconscious. I started bleeding and I thought I would miscarry. He basically dragged me out of the hospital in the middle of the night and I did miscarry at around 8 weeks. However, I got pregnant again 3 months later and every day of my pregnancy was hell. He physically forced me to give him head every single day whilst he called me a “fat whore,” and “fat bitch.” He said he would rather fuck prostitutes than me. He drove into oncoming traffic loads of times saying he wanted to kill me and the baby.

And Then The Abuse Got Worse

I had my son when I was 17. And the violence only got worse from the moment he was born. He raped me a few days after having 47 episiotomy stitches and ripped them open. He left me to bleed and told me I was disgusting. I managed to leave him 4 months later but he came back to get me. He sent 47 death threats detailing every way he would kill me. Then he turned up at the house, grabbed my baby son, threw me over my dining table, I tried to get son back and he went to head butt me. I managed to grab my son and swerved the headbutt but he had hold of my shoulder, which he dislocated.

That was the first time I ever called 999, lay on the floor, dislocated shoulder, holding my infant son. They arrested him, found him hiding in a house a few streets away. He was charged with multiple rape, sexual assault, GBH (grievous bodily harm), threats to kill, sexual activity with a child etc., etc. About 14 charges altogether.

My family and friends completely abandoned me and I was called a liar and spat at in the street. My friends told me that I had made the whole thing up and my parents told me that I was ruining an innocent man’s life. I never told anyone about the stuff that happened to me between ages 11-13.

The case was an absolute shambles and after 14 months, the police force dropped all of the charges. The force is still being investigated as to why that happened as the detective became friends with my ex. He went on to rape and/or attack 5 other girls after me, of which he has been convicted for 3 of them. He has never been to prison and consistently gets suspended sentences or fines.

I was a mess. I managed to run away with my son to Burton. He found us again after a year and I had to move again to another area near Derby. We are safe now. I’ve been married to a truly wonderful man for 7 years and I have been with him since my son was 10 months old. My son knows that he is not his real Dad but that doesn’t seem to impact him yet. He’s now almost 9 years old and he’s a happy, brilliant little boy with a 6-year-old brother and a fantastic Dad.

PTSD and Helping Others

I had possibly one of the worst cases of PTSD that I have ever seen and I have now specialized in this field for the last 7 years. I would have severe panic attacks and faint up to 8 times a day. I was angry, aggressive, scared of everything. I screamed in my sleep for 2 years. My husband says I used to scream for XXX to stop. I would be scared of any man that looked like him or cars that he used to drive etc. I don’t go back to my home town much because he still scares the shit out of me. My husband has been through a lot with me – he’s been amazing – but it’s been very hard for him. I’ve had many mental health issues and it’s taken me years to recover. I really started to recover about a year or two ago, to be honest. It took me a long time to recover from PTSD. It’s so hard to recover from domestic abuse, child sexual abuse, and rape.

It’s been so hard for me to watch the other victims go through their abuse with him. I tried SO hard to contact all of them to warn them to keep them safe but he’s such a good liar and manipulator. He convinces each girl that the one before her was a psycho liar. He makes them think that he’s perfect. Then he starts with the abuse. He always does. He’s getting more and more dangerous to women and children. I took the youngest victim to court myself and supported her through her trial which she won. He was found guilty despite lying his ass off. His last conviction was January and he is still at large and a major risk to women and children.

So, that’s me. The woman you see in the media, the successful writer and speaker, the nerdy researcher and forensic psych fanatic was a scared little girl who coped by drinking herself stupid, smoking drugs, skipping school and stealing cars. I was the one with the ‘behavioral issues’. I was the high achiever that never turned up to school. I was the girl who consistently lied to the sexual health nurses. I was the 18-year-old stood alone in the courtroom begging the judge for an injunction without even knowing what the word meant.

I’m a survivor of sexual violence and abuse and I’m fucking awesome.

I tried many things but nothing seemed to work except volunteering for women’s causes, finding feminism and then some self-help books on anxiety and PTSD which I used to teach myself how to ground out of panic attacks. I also still use the rape crisis helplines and samaritans anonymously when I need them. Does my husband count as a resource?