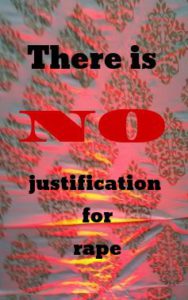 We have heard of such beautiful quotes and sayings many a times, which describe the meaning of this devout institution – called marriage. But is the sanctity of marriage alive ?

Marriage is a sacred institution but not a license to rape. Consent  from both partners to have intercourse help maintain the sacred nature of marriage with dignity and respect. The debate around what happens inside the bedroom should remain there; keeping eyes and ears bunged from the screams of silence coming from these bedrooms are surely a sordid saga of marital rape.

Marital rape exists – Yes, consensual sex does exists between a husband and a wife,  but the moment he or she says no for sex (intercourse) and is forced to do so it becomes rape. Exchange of rings, vows and garlands does not permit anyone to seize the right of saying ‘No’. Enforcing something in the name of religious ritual or patriarchy isn’t justified by any standards.

The UN Population Fund states that more than 2/3rds of married women in India, aged between 15 to 49 years have been beaten, raped or forced to provide sex. In 2005, 6,787 cases were recorded of women murdered by their husbands or their husbands’ families. 56% of Indian women believed occasional wife-beating to be justified. Reasons why the spouse continues to suffer for years include poverty, illiteracy, financial dependence on the partner (husband in majority of cases) religious belief, pressure from society, values and  many others.

Sacred Institution – An irony
How can an abusive marriage be sacred? What is so sacrosanct about beating and forcing your own spouse for sex? I’d like to quote an excerpt from writer Bertrand Russell’s book Marriage and Morals – “Marriage for a woman is the commonest mode of livelihood, and the total amount of undesired sex endured by women is probably greater than in prostitution.” Do we still need a debate to prove that marital rape is a myth – The answer is infront of us.

This is the time when the Indian Legal system needs to bring in change. Not just for improvement but also upliftment of the society by providing laws which appropriately covers marital rape and consequences and met out punishment to the accused. Broken limbs, emotional breakout, painful screams, bleeding – Does it sound sacred to you? Should women keep worshipping the brutal accused who caused them pain – physical and emotional both. Marriage is sacred – a delusional paranoia.

What next – legalizing rape in India? 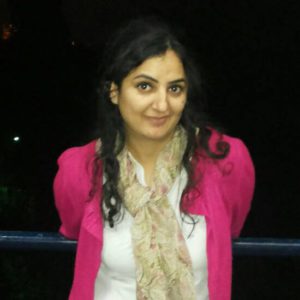 About the author
Archna is Founder of HR=Human Rhythms A consulting firm working towards humane side of Human resources.She believes our personality is reflection of our thoughts, positive thoughts brings enormous change in our lives. Archna is an IIM Ahmedabad Alumni, an HR pro since last 14 years and is named in the list of 100 HR influencers on twitter. Archna is Coach, trainer and Image consultant.She is a feminist who believes Gender neutrality is long overdue.

Archna is an avid reader – fiction and great poetry interests her. In her free time she writes her blog and poetry. She is a single parent and loves to spend time with her son.