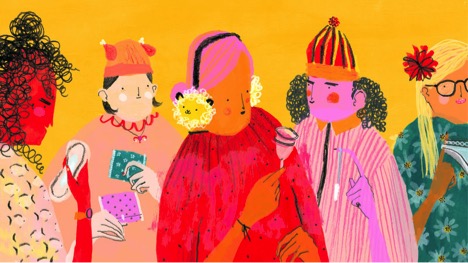 Menstruation or periods, a topic that is always kept under the covers. The secret phenomenon that boys should never know about. The disgusting occurrence which should only be spoken about when necessary. In short, female kind’s greatest secret.

Since ancient times, periods have been viewed as a taboo topic. Especially in the company of the non-suffering gender; men. Although views on menstruation vary from culture to culture, the main one is that it’s embarrassing and unclean. Some cultures differ though. In the Cherokee Nation, menstruating women were considered sacred and powerful.

Many traditional societies depict menstruation as an unclean process (Durkheim, E. 1963. [1898] La prohibition de l’inceste et ses origines). In India, while menstruating, six of ten girls said they are not allowed to touch food in the kitchen. Three of ten are asked to sleep in a separate room. Studies in the 1980s in the USA showed that almost all girls believed that girls should not talk about menstruation with boys. (Williams, L. R. (1983). “Beliefs and Attitudes of Young Girls Regarding Menstruation”).

Personally, I cannot remember the amount of ‘codenames’ my fellow females and I have invented for periods. This is all to make sure that the rest of the public should not understand our topic. We all have made it a taboo subject.

Truth is menstruation is nothing but a natural occurrence the female body encounters every month. To be more specific, it is the regular discharge of blood and mucosal tissue from the uterus through the vagina. It is as normal as any biological occurrence. It is not the process itself that has made it taboo, but the society.
Menstruation is engrained in our minds as a taboo topic so much so that we barely talk about it. We shy away from it and avoid it.

Why should we talk about periods?

1. Insufficient education
66% of girls don’t know about menstruation when they first start their period. Only 55% of them consider it a natural and normal physical process. No more than 23% knew that the uterus is the source of the bleeding. Such girls can be left in confusion about menstruation. They may fear the whole process and believe something graver is taking place. They may suffer from low self-esteem and sometimes depression.

Lack of awareness about menstruation can also have an effect on physical health. Unhygienic practices can increase chances of reproductive infections and cervical cancer. In fact, 14% of girls report menstrual infections. Insufficient education also continues to fuel the belief that menstruation is impure.
So: we need to talk about menstruation to spread awareness.

3. Lack of resources
Only 12% of menstruating women in India have access to and regularly use sanitary napkins. The rest of the population are forced to use cloths and rags. For some, this might be due to cost. However, for many, it is due to unavailability. Women in rural India are forced to travel an excess of 2 kilometers to access sanitary napkins. Sometimes, they even travel further to dispose of them. The lack of conversation regarding menstruation tends to keep these harrowing facts under cover. It tends to continue making such women still suffer. Not many are aware of their struggle. Hence, not many work towards making sanitary napkins accessible for such women.
So: we need to talk about menstruation to make hygienic products more accessible.

4. Cost of resources
Only 12% of India’s 335 million adult women can afford sanitary pads. On top of this, we have a 12% tampon tax on sanitary products. While many women struggle to afford sanitary napkins, this extra tax is an added blow. Tampon tax is a perfect example of the still existing patriarchal view against menstruation. It is going to help continue to make menstruation a taboo subject.

How should we talk about periods?

This un-tabooing should start at home. 70% of Indian mothers consider menstruation “dirty”. Mothers need to dump this regressive thinking. They need to talk about periods more freely with their daughters. This could also help to increase education and awareness. Mothers starting a conversation can also encourage daughters to be more open. It can encourage them to ask their questions. It can boost their confidence and courage.

Talk about periods at school. Integrate appropriate education on menstruation into school curriculums. Menstruation is a vital part of every girl’s life and education will surely help. It is as important for a girl to know about her periods as it is for her to know algebra.

Start a conversation regarding menstruation on social media. Be louder and bolder. Get as many people to join the movement. Such power can help make changes in national level. It could help make sanitary napkins more available. More affordable. It can also one day help nullify tampon tax!

Stop keeping menstruation under covers. Stop making it a taboo subject. It is nothing to be ashamed of. It is part and parcel of being a woman!