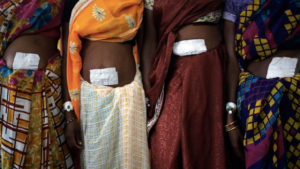 Indian Women jeopardize their life to bear a disproportionate burden of exercising their reproductive rights.

We live in a funny world where opinions metamorphose into politics, and politics into opinions. How does this merger happen you wonder? Facebook, Twitter, and seldom long-drawn WhatsApp forwards come to mind. Social media has nurtured everyone into an intellectual army – fiercely debating for the prevalence of one’s opinions. Yet, sometimes I find myself forming opinions from opinions, without knowing the crux of the issue! In the recent past, I’ve found myself reading aggressive debates on reproductive rights. I wonder, are we aware of what these rights consist of before arguing a pro-life or pro-choice debate? Abortion! Yes, but that is a singular right under the umbrella term of reproductive rights.

What are reproductive rights?

The World Health Organization (WHO) defines reproductive rights as “the right of men and women to be informed of and to have access to safe, effective, affordable and acceptable methods of fertility regulation of their choice, and the right of access to appropriate health care services that will enable women to go safely through pregnancy and childbirth and provide couples with the best chance of having a healthy infant.”

While this definition appears to be vague in nature, this is the sort of vagueness that allows individuals to exercise their discretion. It allows them to choose their preferable “methods of fertility regulation.” Despite WHO granting these rights, often men and women aren’t granted the right of choice. Yes, the right to choose abortion as a method to regulate fertility is most times associated with “choice.” But it isn’t the only right that is denied. For instance, societal systems and structures often hinder one’s choice to obtain contraception. 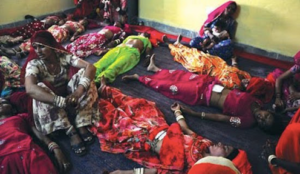 India, home to 1.3 billion people, launched the Family Planning campaign in 1952 in an attempt to educate individuals on contraception, maternal care and nutrition. You would think that India is upholding their citizens’ reproductive rights. What could possibly be wrong with such a positive programme? The answer always seems to be embedded in patriarchy. India advocates for female sterilisation as the first choice in its family planning programme.

Vasectomy is a cheaper and safer option with a quicker recovery time. However, less than one in ten men adopt that sterilization option in India. Due to the lack of awareness, men and women fall prey to the myth surrounding male sterelization. Example, men believe that vasectomy reduces their libidos and their ability to undertake strenuous work. Since men are typically the bread-winners of Indian households, men and women opt for the female sterilization in order to prevent obstacles to their household incomes. Consequently, the lack of information drags women down the unsafe path of female sterilization while exercising their reproductive rights.

You would think it doesn’t get any worse. Often times, organizations don’t brief women on a plethora of safer contraceptive choices! This does not grant them the right to choose from safer contraception methods, while still possessing the burden of family planning. Thus, exercising their reproductive rights can be perilous for Indian women.

Once again, the issue descends to that of choice – basic choice. On one hand, the Indian Penal Code has legalised abortion within 20 weeks of foetal development. On the other, denial to choose from basic contraceptive methods remains to be the issue at hand. What is the Indian Government doing about the burden of unsafe sterilisation on women’s shoulders?  The social conservative Bharatiya Janta Party has finally accepted forms of contraception such as IUDs popular and effective among western nations. Furthermore, Bill and Melinda Gates Foundation has introduced New birth control options. Although there is a light at the end of the tunnel, women disproportionately continue to bear the burden of contraception. As WHO states, reproductive rights belong to both men and women equally. It is as much a man’s duty to exercise his reproductive rights as much as it is a woman’s.

Ishika is a College of Social Studies major at Wesleyan University. She is interested in women’s rights specifically in the developing world, and currently works with refugees in Connecticut, USA. An avid reader, Ishika enjoys works of intersectional feminists and is the proud human of a pug named Donut.