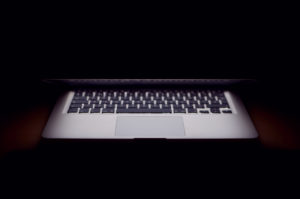 “Sticks and stones will break my bones, but words will never hurt me.”  We’ve all heard this adage, right? As children, adults recited this to us in response to the bullies we dealt with on the playground. But, here’s a hard truth: Words DO hurt and, in fact, inflict just as much (if not more) damage, with lasting consequences. In today’s modern era, instances of bullying, abuse, and sexual harassment have increased in cyberspace, especially on social media, and it’s become prudent to look at other hard truths concerning this type of behavior.

Hard Truth: Online Sexual Harassment is Harassment
There’s a horrible perception that threats made online are not real threats but, rather, empty words written by a virtual avatar. This could not be further from the truth. A threat is a threat and an unwelcome comment is still an unwelcome comment, regardless of whether it was delivered face-to-face, over the phone, or through social media. Words hurt and can have irrevocable consequences for the victim. Take the events surrounding Gamergate as an example: The women involved have been cyberstalked, received countless rape and death threats over the past eight months, and have even had their private information (including home addresses) hacked and published online. In fact, threatening tweets caused an evacuation of a recent meetup in Washington, DC for Gamergate supporters. We should remember that anyone, from a celebrity to the average Jane Doe, can be harassed online and there have been so many cases of sexual harassment perpetrated on social media recently, and if nothing is done to stop this abuse, it will only continue.

Hard Truth: Sexual Harassment is Common Among Women on Social Media
According to a 2014 Pew Research study, 40% of all Internet users have experienced some sort of online harassment. This news is even more troubling when you look at the demographic of young women between the ages of 18-24. Here is more information from Pew:

Young women, those 18-24, experience certain severe types of harassment at disproportionately high levels: 26% of these young women have been stalked online, and 25% were the target of online sexual harassment. In addition, they do not escape the heightened rates of physical threats and sustained harassment common to their male peers and young people in general.

No one should be subjected to any kind of harassment but the statistics on women being targeted are astounding and completely unacceptable and must be stopped.

Hard Truth: Sexual Harassment Must Be Punished
During the recent Women In The World summit, Katie Couric moderated a panel with actress Ashley Judd, Feminist Frequency’s Anita Sarkeesian, California’s Attorney General Kamala Harris, and New York Times reporter Emily Bazelon. During their discussion, they spoke about their experiences with sexual harassment on social media and how attackers can, and should, be held accountable in a court of law.

Here is the link to the entire discussion: https://www.youtube.com/watch?v=BGrlk8_kevI

One of the real challenges in preventing harassment on social media is that it’s so easy to open up an app, find your victim’s Twitter handle or Facebook profile, and post a nasty message. It’s like a big red “easy” button for abuse. As a society, we need to educate people, especially children and teenagers, about the dangers of online harassment and the lasting effects this behavior has on the victims.

Of course, another important aspect in deterring sexual harassment and online bullying is to punish those who are harassing people online and threatening them with bodily harm. These threats are no less serious than if they were communicated to someone’s face. They’re extremely serious and those participating in these activities. As Attorney General Harris stated at the WITW panel, “a crime against one of us is a crime against all of us.” No one asks to be harassed, sexually or otherwise, and no one deserves to be subjected to this derogatory and frightening behavior. As a society, we must stand up and say enough is enough, before these online threats spill over into the 3-D world and come to fruition.

Note: if you receive threatening messages on social media, please report them accordingly. 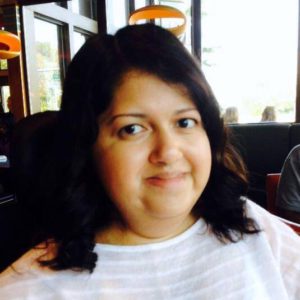 About the Author
Kavita Chintapalli is a freelance social media manager with experience in building communities on social media and managing a corporate blog. She enjoys all things beauty-related, interesting tech gadgets, blogging, and social media. Connect with Kavita on her website: http://kavitachintapalli.com.