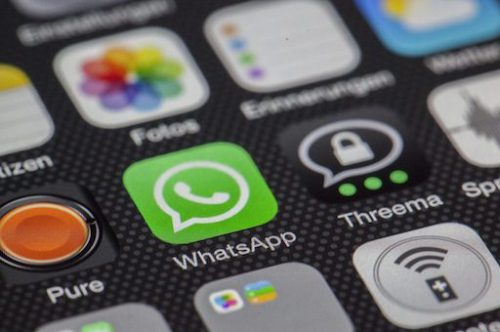 “Nowadays internet and mobile dating apps are my matchmakers”

I am single and happy and it’s something I am quite proud of. Yet every now and then I decide to step out of my state of complacency and “get out there.” When I was younger this was simple enough – I’d go out with some of my friends or ask them to set me up. Nowadays internet and mobile dating apps are my matchmakers. It is tricky, especially since I don’t know too many people in my city.  I don’t have anyone who can warn me. Tell me if the person I’m chatting with could be a potential stalker/serial killer/rapist/all round weird guy or not.

I am skeptical of online dating. But if I’m on it there must be other cool people there too. So I came up with a strategy and take my time. I chat with them for at least a month or two before agreeing to meet them.  I always meet my potential date for lunch in a crowded place. Luckily, there is no dearth of crowds in Delhi.  While I have chatted with a few online, I’ve met only one person so far and that didn’t work out. Nonetheless it was nice to have had a normal human interaction with someone. For my first experience with online dating, it was a great start.

Since then, I’ve talked to a few people but it didn’t amount to anything, which was alright too. My last experience though, left a lot to be desired. I was recently chatting with a man on one of the dating apps and since it was going well we decided to exchange numbers and move on to WhatsApp. Everything was ok until he made what could have been (and I’m sure it was) a sex reference followed with a tongue out emoji (which added to my certainty). After this he paid me a compliment on my appearance. I replied and said this was not okay, the joke. So he said it was just a joke, besides he gave me a compliment (for which I should have been grateful)). He didn’t know me and it was too soon for a joke like that. I decided to block him on WhatsApp.

That is when things went south. He called me incessantly and sent me multiple texts. He claimed that I had misunderstood and that answering his call was the least he expected from an educated person. After about the 5th call I answered. He went on to tell me that I had misunderstood and he really meant something else. So I said okay, maybe I did misunderstand (I didn’t). He asked me to unblock him so we could continue the conversation, I said, we’ve known of each other’s existence for the last 30 minutes and we’ve already had such a major disagreement, why would either of us want to continue this? But he kept insisting I unblock him, so I said I’ll think about it and hung up and promptly blocked him from my call and text too.

The truth is (and I hate to admit it), there is a possibility that I misunderstood what he said and blocked him too soon. He tried hard to clarify. But the number of times and the tone in which he insisted that “I gave you a compliment” really upset me. While he said that I should unblock him and we should continue getting to know each other, he wasn’t asking, he was telling. My “No” did not dissuade him.

During the course of our conversation on WhatsApp I had told him where I work and the area I live in. Maybe this was paranoia but I didn’t want to take any chances. I asked a friend at work If I could call him in case of an emergency.  I am not paranoid. Due to bad experiences  I prefer to be vigilant and paranoid, it keeps me safe, or at least safer. I wish I didn’t have to call on a male friend for help. But what I need is an an option in case of an emergency.

While that has turned me back to my phase of complacency (I made a genuine effort). I have not given up on online dating. I’ll just be more careful before I hand out my number and other personal information. And I have thugs on call so I guess I am sorted! 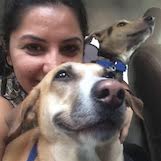 About the author
Subuhi is a senior researcher at a news channel which works out well since she loves looking up everything. Her favourite things include dogs, gender issues, addressing gender issues, Harry Potter, dogs, the environment and animals, especially her two dogs.