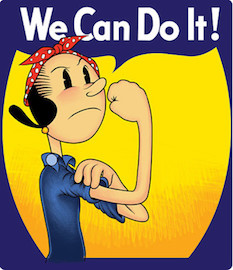 “You do know that men will always be superior!”

I was talking to my friend about her rights and gender equality. She responded with this stereotype statement.

Silence replaced my argumentative voice all of a sudden. She had shushed the whole conversation. I could not reply or counter argue. Before I could recover from being reeled, she started a new conversation.

We are raised in a society built on patriarchy. On gender discriminating values and traditions. Yes, we do admit to a rising fight for equality. Conditions are better now than before. We are aware of the current struggle for freedom and rights for women and even accept it. Yet, this is not what we are taught at home.

Gender stereotypes are what we are forced to conform to in the privacy of our homes. They dictate our way of living; our beliefs. We are raised by a discriminatory mindset. Hence, even if we do not agree, we believe in these stereotypes. My friend is not the only one.

Yes, I believe in equality. However, sometimes I find myself wondering whether I am making a mistake. Sometimes, I feel guilty for not conforming and rebelling. This is how deeply ingrained patriarchy and stereotypes are in our minds.

I am Layaal. I am here to attack common patriarchal stereotypes with facts and logic. Let us begin!

What is a gender stereotype?

‘A gender stereotype is a generalized view or preconception about attributes or roles that are or ought to belong to women and men.’

Gender stereotypes can be both positive and negative. Negative stereotypes are what causes gender inequality.

For example:
“Women are nurturing” (positive)
“Women are weak” (negative)

According to the United Nations Human Rights Office Of The Commissioner, ‘Gender stereotyping is the practice of ascribing to an individual woman or man specific attributes, characteristics or roles.’

These stereotypes are from my personal experience

First of all, let us talk about cooking. Cooking is a basic survival skill. Teaching only girls how to cook increases their self-survival chances more than boys. Cooking should not even be about gender. Your sexism will not help you when you are hungry.

Moving on to the rest of the domestic chores. Yes, girls should. So should boys. Are there not chances of men ending up alone? Would it not be easier for them to learn domestic chores as well?

Moreover, a household with men means that they have a responsibility too. Part of this responsibility is of maintenance of the household. In short, domestic chores. If women can work to earn money, so can men do chores.

Correction: Both girls and boys should learn domestic work.

As a STEM student, this stereotype annoys me the most. We believe that math and science are subjects meant for boys. Girls are left with languages. However, this is so not the case.

A review of 308 studies shows otherwise. These involved more than 1.1 million students from 1914 to 2011. They were all from 30 different countries. According to data, for 100 years, girls have been outperforming boys on everything! Math, science, and languages included! What is more, the data is not only from a particular grade. Girls have been outperforming from elementary to high school!

This stereotype is so deeply believed that these results even surprised the researchers. 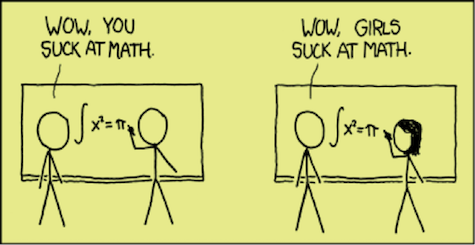 One way in which we could dispel this stereotype is to encourage girls into STEM. When I started high school, I was told I would not like these subjects. Why? Just because I was a girl. I finished 10th with this notion. Reflecting on it, I strongly believe I would have done better if I received more motivation.

Correction: Strength in academic fields is not gender biased.

Let us talk about physical strength first. We perceive men to be physically stronger than women. It may be so. The skeletal muscles of men are faster. They also render higher maximum output. However, we can define physical strength in many ways. For example, women are better survivors.

Science proves this so too. Research shows that women outlive men mainly. Most of the world’s supercentenarians are in fact females. It is not only about old age. Female infants are more likely to survive birth than male counterparts statistically. We girls are born survivors!

Women died at lower rates than men from 12 of the 15 most common causes of death. This was in the USA in 2010. Moreover, women also have a more robust immune response according to an expert. In fact, the body is so good at fighting off an infection that it attacks its own cells. This may explain why women tend to report more pain than men. Not to mention women also undertake the physically demanding task of pregnancy and childbirth.

Let us move onto emotional strength. Society always says that women are emotionally weaker. Men should not and do not cry. However, men may be weaker too.

A UK study exposed six-year-old boys and girls to a recording of a crying baby. They found that boys experienced a higher release of stress hormones. The same researchers also said that boys cry more when upset and take longer to calm down.

Maybe if we start looking at each other as strong, we can dispel this stereotype. 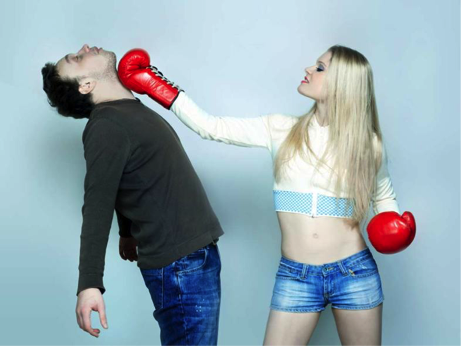 Correction: Both men and women can be strong

Finally, the most common and the most regressive stereotype.

“Men are the superior gender.”

To my friend whom I owe an answer; they are not superior. Neither are we.

Correction: We are both different but equal.

It is true, women and men have evolved differently. However, this does not give reason to stereotype negatively and falsely. To belittle women with stereotypes affects our confidence and our mindset. It affects our belief in ourselves. This could have dangerous effects in the long run.

For example, surveys with 12-18-year-olds have found that one in six think that women should know their place

Let us work towards changing our mindset; the greatest change we can bring. We must tackle patriarchy and dig deeper into its roots. Let’s start from there.

Let us be equals, together!