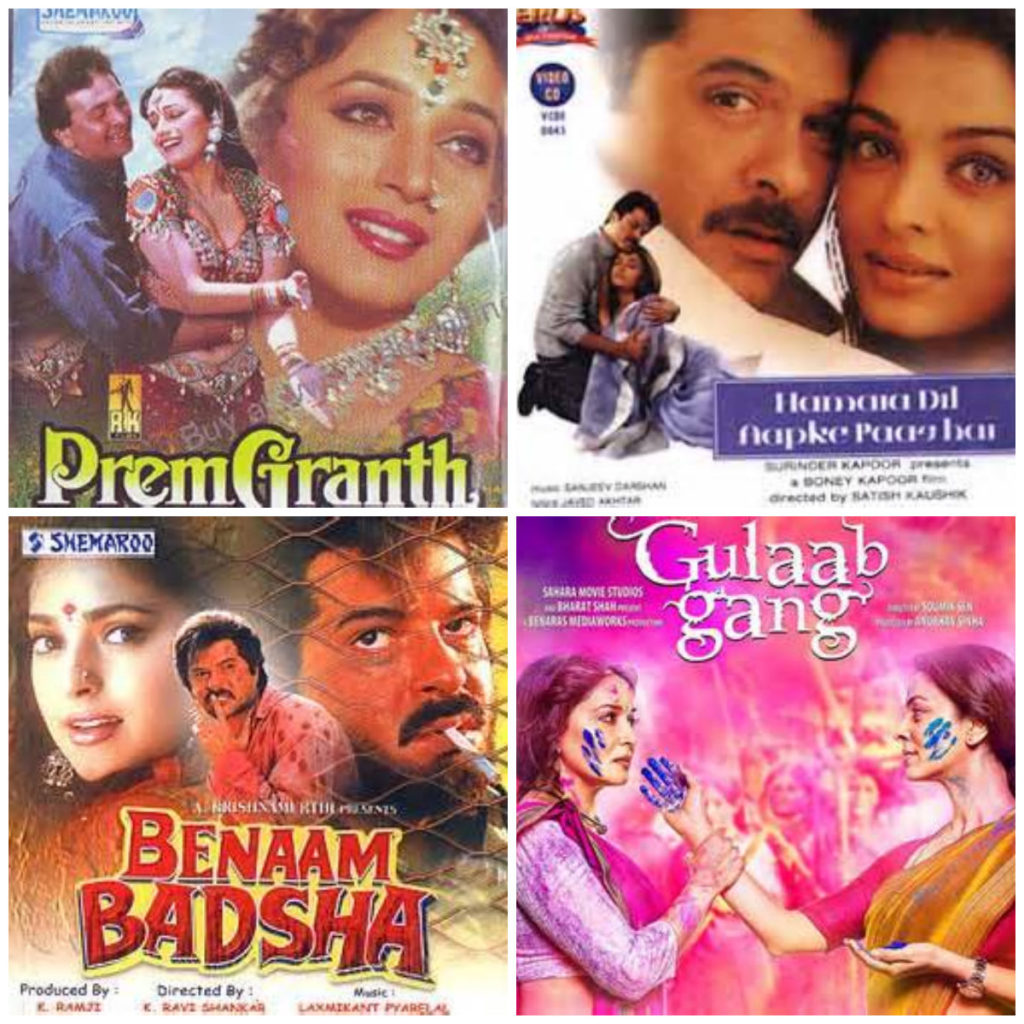 Not many would remember but way back in 1996, Madhuri Dixit had done an immensely forgettable film called “Prem Granth.” The regressive tale of a rape survivor whose ordeal only begins with the incident, the movie would count as one of the most disgusting depictions of the already gruesome act and possible aftermath.

From “Prem Granth” in the 90s to “Gulab Gang” in 2014, Dixit has definitely come a long way. From being the helpless victim, who in her own words, is not “worth” the man she’s in love with to emerging as this crusader for women’s rights, she has walked with the times to represent what most of us would believe is a general, positive change in attitudes.

But what happened to Hindi cinema over the same period or even over a longer span of time? Aishwarya Rai who played a rape survivor in “Humara Dil Aapke Paas Hai” (2000) was first shown as an outcaste and then ably supported by a gallant, idealistic man who is in love with her (Anil Kapoor).  More outrageously, Juhi Chawla who was raped by Anil Kapoor in a film called “Benaam Badshah” (1991) forced her own rapist to marry her and even feigned a pregnancy for the same in the movie.

In “Damini,” (1993) the lead male actor (Rishi Kapoor) who marries the object of his fancy refuses to stand up for her when she fights the rape case of a domestic help against his family. Only towards the climax after a lengthy, preachy lecture does he discover his love for his own wife.

What is disturbing about these portrayals of the issue of rape in Hindi cinema is not just a lack of sensitivity but also sensibility, besides the complete absence of a sense of empowering the survivor and not continuing to shroud her under the many layers of misery that come with being a victim.

It’s important to understand that she doesn’t always need a ‘courageous’ man to redeem her or help her take revenge.  The idea is not just for one member of a highly patriarchal society to step down from his throne and embrace a ‘vilified’ creature. It is for society to realize that they need to stop looking at her as a victim, to be either blamed or sympathized with and create an environment where each woman can be the independent and self-willed individual she wants to be, in her aspirations and in everyday lifestyle. She can go out when she wants to, wear what she wants to and be who she wants to without being scared for both her own safety and society’s possible perception of her.

Perhaps what is most wrong with Dixit’s crusade in films like “Gulab Gang” is that it tends to presume that violence against the perpetrator is the solution to end or avenge violence against the wronged. Even a woman as strong as her first accosts the rapist when he’s helplessly (and ridiculously) bathing outdoors and attacks him with her gang of brave hearts. She forgets that this will be no help for girls who will still fall prey to beasts when they’re on their own.

One of the few great things happening in India at the moment is the rise of an energetic, conscious movement that recognizes changing times and attitudes and fights lousy stereotypes and morals. Perhaps it’s time Bollywood paid heed to that. There’s so much experimental cinema coming out of the country that mirrors real lives and emotions that one can’t wait for a plausible and laudable take on rape as well. It won’t bring an end to the crime but will do much to inspire the battle against it.

About the Author
Lata Jha is currently a student of journalism at Columbia University. She has written for numerous web platforms on a wide range of issues as both volunteer and intern. She aspires to pursue a career primarily in film journalism, though she is equally vocal about issues in other spheres of life that she may feel strongly for. Connect with her on Twitter.