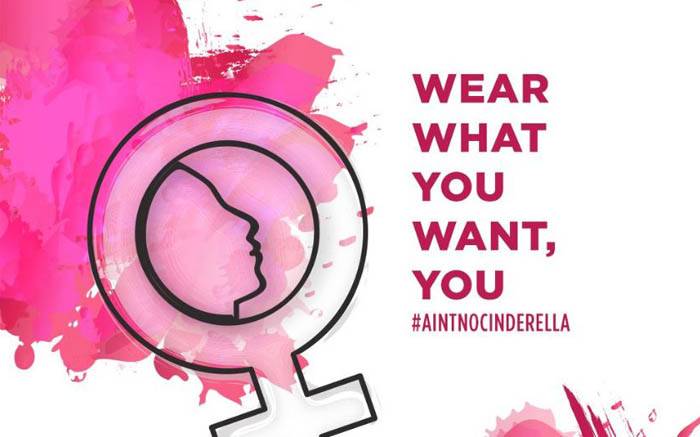 What is the #AintnoCinderella hashtag?

The hashtag became viral in early August due to an online victim-shaming incident in which BJP politician Ramveer Bhatti blamed a victim of assault – Varnika Kundu – for an ordeal in which she was chased by two men and almost kidnapped. After posting her ordeal, Bhatti found it necessary to comment that Ms. Kundu should ‘not have been driving so late at night’. He went on to add that parents should take better care of their children. And women weren’t pleased. The hashtag #AintnoCinderella was started by the opposition leader Divya Spandana in response to these misogynistic comments. The hashtag encouraged women to post photos of themselves on nights out and challenge the patriarchal mindsets that always place women at the centre of blame. It subsequently spawned a range of discussion – including the BBC Trending segment ‘India’s Midnight Selfies’.

On the surface, the hashtag #AintnoCinderella makes great strides in encouraging women to quickly get behind and make a statement – outwardly showing that they will not be defined in a certain way. Social trends are increasingly effective in making such statements and changes. However, the hashtag #AintnoCinderella also works deeper to bring to the surface what we have known for ages but have not properly addressed.

#AintnoCinderella exposes an underlying problem – women may come together, may band together to fight – but it comes down to victim-shaming. It comes down the view of women as second class, not worthy of respect. Or a voice. This hashtag exposes the deep-rooted victim shaming that occurs. It automatically slams the gavel down on women’s heads. Politicians perpetuate this by making these outspoken tweets and not legally doing anything. Indian men perpetuate this by refusing to acknowledge the fact that they need to change – they rush to the defensive, harass women both online and in the real world for daring to speak up and place rightful blame on them.

The old diktat that girls need to come home before dark, that they should be accompanied by male relatives if coming home late at night is extremely demeaning. It does nothing to boost the confidence of girls. To assure them that yes, they are worthy of a voice and worthy of respect. The deep patriarchal thinking that women are the inferior sex and not worthy is enforced by such teachings. And it leads to a number of double-edged swords. One of them is that women are often assaulted because it is seen as acceptable or for some other reason yet the assault is pinned on the woman. They are out too late. They are wearing too little.

What can we do to improve this?

Firstly we can start by teaching our boys. Educating them on consent, respect and treating women like fellow human beings goes a long way. We can change an entirely new generation this way and do much to combat patriarchal thinking. We use online social media campaigns like this hashtag to empower women but also to educate men. That women are not objects. It is not okay to catcall because you think you are complimenting a woman. Public online campaigns can put both enormous pressures on politicians and reach out to a wider cohort of women to get behind the movement.

These online political statements will not change stereotypes and thinking immediately. But they are vitally important to catalyzing change. They are important because they make people think. And the more people think, the more likely they will see the need to change.

This is what this hashtag has done. It has partly exposed a new avenue for rethinking and challenging the patriarchal mindset and analysis of the place of women in India.