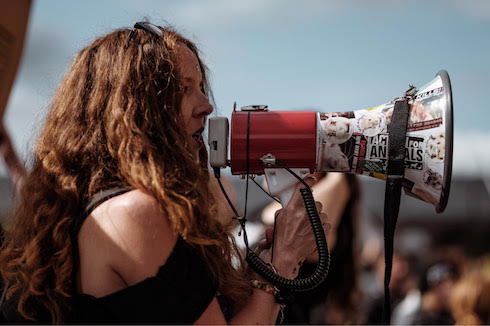 Social media is making it easier for people to share their stories, express support to each other and build strength in numbers. It’s allowing us to raise awareness, educate each other and reduce social stigmas!

We live in a digital age where we are connected 24×7. The Internet is our second life and mobile phones an extension of our personalities. Today, with the help of digital platforms, women have the power to change the world.  They are using their voices through social media and fighting for the equality they deserve.

In 2006, community activist Tarana Burke founded the #MeToo movement. She aimed to spread awareness about sexual assault faced by women of colour. In 2017, #MeToo became a viral movement. Hollywood’s systemic sexual harassment problem grew into a global movement. It highlighted the magnitude of sexual abuse faced by women from all walks of life. According to The Guardian, within 24 hours of Alyssa Milano’s post, twelve million people posted on Facebook using #MeToo hashtag. It quickly spread to countries like Israel, India, France, and Italy.

The movement ultimately led to more than 300 women in Hollywood creating the Time’s Up Initiative. It aims to address sexual violence and harassment in the workplace. Through lobbying and access to funds, victims can get legal help if they can’t afford it.

Similarly, on January 21, 2017, The Women’s March took place. Social media was buzzing with posts on #WhyIMarch. Once again social media platforms played a pivotal role in galvanizing people around the world to stand up for universal values. People of all genders, religions, and class sparked important conversations on gender equality and women’s rights.

Technology has enabled women to learn from one another’s successes and share information online. It has made change easier and faster. It also provides global solutions, so we benefit from other people’s successful experiences. As demonstrated by the #MeToo and #TimesUp movements, reporting personal stories can help raise awareness. It can also change the way you think about incidences of sexual violence and abuse.

Moreover, social media allows you to share with a large network of people. Victims of sexual abuse and violence can now share their story once instead of repeating it multiple times. A good example of this is Sayfty’s Speak Our Stories

Through Speak Our Stories, survivors share their sexual abuse survival story (as yourself or anonymously). As a result, these stories inspire others to come forward with their own stories. Furthermore, openly sharing and talking about sexual abuse and violence helps diminish the stigma associated with it. According to researchers from Drexel University, “this behaviour, which is becoming more prevalent on social networks today, is at the heart of the sexual assault awareness movements that organically coalesced on social media via the hashtag #MeToo” Consequently, women are feeling safe to share their stories that vary from child sexual abuse to cases of street harassment.

Now more than ever we are seeing women disclose rape or abuse stories with others on social media. The awareness campaigns, the one-to-many disclosures and the ability to share their stories anonymously is helping women speak out in volumes. Most of all, not only are women sharing, they are also reciprocating with love, support and help to those who share. So our collective voices and actions are growing stronger against gender-based violence.

Organizations like Sayfty are using social media to give voice to thousands of women like us. Because your voice is unique, come join us and raise awareness for women and girl’s safety. 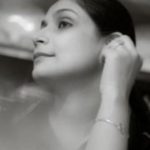 Sammy Sahni is a writer, lifestyle blogger, and a social media consultant. Crafter by passion and a blessed mother of two, she is easy going, free-spirited, nonjudgemental and has a strong opinion on women’s empowerment issues and gender equality.

Dr. Shruti Kapoor is a gender quality activist and the founder of Sayfty. Read more about her here.