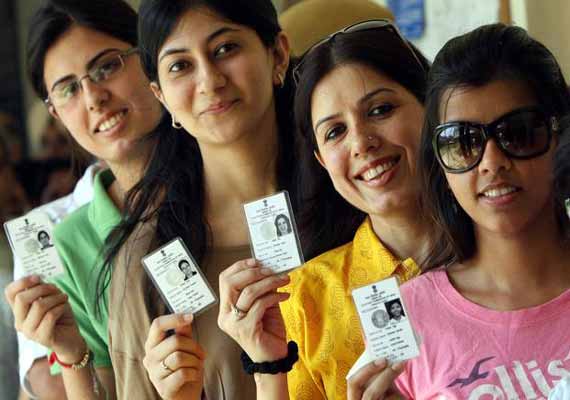 The 2014 Lok Sabha elections declared their results yesterday. First things first, congratulations to our new Indian Prime Minister, Mr. Modi. As a social media jockey, I have followed these elections very closely. There is no questioning the fact that these were the most ruthlessly fought elections in recent times where the ruling party was desperate to reclaim its power, while facing a stiff challenge from a single man army.

Women Empowerment and women’s safety in specific should have been an agenda in these elections, considering the fact that the last 18 months have really not been promising for women in India. Debates and discussions surrounding the topic were expected but what the general public received was far from promising, it was shameful.

As soon as the news broke out that one of the Prime Ministerial candidate was married, news channels went into a frenzy, as if there was nothing else happening in India. The opposition party politicians in no time made the most ridiculous statements to defame the candidate. As new facts emerged, it was found that the marriage had never been consummated, and the couple had been married off when they were children. The debate should have ended there, and attention should have moved on to other important issues, but no, the objectification of that 60-year-old woman continued for weeks.

Few days later, a young female journalist’s social media accounts were hacked and details of her affair with an old reputed politician from the ruling party emerged. The politician quickly accepted his estranged relationship, which led to the 2nd round of female objectification online. The people who had once stood united for a rape victim were now busy hurling jokes, creating cartoons, sharing trolls, and indulging in other shameful activities, all this to prove their political point.

These elections were supposed to bring a new dawn for women in India. During the past few months, we all have seen consistent news reports of gang rapes, molestations, and other atrocities. This was a chance for the political parties to show that they do care about our women’s safety and it’s a priority. Unfortunately, these elections have been nothing but another opportunity for our leaders to mock the female population.

Parties had actresses, models, and activists campaigning for them. In most cases it was done to cash in on their popularity and win the vote banks. In some cases, it was done to secure strategic wins, and in others it was used as a last resort.

What we did not realize was that this consistent objectification of women in the past 6 months not only exposed our hypocrisy but also our weakness in giving a meaningful direction to women empowerment and the much debated feminist movement. A woman was raped in the state of Uttar Pradesh because she was working for a particular party. Another woman was killed by her in-laws as she failed to meet their demands for dowry. But sadly, our news channels and leaders turned a blind eye. These events went unnoticed. While a lot is going on in the country right now, the question that needs to be asked is – where does the women empowerment movement find itself in all this chaos?

The election season is now over. We have seen enough moral damage. Women have been ridiculed, have been involved in conspiracies, have been on the receiving end, and have been even sexually objectified in some constituencies. The election results were declared yesterday, the nation now has a new Prime Minister, what now is going to be the future of our women’s personal safety? Unfortunately, these elections have further degraded the status quo of women in our social structure, and some serious reforms alone are not going to be enough. A new perspective, a new direction, or a new ideology is urgently required to make our women feel safer in their own country. The question remains, will the new government take up this task?