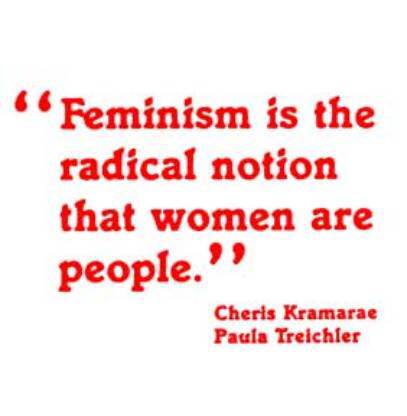 Growing up in an ordinary, military, middle-class family, I didn’t expect myself to become a feminist. When I was a teenager, the prevailing view was that feminism meant being anti-men. Feminists were women who were divorced, widowed, or victims of abuse and hated everything to do with men. They lobbied for women’s freedoms only so that they could take away from the freedoms granted to men. At least, that’s what educated society told me.

However, with exposure to subjects like economics and law I realized how wrong we’d all been about women’s rights. After all, how could basic human rights like the right to be born, right to nutrition, education, employment opportunities, right against discrimination, dowry, rape and forced marriage be feminist or radical?

That was probably when I began to encounter opposition. At first, it wasn’t anything openly insulting or chauvinistic. It was just a slight twitch. Guys would say something sarcastic, share sly glances, and make oblique references- things that spoke volumes about their own upbringing. In college, these statements became so marked and common that I realized boys were being brought up like that and girls just didn’t matter, not until they were wanted for sex, marriage or begetting sons. It was more reflective of the society’s views on feminism, since these very men comprised the bulk of what is essentially a patriarchal society. Men’s values have a way of becoming societal norms.

Unconsciously, I made a mental note every time I heard someone say something unintentionally insightful:

1. Why don’t you know how to cook and sew? How will you make your husband happy? (When I said I was terrible at domestic chores).

2. If I can’t get a job after my engineering degree, I’ll get married to a rich girl, her dowry will cover the expenses. (A guy on his career plans).

3. What man will marry you if you’re having fertility problems? (A friend of mine was told at the gynecologist’s).

4. Girls are to be blamed you know. If they wear clothes like that, of course guys will try stunts like that. (On identifying the causes of sexual harassment).

5. Live-in relationships being legal? C’mon every woman HAS to get married (On marriage not being an option but a must).

6. Marital rape or domestic violence isn’t a real thing you know. Once he’s your husband, he has the right (On violence in a marriage).

7. What do you mean adopt, if women don’t produce kids, what else are they going to do? (On reproductive rights).

8. In India family planning is very simple. They have a girl, girl, girl, boy and then they stop. (Ummi from the comedy show Kumars at No.42).

9. I don’t think raising my voice for women’s rights makes any sense. I’m not going to rape a girl, am I? (On activism).

Most of these statements invoked a mixed reaction in me: Partly amusement and partly fury. How could I blame these boys when the fault lay with our society as a whole. Parents, schools, institutions, media all were to be blamed.

I often wondered (after such conversations), did dinner talk at homes center around disparaging statements about girls? Are we still the generation that grew up to believe that women’s rights were limited to secondary education, early marriage, conception of children, being motherly wives, attending bhajans and organizing kitty parties?

I am truly flummoxed! I grew up in a carefree environment that gave me the impression that I am as good as any boy, or even better. To encounter such contradictory views on women’s rights makes me question my own conviction. And therein, lies society’s cleverest ploy to discourage feminism. By aggressively propagating views, which are basically sexist, society- families, men, even women- manages to instill such fear in young girls that they forget to chase their dreams and begin imbibing the majority view.

Where do we start? I believe that good parenting, which is unequivocally inclined towards both the sexes, can reconcile these opposing views on feminism.

According to me, my rights include a stable career, a good partner, choosing to adopt or abort, educating myself endlessly, voting for a pro-women party, learning self-defense, living-in, breaking up, getting married when I want and buying my parents a house with my savings one day.

Call me a feminist if you will. These are my dreams and I have many more. 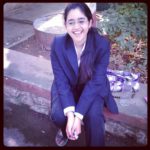 About the Author
Abha Thapliyal is a law student, blogger and social media activist. Although college hours keep her busy, she spends her spare time writing research papers and using social media as a platform to spread awareness about women’s rights. She currently resides in Pune and is an avid reader and animal lover.