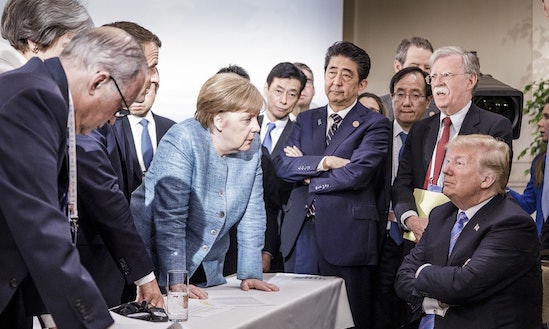 Politics is about the people who run and control a country. Politicians form governments and oppositions. They make policies and amend already existing laws. Moreover, they are the people who decide on resource allocation and economic welfare.

Politicians have a lot of power and influence. And whether it’s a democracy or a constitutional monarchy, the actions taken by politicians affect the whole population. With so much power in hand, it is only right politicians represent a diverse population. As a matter of fact, full representation entails politicians from all genders and races. However, it is not the case.

Take a look at the gender disparities in politics. Women are still a minority. This is proven by the fact that globally only 23.8% of representatives in national parliaments are women. This underrepresentation could have negative consequences on the population. Hence, it is really important to address this issue globally.

Statistics which prove female politicians are a minority

Women are less in politics. This is not an opinion but a factual statement. Here are some statistics to support this fact:

The importance of having female politicians

Female politicians can make better decisions when it comes to female rights. They could be the key to ending gender disparities at policy levels. Just take the tampon tax as an example. Currently, the people who make decisions regarding this essential for a woman are a bunch of men. How will a man understand the importance of sanitary products as best as a woman? On the contrary, women politicians know its necessity as consumers! They can better represent the voices of women in such decisions.

Women also have been acting as primary caretakers since historic times. They are usually more involved in families and with children. Hence, women could be better equipped to make decisions concerning family planning and reproductive rights.

Moreover, as caretakers, they will not only further the rights of women but children as well. Women may be better informed on the best decisions regarding children. Be it child education or child health, having women politicians could help the child population thrive.

Increasing the population of female politicians

Women’s participation in politics can be encouraged in many ways.

First of all, education. Being less educated discourages girls from becoming politicians. Education is the key to ending all types of disparities. Girls must go to school and receive the same level of education as their brothers. They should not be denied this basic right for purposes like marriage.

Existing governments and NGOs could also increase awareness. They could conduct awareness programs and workshops. These should address the lack of female politicians and its drawbacks. They should also provide information for potential female politicians on how to pursue a profession in politics.

Governments could introduce quotas. Political parties may practice this measure too. These mandate that a certain percentage of government seats be given to women. These quotas may be implemented anywhere in politics. For instance, it could be implemented on lawmakers or candidates. Some countries have already tried this. According to a 2012 study, nine out of the top ten countries with the highest growth in female MPs population had used quotas.

We could finance the campaigns of female politicians. Financial issues are a problem all politicians face. This is regardless of gender. Funding for their campaigns will not only lessens their worry but also signal your support for women candidates. This, in turn, may encourage other women to step into politics.

Women must start political parties. It is rare we hear about a party started up by a female, but they do exist. India’s United Women Front is an example. We could also promote positive role models. Rarely do we hear about female politicians. We should take this into account and tell the stories of female leaders. If we can promote male politicians as role models, why not females?

It is important to mention that the political participation of women also includes voting. Although this article focuses on female politicians, voting is an important issue too. Women used to be denied the right to vote. This is why the suffrage movement was born. It advocated for the right of women to vote in elections. Nowadays, women exercise their right to vote more or so equally to men. For example, take India’s parliamentary elections in 2014. 65.63% of women voted compared to 67.09% of men.

In conclusion, having females as leaders and rulers is extremely important. Neglecting this is neglecting the voices of half of humanity. Women are not inferior to men to become politicians. They are intelligent and strategic. Moreover, women are passionate, driven, sociable and patriotic. It is not your gender that makes you a leader. It is your qualities.

Additionally, let us encourage girls and women to become leaders, senators, and presidents. Husbands let’s be supportive while your wife runs for office. Ladies, let’s support women representing us. Will you take a stand for more women in politics?