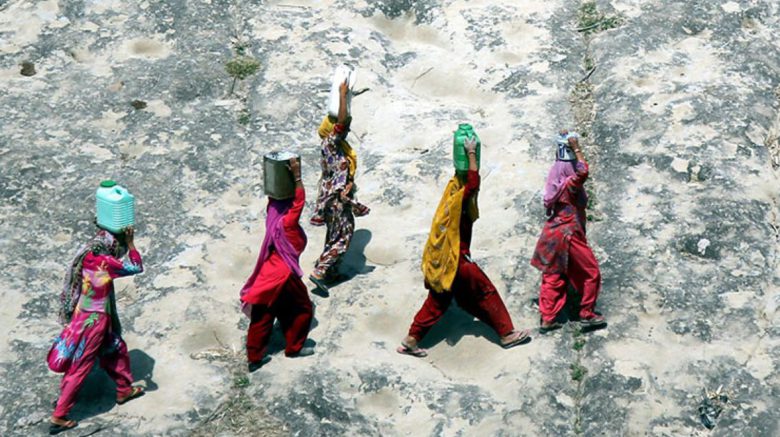 Introduction
Perhaps the greatest challenge to humanity currently is climate change. We have seen, in recent weeks, people marching to voice out this issue.  The Global Climate Strike saw people protest in numerous countries. It brought people from different genders, ethnicities, religions and backgrounds together for one purpose.

However, it is important to note that climate change does not affect us all the same. It affects, different people on varying levels depending on one’s socio-economic status, location and other such factors.

In short, climate change affects people from marginalised groups the most. Women belong to this demographic, especially women in poverty and from rural settlements. Hence, it is vital to involve gender in conversations of climate change. We cannot form effective solutions for climate change by ignoring gender inequality.

Climate change may make weather patterns unpredictable. This will cause farming to become more difficult. Moreover, climate change accelerates sea level rise, which will cause low-lying islands to sink. Climate change has also been linked with increase in natural disasters such as floods.

How does climate change affect women?
Climate change generally affects people who are most dependent on natural resources for survival. It will also have a great impact on people who are the least prepared to deal with natural disasters. This means it is most detrimental to people from poor communities. An estimated 70% of people in poverty are women. Thus, women form a great percentage of people who will be most affected by climate change.

Moreover, women from poor societies are usually involved in work like agriculture. Hence climate change will not only ruin their households, but their sources of income too.

How do we involve women in climate action?
Women, especially poor women, may not contribute much to climate change. However, the sad part is that, they face the direst consequences of climate change. That is, they are and will be the most affected.

Despite all this, we see policy makers do not involve women in decisions. Women in poor communities are especially experienced and knowledgeable in the area of environmental sustainability. Having to face climate change more frequently than the rest of the world, they would be more innovative in finding solutions. Nonetheless, policy makers ignore their opinions

Everyone’s opinion is important for effective climate action. A bunch of rich, male leaders sitting at a table will not work. It is important to amplify affected women’s voices and consider their opinions. Diverse voices will bring diverse opinions and solutions.

We can only improve climate change policies by bringing women to the forefront. Let’s bring women from low socio-economic backgrounds to the front line and encourage them to become leaders, and agents of change.

To involve women in climate action, talk to them. Prioritise their opinions. Bring them to community meetings. Give them platforms on which to speak up. Elect them to councils and support them as leaders.

Inspiring female climate change activists
Greta Thunberg: Undoubtedly, the most popular personality in the fight against climate change is 16-year-old Greta Thunberg. Greta started off by protesting outside the Swedish Parliament in 2018, refusing to go to school. Today, she has spoken on various platforms, including at the UN Climate Action Summit, infront of numerous leaders. Her activism has inspired young people from around the world to join her fight. Greta herself supports environmental sustainability and lives her life as such. She recently undertook a 15-day boat trip from UK to US to avoid the high carbon emissions by air travel. Power to you, Greta!

Ridhima Pandey: Another young voice we heard at the UN Summit was that of 11-year-old Ridhima Pandey. Ridhima, from Uttarkhand in India, first made headlines in 2017. At 9 years old, Ridhima filed a case against the Indian government for their ignorance of climate change. Her father supported her, being a victim of the 2013 Uttarkhand floods, a consequence of climate change. Her petition highlighted the extreme pollution levels in India and called for solutions. Ridhima’s story brings to attention the importance of holding governments accountable for their role in climate change. Power to you, Ridhima!

Conclusion
I believe that the topic of the role of gender in climate action is insufficiently talked about. Organisations and people with large followings and platforms need to talk about this issue.

Climate change and gender ties down two SDGs- SDG 5 and SDG 13. While SDG 5 advocates for gender equality, SDG 13 calls for climate action. Hence, to achieve the SDGs by 2030, we need to consider the role of gender in climate change.

If you are an individual, please do not think your actions do not matter. Support your local climate change activists and eco-feminists. Go green by supporting your local eco sustainable brands. We are all united in this fight against climate change!

Layaal Ali is a Maldivian law student currently residing in Malaysia. A staunch feminist, she believes strongly in bringing down the patriarchy. She enjoys reading good books, and writing about women’s rights.