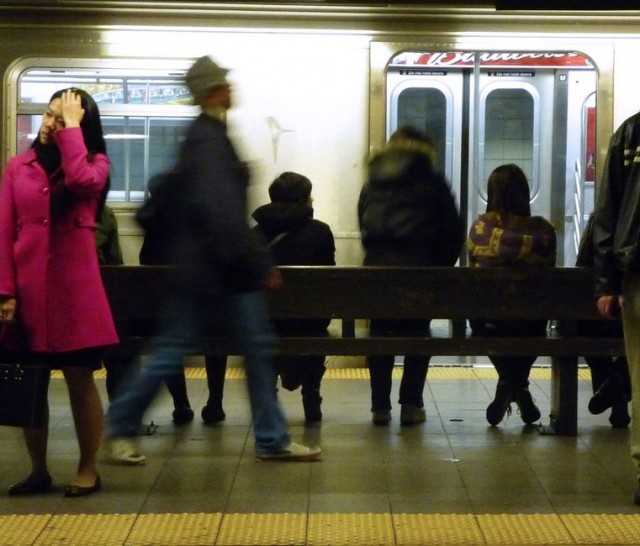 This is the kind of story that does not make headlines in newspapers, but is true. It is the kind that may not be discussed too often, but is experienced by most women in India.

It was a bright Tuesday afternoon and Priti was on her way home from her class. She enjoyed taking the train home, so as always she took the 2:00pm train, got into the middle compartment and found herself a window seat. Since it was a weekday afternoon, the train was not very crowded. Priti settled in and picked up a book to read for what she knew would be an hour-long journey.

As several stations passed by, Priti remained engrossed in her book. Suddenly, she felt someone’s leg brush against her. When she looked up, she saw a man sitting opposite her, with his legs spread wide apart. The moment Priti saw him; she knew something was wrong; something about him gave her the creeps. He kept staring at her constantly passing snide remarks or smirking. His behaviour started making Priti nervous. She scanned the compartment and wondered whether she should ask a co-passenger for help, but didn’t know what to say. The man had not tried to touch her or directly talk to her. Could she still go and tell someone that she felt violated? Would anyone understand that?

After debating for a while, she got up from her seat, walked further into the compartment and sat next to a young man. She wanted to tell this him that a man was harassing her, but the ambiguity of what was happening stopped her.  She soon realized that her harasser had also shifted seats and had moved closer to her. He was constantly staring at her. Soon the young man next to her stepped off at the next station. It was a busy station and Priti contemplated stepping off too, but she wasn’t sure it was the best course of action, so she stayed put on her seat as the train moved ahead.

As if fearless, the man now walked to a seat near her and started showing her offensive gestures. He was also looking at her in a way that made her feel sick to her stomach. She was terrified and it showed in her demeanour. This made the man bolder and more offensive. She finally called her husband explained the situation and asked him to wait for her at her station, which was a couple of stops away. As soon as the train approached her destination, she spotted her husband, sprinted towards the door, grabbed his hand and started walking. Her husband tried to look behind to spot the harasser, but Priti kept pulling him refusing to turn back. She just wanted to get out of there and run as far away as she could.

They walked a couple of blocks and she finally broke down. She screamed loudly and started sobbing. Although she knew she was safe, there were several ‘what ifs’ which were running through her mind. He husband comforted her and took her home. That evening they sat down and talked about the incident. Priti’s husband had several questions for her.

Why didn’t you seek help from a fellow passenger?

Initially I wasn’t sure whether it was an intentional act of harassment. After he started passing lewd comments and staring, I didn’t know what I could go and tell anyone, and if I did ask for help, what would I say? If I said a man was staring at me, people would think I was crazy. I was also not sure if anyone would help me if I asked, or ignore me.

Why didn’t you confront him, he may have backed off?

I was too scared. I don’t feel strong enough to fight a man. What if the situation turned ugly? So I chose to be quiet and avoid trouble.

Why didn’t you call security or the train driver?

I wasn’t sure what I was supposed to do since it wasn’t an emergency. There are no security guards at the stations whom I could go and complain to. How could I get in touch with the train driver? I had absolutely no idea which authority I could go to for help!

What would make you feel safer or more confident to deal with such situations if they ever happen again?

I wish I had some sort of self-protection device with me. It could be a pepper spray, a taser or a weapon for all I care. If I have something that I can get into my hands and use it against the harasser, I may feel more confident to either face him or stay calmer under such situations. I still wish I don’t have to ever go out there again, but since I must, I would like to carry something to protect me.