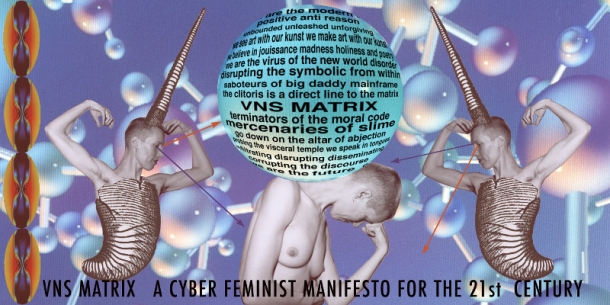 Cyber has become a common prefix in the last decade. Cybershopping, cyberbanking, cyberpunk, cyberbullying; the list of cyber prefixed words is never-ending. Ever heard of feminism on Internet?  It is called cyberfeminism.

Feminists across the world have used blogs, websites, Facebook, Instagram, Twitter and many more such portals to disseminate their ideas and opinions. The information shared across the Internet can be in the form of memes, videos, text, pictures, hyperlinks and other forms of media. These interactive platforms have not only opened avenues for candid debates and discussions, but also served as portals for a wide range of women’s health information.

Vagina Pagina is an online community started in 2001 to address women-related health and sexual issues.

Feministe was started in 2001 with an aim to prioritize women’s voices and serve as a medium to exchange different opinions.

Hello Ladies talks about issues that matter to women by integrating feminist ideals with everyday life.

Feministing is a community blog, which provides a platform for activism and feminist writings and connects feminists worldwide.

Bitch Magazine blog is the online version of Bitch: Feminist Response to Pop Culture, a print magazine famous for media criticism and feminism.  Its mission is to provide and encourage an engaged, thoughtful feminist response to mainstream media and popular culture.

Finally Feminism 101 was started in 2006 and provides resources for both feminists and those questioning feminism.

Apart from websites, there are also a few successful projects such as ‘I need feminism’ and ‘Everyday sexism’. . Facebook has a number of feminist pages where people can have open discussions on several issues regarding feminism, which was not possible earlier, and the entire Social media does a great job in disseminating the information more effectively and relatively faster. It has allowed both women and men to debate and openly express their opinions, making them participants and not simply consumers. Facebook has come up with a variety of pages like ‘Being Feminist, ’ ‘Feminist India’ and ‘The True Lebanese Feminist’, which are operated by the common users and have some excellent content.

Since online communication is constant, feminist movements and alliances are regularly formed online.  Planning a march, sharing information from an event, signing a petition; all this happens rather quickly online.

Cyberspace has allowed a greater connectivity between feminists around the world. Along with connectivity, there has been an increase in awareness among people, something that was rare before the advent of Internet.  The Internet is giving the feminists a much-needed space for better interaction, awareness and connectivity. Women, who were traditionally considered technologically, challenged, are now operating feminist websites, blogs and pages, which are becoming popular around the globe. Cyberfeminism no doubt has a role to play in empowering women and having healthy debates and discussions on issues of gender.