Observance of International Women’s Day at the UN

This year, the theme was TIME IS NOW: Rural and Urban Activists Transforming Women’s Lives.

Sade Baderinwa, WABC News moderated the event. Mr. António Guterres, Secretary-General of the United Nations kicked off the event by reminding us that we are in a pivotal moment for women’s rights. The TIME IS NOW to speak out against sexual violence. Most of all, the time is now to step it up for gender equality. Seems like, for the 1st time ever, UN now has parity in the organizations’ senior management committee, the top level of this organization.

And while there was a notable lineup of speakers, such as activists Mónica Ramírez (Co-founder and President of Alianza Nacional de Campesinas) and Marai Larasi(Executive Director of Imkaan), the two women who brought the house down were: Reese Witherspoon (Academy Award-winning actor and activist) and Ms. Danai Gurira (Tony-nominated playwright, actor and activist). 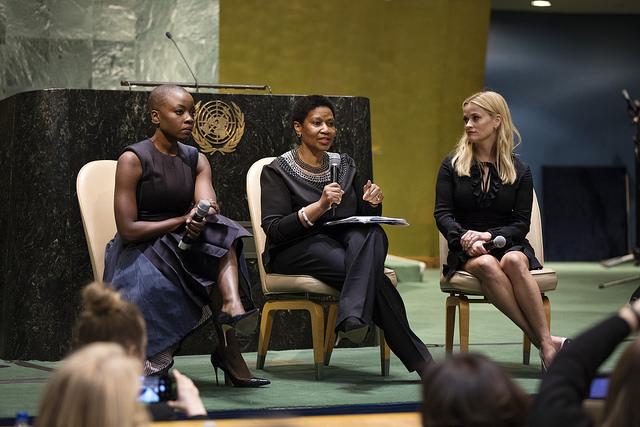 Reese Witherspoon highlighted the importance of the #MeToo movement. In her words “We’re not going to stop, we are going to stand up for the women next to us.” In addition, The Time’s Up legal defense fund set up connects those who experience sexual misconduct including assault, harassment, abuse and related retaliation in the workplace or in trying to advance their careers with legal and public relations. Since January 2018 the fund has raised 20 million dollars and already helped 1500 women. Reese said, “Understand that we are not going away, that we are not going to be quiet, we want to see ourselves represented 50 50”.

Ms. Danai Gurira moved the audience and me by her emotional and passionate speech. In her latest movie, Black Panther set in Wakanda, women, and men work shoulder to shoulder and their abilities are equally valued in the society. That representation and image have brought so much response and attention to the film. But unfortunately, in the real world, that’s not the case. So we need to ask ourselves why aren’t there more women generals? “It’s about how we make sure those girls and women, their potential is not left on the floor.”

I was also invigorated by the brilliant performance of Drew Olivia Tillman a 12-year-old girl. She enthralled the audience with the song – Roar.

International Women’s Day is an opportunity to stand in solidarity with all those, especially women, standing up for gender equality. Because there is a need to shine the spotlight on those who are often unnoticed. Finally, starting next week 10,000 women will descend on New York City for the 62nd session of the Commission on the Status of Women. This year’s theme is Empowering Rural Women and Girls. So over the next 10 days, organizations, institutions, activists, policymakers around the world will focus on the challenges and opportunities these women face. The past year has seen unprecedented global efforts for women’s rights, equality, and justice. Consequently, extraordinary movements around the world are born. So let’s ensure the momentum does not die. Whether you are marching in solidarity or raising awareness through viral social media campaigns, let’s keep the flame alive and galvanize the world for a future that is gender equal. 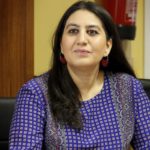 Dr. Shruti Kapoor is a gender equality activist and the founder of Sayfty. You can read more about her here.