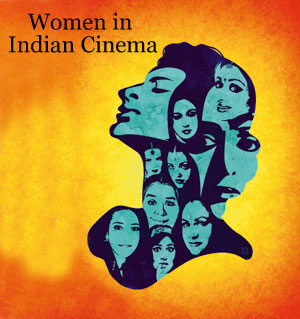 Indian Cinema may not entirely reflect the Indian society but it certainly works as a powerful tool that shapes social engagements, culture and behavior. For millions of Indians, films have been routes to escape the struggles of their daily life and a source of inspiration where the unreal is possible and dreams achievable. Films not only entertain, but can play a major role in educating, informing and changing mind-sets of millions who watch them. Unfortunately over the years Indian films have not been very supportive towards the Indian woman and have continued to misrepresent her, degrade her and at times tease and torment her and regrettably the society has accepted this too.

In the 100 years of Indian Cinema, women have played myriad roles in the predominantly male driven industry. From a subservient and supportive wife or love interest of a dynamic protagonist, a long suffering mother, a damsel in distress who is recused by a courageous man, a beacon of traditional values to sometimes a vamp aiding the villains or dancing for them. Conventionally the woman’s principal character in Indian Cinema has not allowed her to be independent, individualistic, dominant or influencing.

The masala movies that are brought out dime a dozen have further harmed the already sparsely built image of a woman within the Indian Cinema. Indian films have steadily damaged the image of an Indian woman, first by portraying her as a helpless victim and then making her a bold seducer and then eventually an ‘item’ girl and honestly no other word commodifies women like the word ‘item’ does. A variant of it is perhaps ‘maal’ which roughly translates to property in English and both have been used countless times in songs. When the lead protagonist sang ‘Main toh ladki ghuma raha tha’ a hit number from Coolie No. 1, it started a rage of songs with unsubtle allusion to women as objects to be flaunted and ‘taken around’ and several similar films thrived on slapstick and ambiguities. Then followed a row of demeaning songs with lyrics like “Main toh tandoori murgi hoon yaar, gatkale saiyaan alcohol se” or “Tu hai mind blowing maal, aaja nach le” or “Munni badnaam hui”.

Are films losing a grip on basic decency by endorsing scenes where the so called hero stalks his love interest, forces her into a relationship, kidnaps her for love and then makes her fall in love with him, creates a ruckus in a drunken state? One would wonder, are the films are also crossing the lines of basic sensitivity? A scene from ’3 Idiots’ that build a joke around the word balaatkar (rape) may have brought theatre after theatre down in laughter, but this scene completely diluted the implications of rape and insulted every single woman who has been a victim of the heinous act.

The question one would ask now is whether Indian Cinema really depicts the Indian society or does the Indian society simply accepts the depictions of the Indian Cinema and follows it? People follow the movies and movie stars with ardent adoration and want to be, behave and dress like them. Yes they will not murder or rob inspired by movies but in a society where women are already treated as unequal to men. Indian Cinema has an added responsibility towards how it portrays women.

Over the years there have of course been sporadic movies like Mother India, Bhumika, Mirch Masala, Astitva, Lajja, Dor, Kahani or Barfi. Each of these have given the female lead a substantial and significant angle and with a box office success have proved that the Indian audience have taste for meaningful subjects. There is a thin line between creative freedom and misogyny and it is up to the talented men and women of our film industry today to figure out where to draw that line.

We are a society proud of the vibrant women who have made their mark in politics, education, corporate sectors, research, social reforms, art and every other avenue. The dynamic Indian woman today is independent and individualist. She is not naïve enough to be victimized, nor is she waiting for some miraculous hero to save her, she has her own ambitions and focus and when someone misbehaves with her she knows how to defend herself!

It’s been 100 years and it’s time the Indian Cinema gives its actresses the lead role with depth and character to truly lead and inspire. Is it not time the cinema stops commoditizing women and degrading them through item numbers, vulgar lyrics or inappropriate characterization? Don’t we deserve films that build positive influence on the society they mirror specially when 50% of this society are women!