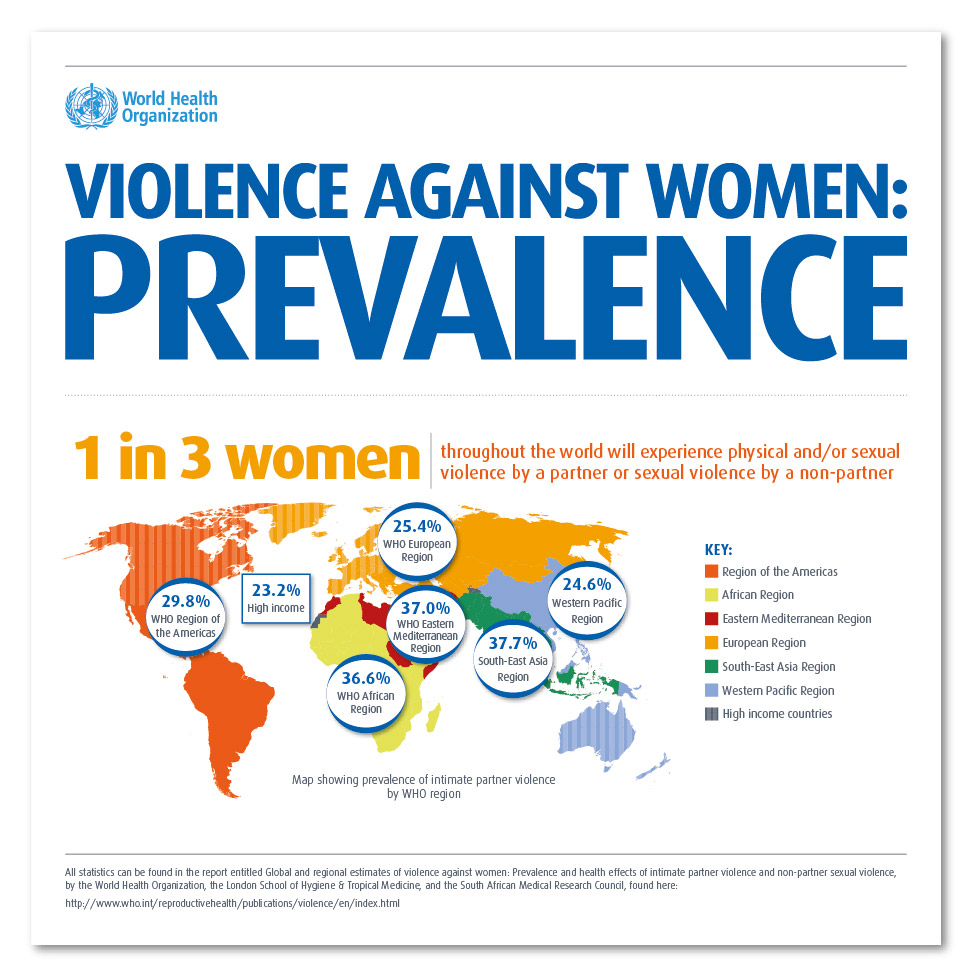 We regularly hear and read about acts of violence against women (VAW) and many times turn a blind eye to the atrocities thinking something like this happens only amongst communities which are either economically challenged or less educated and not in our neighborhoods. This is a misconception! The latest report published by WHO in 2013 proves the same and asserts that acts of VAW are not isolated events but rather form a pattern of behavior that violate the rights of women and girls, limits their participation in society, and damaging their health and well-being. This report marks a big advance for women’s health and rights and asserts that no public health response is complete without prevention and that VAW can and should be prevented.

There has been a delusion that VAW is seen outside the home rather than within the. Globally 30.0% women face an act of violence through their intimate partner (i.e at home). As many as 38% of all murders of women are reported as being committed by intimate partners and 42% of women who have been physically and/or sexually abused by a partner have experienced injuries as a result of that violence. These are numbers are shocking and it certainly is more alarming when one sees the impact of these numbers on the mental and physical health of the woman and thereby the region. According to the data collected from 79 countries and two territories pervasiveness of such acts have been highest amongst Africa, East Mediterranean and South-East Asian Regions as compared to the other regions globally. 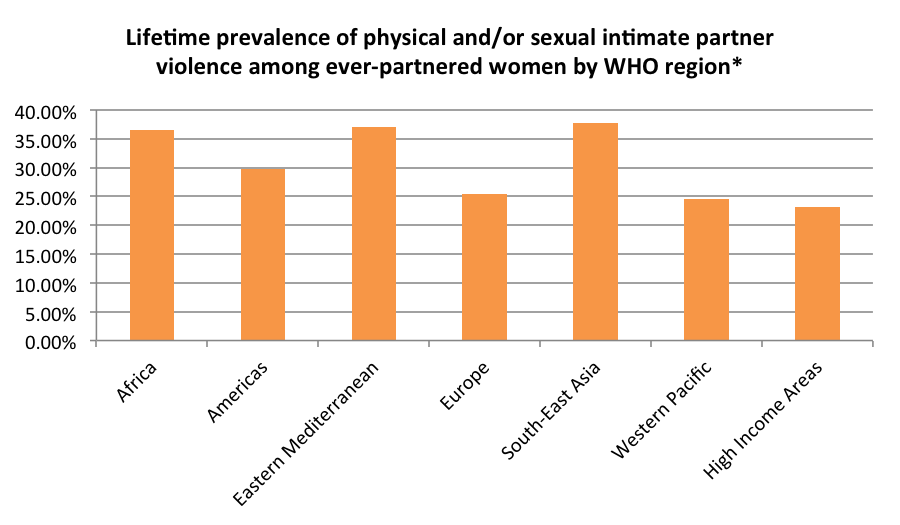 Source: WHO 2013 Report – Global and regional estimates of violence against women * Europe in WHO regions applies to Europe’s low and middle-income countries. Countries like the UK and France are classed under the ‘high income’ category

It is not just the staggering statistic of the number of women that shocks us but also the age of these women that causes an alarm. The study observed that the prevalence of exposure to violence is already high among young women aged 15–19 years, suggesting that violence commonly starts early in women’s relationships. Prevalence then progressively rises to reach its peak in the age group of 40–44 years. The reported prevalence among women aged 50 years and older is lower. But since most surveys were carried out on women aged 15 or 18 to 49 years it cannot be concluded that women over 50 years do not face violence. This means that act of violence starts early in these women’s lives and continues throughout the rest of her life having her suffer several years of constant abuse and torture. Years of constant abuse certainly takes its toll on the woman’s mental and physical health and the health and stability of her children and family. 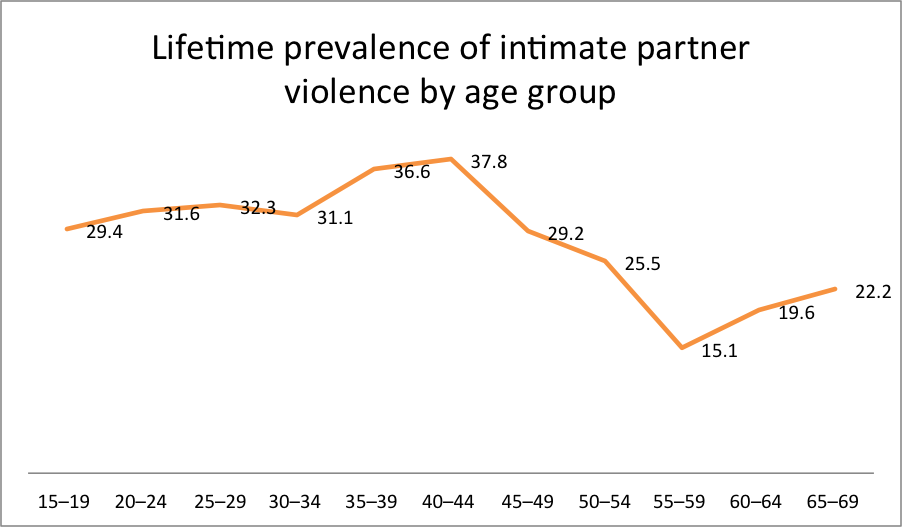 Source: WHO 2013 Report – Global and regional estimates of violence against women

This report highlights a significant public health problem, as well as a fundamental violation of women’s human rights and exposes the devastating consequences violence has on women’s physical, mental, sexual and reproductive health.  The report’s key findings on the health impacts of violence by an intimate partner were:

Is it true that act of violence through non-partners are greater in underdeveloped countries? The report puts the speculations to rest 1 in every 3 women will experience act of violence in her lifetime and the global lifetime prevalence of non-partner sexual violence is as high as 7.2%. Based on data from 56 countries and two territories it is observed that the highest lifetime prevalence of non-partner sexual violence is reported in high-income and African Region and is not isolated to either or.

What are some factors explaining the global variation? According to the report, there is a need to address the economic and sociocultural factors that foster a culture of violence against women. Social norms that support male authority and control over women must be challenged. Childhood exposure to violence must be reduced. Discriminatory family laws need to undergo reform. Women’s economic and legal rights must be strengthened thereby eliminating gender inequalities in access to formal wage employment and secondary education.

The findings of this report do send a powerful message that violence against women is not a small problem but rather a global public health problem of epidemic proportions requiring urgent action. It is time for the world now to take some action for a life free of violence a basic human right, one that every woman, man and child deserves.

Reference: Global and regional estimates of violence against women: prevalence and health effects of intimate partner violence and non-partner sexual violence, WHO 2013