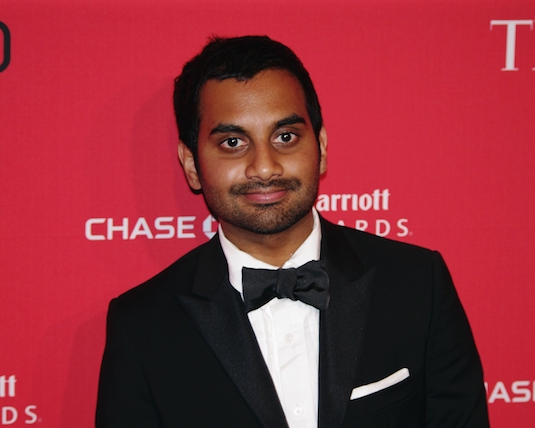 One year ago, the Women’s March descended upon Washington, D.C., and, in fact, the world. Women all across the globe, along with supportive men, gathered to protest and bring awareness to issues like sexual harassment, discrimination, and equal pay. It was a rallying cry to the masses, saying, “You’re not alone and we’ll fight together!” After the marches, there was uncertainty as to what would happen with all that energy and momentum – was it a flash in the pan or would this moment spark real change?

Now, after the Weinstein scandal and dozens of others, we have some answers. Victims of sexual harassment and assault are coming forward with allegations and testimonials against those in power, in Hollywood and elsewhere. As a result, Harvey Weinstein, Al Franken, and others have been forced to resign their positions. Victims of Larry Nassar, a former doctor for USA Gymnastics who pled guilty to sexually assaulting his patients, recently gave their statements in court. In addition to these real consequences, there has never been more awareness or conversation about issues around sexual assault and, more recently, consent.

Aziz Ansari, one of the most notable Indian-American actors and comedians, was recently accused of sexually assault. The morning after a date with Grace, the woman making the allegations, Ansari texted that he had fun and she replied, in part,

“Last night might have been fun for you, but it wasn’t for me. You ignored clear non-verbal cues; you kept going with advances.” She went on to say, “I want to make sure you’re aware so maybe the next girl doesn’t have to cry on the ride home.”

Ansari replied, “I’m so sad to hear this. All I can say is, it would never be my intention to make you or anyone feel the way you described. Clearly, I misread things in the moment and I’m truly sorry.”

After this story broke, Ansari released a full statement, which you can read here but here is an excerpt:

“It was true that everything did seem okay to me, so when I heard that it was not the case for her, I was surprised and concerned. I took her words to heart and responded privately after taking the time to process what she had said.

I continue to support the movement that is happening in our culture. It is necessary and long overdue.”

The Difference Between Sexual Assault, Harassment, and Misconduct

In the United States, there is no legal definition for sexual misconduct but it’s typically used as a catch-all term for sexual impropriety because what constitutes assault or harassment varies by state. Under the Civil Rights Act of 1964, sexual harassment is a civil violation prohibited by law in all 50 states. Legally speaking, sexual harassment only covers acts committed in work or professional settings. Finally, sexual assault is categorized as criminal behavior in state and federal law. However, the definition varies by state. You can read more in a recent piece by Vox.

What Makes This Scandal Different?

What makes this scandal different from the others is that Aziz Ansari is overwhelmingly loved and has always been seen as a feminist, both in his comedy routines, personal appearances, and his Netflix show, Master of None. The first example of Ansari’s feminist leanings that came to my mind was his appearance on The Late Show with David Letterman, where he said that feminism just means that men and women are equal and it’s not about one side attacking another. Master of None regularly showcases issues that highlight minorities and women, including a sexual misconduct storyline.

Personally, I was a huge fan of Aziz Ansari, both in his standup and performances in shows like Parks and Recreation and Master of None. He’s a first generation born Indian-American, like me, so hearing him talk about his culture and family experiences really resonated with me. And seeing his views on feminism and equality in general made me an even bigger fan. He gave off an image of being, socially-aware. We assumed that Ansari was practicing what he was preaching. Other scandals and allegations made against powerful figures were shocking. But, they seem to reach another level of shock, horror, and disappointment when they involve someone you hold in high regard.

Another reason this scandal stands out is that the nature of the incident itself raises so many questions, including:

When I first heard about the allegations, I was unsure of what I thought, which made me feel a bit guilty because women (and men) coming forward with their deeply personal and heart-wrenching stories SHOULD be believed. But, once Ansari came out and essentially confirmed Grace’s account of their date, it became impossible to ignore the truth. More than the others, this scandal really made take a hard look and ask myself if my support of the #MeToo movement was conditional – would I only immediately believe survivors if I felt apathetic or unsympathetic towards the alleged perpetrators, or was my support absolute? I would like to think I lean towards the latter; I just have to remember that I shouldn’t put anyone, especially someone I don’t know personally, on a pedestal.

There has been a huge response to this scandal, from those decrying Grace’s story to those blasting Ansari’s seemingly hypocritical actions. And then, there was a blog post by actress Jameela Jamil about consent. I encourage you to read the entire post but here’s the part that struck me:

“CONSENT SHOULDN’T BE THE GOLD STANDARD. That should be the basic foundation. Built upon that foundation should be fun, mutual passion, equal arousal, interest and enthusiasm. And it is any man or woman’s right at ANY time to stop, for whatever reason.”

I think what comes next is to keep having these important and super-awkward conversations. We need to break free of our preconceived notions, assumptions, and insecurities so we can have honest and open dialogues about consent and how we should treat one another.

What do you think about the allegations against Aziz Ansari? I think the Ansari allegations remind us that not every perpetrator or harasser has to embody a Disney villain. They are in every industry and present in every walk of life. It’s up to us to stand together, shine a light on these heinous acts, and end this appalling behavior.

I’d love to hear your thoughts about the #MeToo movement and Aziz Ansari so please drop us a comment! 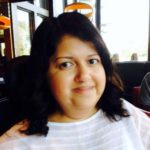