On 16th December 2014, the National Commission for Women released an advertisement in all national newspapers. The advertisement under reference praised all women of the country by calling them brave and fearless. It “saluted” the spirit of womanhood in India. It was a move on the part of the state to appear as a body that respects women and believes in empowering them. The advertisement came out on the second anniversary of the Nirbhaya gang rape. So two years down the incident, the state had turned a dark day in the history of the nation into a celebration of womanhood. As a woman, I felt more insulted than empowered on seeing the advertisement because in spite of two years having passed since the incident had taken place, the state was yet to take action against the guilty. The case is yet to receive a final hearing and justice awaits to be delivered. When a case that shook the nation is lying pending in the court and my state is saluting women for being brave rather than making laws to help them, what hope do I as a woman have in my country?

Safety is a major concern for women all over the world, yet in India this concern ranks much higher. With a woman being raped every twenty minutes, this is not a country for women. This is a country that sees women as Goddesses, but yet refuses to see mothers, sisters and daughters as people. We live in a patriarchal system that does not appreciate a woman crossing the threshold of her domestic sphere and exploring the world. Her family and home is supposed to be her sphere of activity and her transition away from it is not well received. Women in India are controlled and their sexuality has unfortunately become a major reason for that. Women are seen as beings that need to be protected. Being a patriarchal society, you would expect the focus to be on the celebration of manhood here but rather the protection and domination of women seems to be the preoccupation of the society. In our country, the state tries to bring out a number of schemes and campaigns to “empower” women. It will start campaigns dedicated to the cause of saving the girl child or try to create laws to “help” women. It appears to be working in their interest and trying its best to uplift their status, yet with our laws still using words like “shame” and “modesty” when talking about rape or sexual assault, women empowerment has become an interesting combination of words which when examined closely turns out to be empty of any meaning.

The women of this country don’t need their wings clipped and their activities restricted in the name of safety. They need freedom to move around and laws who premise does not lie in victim blaming or morality. However, there is a major problem with making laws like this perhaps. Unfortunately there is no one to make such laws. In a parliament where ministers have multiple cases of sexual assault charged against them, who will make the laws to protect the rights of women? When the political parties and the state itself is guilty of crimes against women, the woman has hardly anywhere to go to seek justice.

Speaking of safety, all the debates and discussion tend to focus on safety outside the threshold of the house but there are incidents where the perpetrator lives within this sphere. To all the people who suggest that a woman must be protected by the male members of her family, a major question needs to be asked – Who is to protect this woman from them? Marital rape is still not an offense in India. Cases of domestic violence of sexual abuse at home are not brought to forefront because the “honour” of the family comes before the rights of a woman. Women are guarded and protected from external perpetrators to save the family “honour” but when the oppressor lives within the home, the “honour” lies in keeping quiet. This façade of “honour” and its uncalled for burden on women has made the lives of women hard and a far cry from being empowered.

Women’s empowerment is a term that is used very casually by all but what is empowerment and moreover who is empowered? Am I empowered if I am educated? Am I empowered if I am economically independent? In my opinion, I am not. Empowerment cannot only be looked from one lens. It has to be looked in association with a number of factors. It has to be contextualized. If an educated woman is afraid to go after dark, if she has to dress in a certain way to avoid attention, if she has to carry a pepper spray in her bag, if she has to keep updating people about her whereabouts every time she leaves the house, the country has a long walk to women’s empowerment. In the world of today, I believe empowerment has to go beyond the traditional definitions. Empowerment has to be inclusive of a lot of groups, and that includes men. You cannot talk about women empowerment and leave men out of the picture. The patriarchal structure that is burdening women, is also strangling men. To think that patriarchy is only harming women is the wrong way to go. Men are brought up thinking that they cannot have emotions, that they can’t cry and that they have to be responsible and protect women. If women are to be empowered, the minds of men need to be changed. Women need to be made to understand that they have an identity beyond their man. Men have to be made to understand that they don’t own women, that they have no right over their bodies and women don’t need to be guarded and protected and most important of all – Consent matters.

Women need to come out and claim spaces. They need to reclaim the world as their own because they are no less than any man. The state also has to be more active in the women’s movement and not a mute spectator. Perhaps then safety and empowerment would be a dream not far from realisation. To conclude it in the words of Virginia Woolf, “Anything may happen when womanhood has ceased to be a protected occupation.” 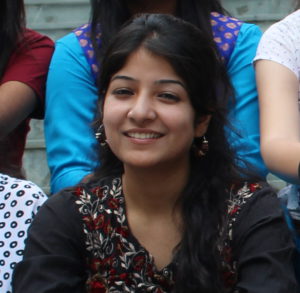 About the Author
Azra Qaisar is a student of Journalism and Mass Communication (Hons.) at Lady Shri Ram College, University of Delhi.