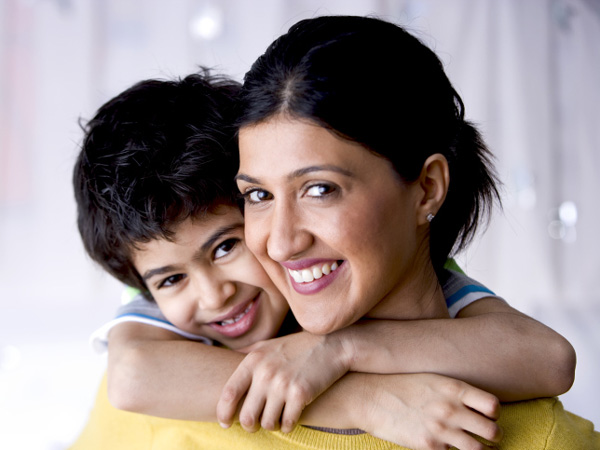 The instant you look into your new-born son’s eyes you know that every hope you have for his future depends upon what you do from that moment on. A boy’s mother always wonders whether he will grow up to be a caring, confident, responsible man who respects women; but to raise boys who respect women means teaching them a lot more than simply opening doors and pulling chairs. In fact, manners are just the beginning; it takes more effort to undermine the negative messages given out regularly by the larger society. A society where violence against women is accepted as daily business, where incidents of rape and wife battering are steadily increasing, where women still earn far less than men and where the unreasonable expectations imposed on women have resulted in an incredibly high rate of physical and mental stress.

A change in such a society is possible when we start raising boys who understand and respect women. We need men who care about women for they are more likely to speak out when they see women being mistreated and are more likely to have happy and respectable relationships. These are the kind of men who are more likely to raise stronger daughters and help create a more compassionate society. To raise such a man is a persistent process that involves a conscious effort by both parents.

Stay Away from Gender Labels

Many a time parents tend to deliberately differentiate between boys and girls from their colors to activities, driving a clear message to children that boys and girls are different. Many parents don’t want their sons playing with dolls fearing that they might grow up to be girly or their daughter playing rough sports fearing that they might grow up to be overtly manly. There is no study that proves that boys who play with dolls grow up girly. In fact they might just grow up to be more caring sons, husbands and fathers who respect women. As a parent it is important to make sure you reiterate to your son that there is no difference between men and women. They both have the same emotions, feelings, goals, dreams and capabilities. Be careful when you speak too, don’t generalize statements like ‘women are bad drivers’ or ‘men are meant to be tough’ as children accept such statements literally and they grow up subconsciously believing them.

Be Careful about Their Exposures

Children today are heavily exposed to advertising and media from a young age, and it’s not unusual for a first grader to watch six or seven hours of television a day. No matter how much television your child watches, the messages of the media have a strong impact. Cartoons and commercials are filled with messages that boys and girls are fundamentally different, and television generally is full of violence, especially sexualized violence. Try to keep your child’s TV watching to a minimum and work on raising his critical thinking skills. Ask him about the messages he sees on TV and make sure you point out how different “real” women look from the women on TV. You can’t lock your child away from the world, but you can use the negative messages he may encounter in the world as an opportunity to encourage his critical thinking skills and thus teach him something. The same applies for messages he may get through extended family members, friends and acquaintances. You can turn a negative message into a teachable moment and help your child differentiate between reality and make believe. Encourage your son to read instead of watching TV. Ongoing studies at York University in Toronto show that people who read more fiction score higher on empathy tests as the parts of the brain we use to understand how fictional characters feel are the same ones we use to figure out how real people feel.

Think Before You Speak

At times what we say may not be who we really are, for we may say many things just to fit in, but the more we keep repeating something verbally, the more we start internalizing it and letting itaffect our behaviour or attitude on the subject. Be careful about making sexist comments yourself and if you hear your son making negative remarks about women, don’t let it slide by. If you don’t correct your son at that very time, he will start believing this to be acceptable. Use such opportunities to talk about the dangers of sexism and find out why he decided to say what he did or use inappropriate language. Reason with ‘what if’, encouraging your son to put himself in others’ shoes. This helps him realize how his words or actions may impact others.

Be Candid when Discussing Sex

Often boys’ parents do not feel the pressure or see the importance of discussing sex or dating with their adolescent son. It is more important for boys’ parents to discuss these topics because sexual pressure and rape is shockingly and tragically common among adolescents and boys play a significant role here. Make him realise that not only boys like sex and girls enjoy it too and only when they feel comfortable. This way he doesn’t feel the need to pressurise or force the girl but will be more understanding about her needs. He needs to understand that if the girl is uncomfortable he has to immediately back off.

Many parents are hesitant to discuss the negative elements of society like sexism, racism, corruption, etc. You need to realize though that if you do not discuss these issues with your child, someone else will and they are almost always at a risk of being misinformed. It is important that your son understands that sexism isn’t harmless, that if affects women and that he should be prepared to speak out against it. He needs to understand that physical, verbal or mental abuse can affect a woman’s health and can be harmful to her. Encourage him to stand up to friends if required; it may be difficult, but make him realize that this will gain him the respect of women in addition to helping him be a strong ally in a just cause.

Involve Dad and be a Role Model Yourself!

Dads are the very best people to talk to boys about respecting women. Children imitate their same-sex parent, and if dad endorses the cause of fighting sexism and respecting women, his son will too. This holds true to dad’s behaviour at home too, when interacting with mummy, if dad is able to admit when he’s wrong, apologize when necessary, and speak and behave respectfully, especially during a disagreement, his son will follow his footsteps. Additionally the very best way to get your child to behave the way you would like them to is by modelling the behaviour that you would like to see. Be the confident, independent, vocal and socially aware woman and command your respect. Make sure your son talks to you with the same respect and understanding as you expect him to with any other woman.

These are just a few bits and raising a child is not a 5 point process and requires consistent commitment and persistent effort. It is not easy to raise our boys to be good men, but it sure is worth all the efforts!

I’m sure you may have more suggestions you may like to share, so do go ahead type in your thoughts too.