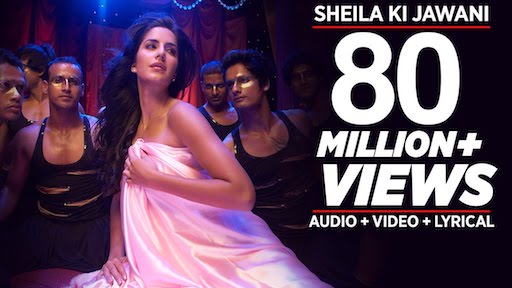 Is the inadequate portrayal and remuneration of women in Bollywood a reflection of the larger Indian society?

Bollywood has often been a source of homeliness to Indian students studying away from home. A member of this international student club, I often found myself watching melodramas like ‘Kabhie Khushi Kabhi Gham’ to cure my homesickness. I grew up in the presence of a strong patriarchy, Bollywood in its sexualized, submissive portrayal of women is an effective reminder of home. Every ‘item song’, every “older” actress playing the mother and every actress forced to “feminize” herself (like Kajol in Kuch Kuch Hota Hai) is a reminder of the Indian society.

The Commodification of Women

Let’s start with the ‘Item Song’ issue. These catchy tunes, often portraying a single woman attempting to lure men with her sexuality, implicitly depict the visualization of women in the Indian society. Women are mere ‘items’, commodified for their sexuality. Every woman you pass on the street is a Sheila or a Munni, flaunting their jawaani or waiting to be badnaam. Is it fair to draw this conclusion? The entertainment industry is a for-profit industry that creates its product upon the consumer’s demand. In other words, it caters to the public demand dominated by the male audience. So, it is only logical that the entertainment industry produces films and songs that inherently objectify women.

On one hand, actresses in Bollywood endorse women empowerment. For example, a Titan Raga advertisement starring Nimrat Kaur portrays her to have chosen her career over a chauvinistic partner. Despite their endorsements for women empowerment, actresses undertake ‘item song’ performances. Juhi Chawla, once a popular Bollywood actress, openly condemns item songs. She emphasizes on the discomfort she felt while filming these numbers. Being the only woman on ser didn’t benefit her either. It discouraged her further from voicing her opinions.

Rowdy Rani, a blog that brings a feminist perspective to film and current affairs, suggests ways to interpret the obscenities in songs. The idea of consent plays an important role in determining the nature of these songs. Are men considering the actress’ consent? Is the song depicting the actress’ acquiescence despite her constant refusals? More importantly, is the woman the object rather than the subject in the song?  Lastly, would the audience’s perception of the song change if men and women’s roles were reversed?

Cameo Appearances of the Wage Gap

Women are not only portrayed inadequately, but also paid lesser than male their counterparts. Bollywood’s top male actors earn approximately five times more than their female counterparts. For instance,  Shah Ruk Khan and Salman Khan earn around $4.5-5 million per film. On the contrary, actresses such as Deepika Padukone and Kangana Ranaut earn as much as $1-1.2 million per film.

The disparity appears to be sprouting from within the industry. However, in the deception of appearances, we forget that as an audience we contribute to this disparity. For example, the woman-centric movie Queen earned $15 million at the box-office. Whereas, Salman Khan’s Bajrangi Bhaijaan earned $95 million. Hence, as an audience, we value male-centric movies more than female-centric ones! We would rather watch Salman Khan’s testosterone fuelled action sequences than Kangana Ranaut’s liberation in Europe. Hence, I will reflect on my actions and think if they directly contribute to the wage gap in Bollywood. In fact, it is my demand that appreciates the value of actors, isn’t it?

Larger Role of the Wage Gap 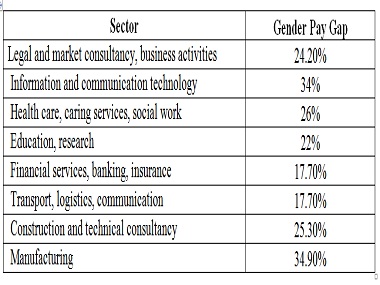 Unfortunately, the wage gap extends beyond the entertainment industry. It is a practice that exists in all sectors of the Indian economy. According to Monster Salary Index 2016, the manufacturing sector tops the list with a wage gap of 34.9%. This Information Technology or the IT sector is in close competition with a wage gap of 34%. On the whole, Indian men earn as much as 25% more than their female counterparts. So, the practice of disproportionate remuneration isn’t a Bollywood phenomenon. It is a practice prevalent in the Indian economy, of which Bollywood is a mere component. So, aren’t Bollywood’s practices a reflection of the larger Indian society?