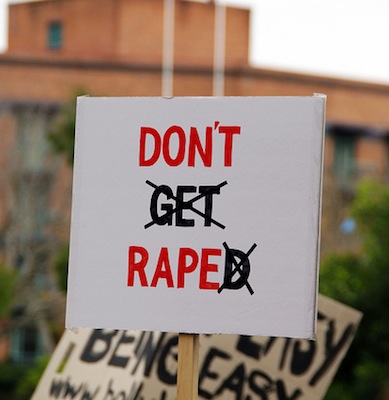 India is a diverse country and full of contradictions. On one side we have a long history of influential women leaders while on the other, girls and women are asked to dress in a certain way to not entice men into raping them. Women are sacred only for as long as they follow a prescribed outline of how to look, behave and speak. Our society’s answer to sexual assault survivors “Shut up or be shamed!”. Women are asked to cry to themselves and not ask for the help they deserve, while the perpetrators walk tall and free.

A One Stop Crisis Centre is a community-based organization affiliated with the anti-rape movement. It helps victims of rape, sexual abuse, and sexual violence. As social movement organizations, they seek to change social beliefs and institutions.  Many South Asian countries including Malaysia have these such centers. In 2014, India’s first such organization opened up in Bhopal.

Ideally, One-Stop Crisis Centres (OSCCs) comprise of a doctor, a counselor, a police official, and a visiting lawyer. All of these facilities under one roof so that the treatment and rehabilitation of the survivors of sexual assault can start immediately. In the official concept note released by the Women and Child Development Ministry on June 30, 2014, it is mentioned that 660 ‘Nirbhaya centers’ or OSCCs would be set up across India. In 2015, President Pranab Mukherjee was proud, announcing the approval of 36 centres, while the intended and needed number of centres are 660. He treated the approval of 36 centres as an achievement. 3 years later, with a new government, there is little to no improvement.

In September 2017, The Indian Express reported that there are 151 OSCCs around the country. While Delhi is still grappling with women’s safety issues, this number is a sign of progress. The stigma is very real, and it has not been very long since new media sources have raised concerns about the way Indians take on sexual assault.

How successful are they?

The Aparajita center set up in 2013 is one of the pilot projects before the central government developed the One-Stop Centre scheme using the Nirbhaya fund. However, currently, this center is doing little to provide integrated services to women survivors of rape and sexual assault because the criminal justice system has yet to consolidate procedures for victim assistance. “If a rape victim comes here, we help her file the FIR in the related police station,” the counselor said. “But for her medical exam, she has to go to the related hospital because a magistrate will only accept that.”

A doctor at Jaipuria hospital, where the center is situated, was scathing about the inconvenient bureaucratic requirements. “It’s a failed project,” he said. “The concept was that police investigation, medical, and legal help, all would be provided in one place. But if the victim has to go back to the police station which has the territorial jurisdiction, what’s the point of the One-Stop Crisis Center?” Currently, the center is mostly resolving marital disputes!

Lack of trained counselors, little access to legal aid, and a failure to link these centers with helplines reduces their effectiveness. As a result, they fail to serve the victims. There is little public awareness regarding the centers, too. “Walk-in patients in our one-stop centers are very few. Not much awareness. [Survivors] are mostly brought by police,” said Puneeta Mahajan, medical superintendent at the Baba Saheb Ambedkar Hospital in Delhi, which also operates a one-stop center under the Delhi government scheme. Psychologists or professionally trained counselors aren’t available at these centers.

An international NGO, ActionAid was the first organization in India to work with the Ministry of Health and Welfare, in order to get the first One Stop Rape Crisis Centres open and working. The MP government, through the initiative, GAURAVI- the campaign for women’s dignity and protection has promised to reach women and girls across all 50 districts of Madhya Pradesh soon,” shared Ms. Sarika Sinha, Regional Manager, MP, ActionAid India. The popular show Satyamev Jayate conceptualized and hosted by Bollywood actor Aamir Khan also raised similar problems faced by survivors of rape. There is a need to implement the suggestions by the Justice Committee. The show also highlighted ActionAid India’s work on the issue and a study which debunked many myths related to women’s clothing and attitude and established that rape is also about power.

The norms around sexual assault reporting

News sources are always under dispute. Some take strong stances, while some serve private interests. An ex-Telangana chief minister opened a new channel for himself; this is the extent to which all of our news have a motive behind them. One issue I always take with our newspaper and channels is the way they report and talk about feminist issues. Feminism is still a grey area word, so let’s go with equality issues.

In 2016, Times of India (I could write up a couple of dozen articles ripping apart most of their content) published an article titled, “Women’s Day gift: Govt to come with four one-stop crisis centers”. The word gift took me by surprise, as it should. While the ideal environment would be a world without sexual assault, it isn’t reality. We should work towards overcoming our flaws instead of taking pride in doing the bare minimum. Helping women who are victims, isn’t a gift. Any government whose purpose is to serve the people should take extreme efforts to ensure future prevention and rehabilitation of sexual assault and sexual assault victims.

So lets us all encourage our loved ones to speak up and debunk the myth of victim shaming. No one should ever have to go through this process alone, let’s deal with our flaws better.