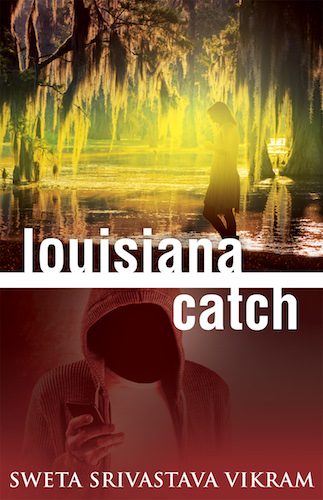 Rape is never an easy topic to talk about. We are talking about a violation of a human being’s body, trust, emotions, sanity, and confidence by another human. It seems unthinkable when you put it that way, no? Unfortunately, marital rape exists in most societies.

Many people don’t think of marital rape as rape. It’s not something happening in a dark alley. There is no gun-to-the-head situation. It involves no stranger-danger. It’s the husband, a woman’s own partner. Some brush off marital rape as an unpleasant part of a woman’s marital duties; others categorize marital rape as attention and affection from the husband towards his wife, thankfully not his mistress.

Stop! Women aren’t commodities. Marital rape is still a violation. Women do not belong to their husbands. Rape within marriage isn’t any form of love. It’s a form of domestic violence and sexual abuse. A NO means a NO.

What Is Marital Rape?
“Marital rape is defined by any unwanted sexual acts by a spouse or ex-spouse, committed without consent and/or against a person’s will, obtained by force, or threat of force, intimidation, or when a person is unable to consent.”

There are various types of rape, including battering rape, force-only rape, and obsessive/sadistic rape. Not to mention, marital rape lives in the under-developed, developing, and developed world. It’s not picky about the strata of society or a woman’s education and her employment capabilities.

In my upcoming novel, Louisiana Catch, Ahana—the female protagonist—is a survivor of marital rape. She is well educated, wealthy, belongs to an elite society and has supportive parents. But for the longest time, she is unable to say a NO or walk away. As a matter of fact, she feels disgusted, confused, and afraid. She’d always known that something wasn’t right with how her ex-husband Dev treats her, but adding a voice to her thoughts and feelings took a really long time. In the end, Ahana shares her story with the world thereby encouraging other female survivors to come forward and hold their perpetrator accountable. But I have had a few reviewers ask, “Why didn’t Ahana say a NO right at the beginning?”

Many of you might be actually wondering why don’t women say a NO. Well, it’s a lot more complicated than it appears. Sometimes women stay in sexually abusive marriages because they are financially and emotionally dependent on their husbands; other times, some marital rape victims don’t realize they are raped. They are under the mistaken impression that partners cannot rape each other. There is also the no-one-will-believe-me fear. The shock of being violated by the one person who vowed to protect you in sickness and in health. Let’s not forget that laws, strong legislation, and adequate punishment are often severely lacking regarding rape within a marriage. Even in countries like the United States, where spousal rape is technically a crime, the prosecution rate is low.

As a matter of fact, marital rape is legal in several countries in Asia, Africa, and the Middle East, including India, Singapore, China, Egypt, Lebanon, and Morocco. According to a June 2015 report by The Daily Beast, marital rape is semi-legal in eight states in the U.S., including Ohio, Oklahoma, and Connecticut. Therefore, in Ohio, its legal for the spouse to drug and sexually assault a woman. Additionally, according to the National Online Resource Center on Violence Against Women, approximately 10-14% of married women are raped by their husbands in the United States. Marital rape was legal in New York until 1984.

So let’s be clear: rape doesn’t make a man a lousy husband; it makes him a criminal. Furthermore, the trauma from rape within marriage can be long-lasting along with the physical injuries. According to the National Violence Against Women Prevention Research Center, victims of wife rape are more likely to be raped several times in comparison to stranger and acquaintance rape victims.

Regardless of a woman’s marital status with regard to her rapist; if there is no consent, it is rape. A married woman has the same right to control her own body as does an unmarried woman. 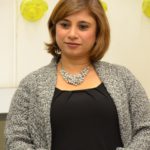 Sweta Srivastava Vikram (www.swetavikram.com), featured by Asian Fusion as “one of the most influential Asians of our time,” is a best-selling author of 12 books, mindfulness writing coach, social issues advocate, and a certified yoga & Ayurveda counselor who helps people lead creative, productive, and healthier lives. Louisiana Catch (Modern History Press 2018) is her debut U.S. novel and featured on U.K.’s list of “Books to Read in 2018.” Born in India, Sweta spent her formative years between the Indian Himalayas, North Africa, and the United States collecting and sharing stories. She writes about women, multiculturalism, wellness, and identity. You can find her in these online spaces: Twitter (@swetavikram), Instagram (@swetavikram), and Facebook (http://www.facebook.com/Words.By.Sweta)