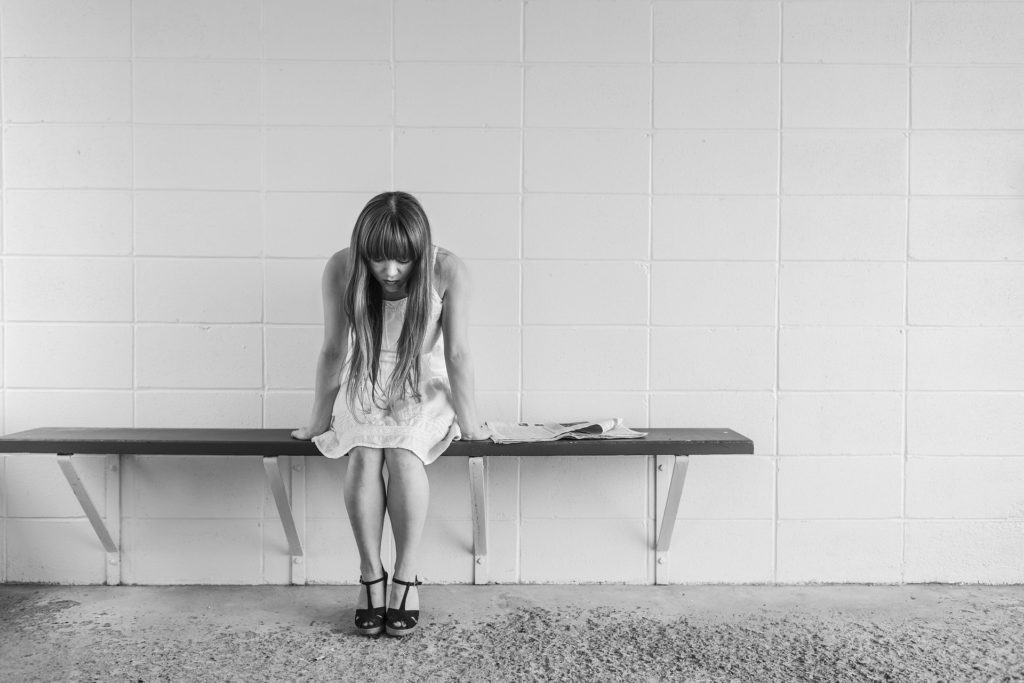 As a child, I experienced sexual abuse at the hands of my oldest brother. It began before I can even remember, likely at three or four-years-old, and went on until I was twelve years old. Even though he was abusing me, I loved my brother and idolized him. It was very confusing to love someone so deeply who also hurt me.

I was a victim of covert sexual abuse by my father. He had a way of making me feel creeped out by his actions. He would spy on me while I was naked or say things that a father should not say to their daughter. Although he never touched me, it still was traumatizing to know that he sexualized me in some way.

I developed PTSD by the age of five. My emotions became very cold, and I had difficulty attaching to people. I only trusted myself and felt I had to protect myself from the world around me. I would sleep in my closet because I felt safest there. I wouldn’t be able to turn my back to a door. I couldn’t handle my feet not being covered. I was constantly paranoid about people’s intentions. I felt so alone and misunderstood.

I had developed depression by the time I was sixteen. Soon after, I began to have chronic pain. Over time, my depression worsened and at the age of twenty-five, I was diagnosed with Major Depressive Disorder. The chronic pain spread throughout my body and I began to show different worrying symptoms. I was diagnosed with Fibromyalgia in my mid-twenties. Later on, I would learn that child sexual abuse made patients more susceptible to brain changes, which could lead to Fibromyalgia. Learning that upset me a lot. I was mad that I would have to live each day with a reminder of my abuse.

Besides my health, I experienced two domestic violence relationships. One of them was when I was a teenager. I loved my boyfriend and thought he was amazing. He was a very strong and scary guy, but he was a sweetheart to me. I felt like I didn’t have to protect myself for the first time in my life. After we moved in together, things started to change. He started being emotionally abusive. Over time, it developed into a physically and sexually abusive relationship. I made every excuse I could for his behavior, but finally ended up leaving him.

A few years later, I got involved with a man that I thought I would marry. He was great until I moved in with him. He started calling me fat, and making me feel bad about myself. He would punch me and threaten to kill me. I would sleep in a different room in the house and lock the door. I could barely sleep because I was so scared he was going to come in the room and kill me. I was eager to leave him and booked a plane ticket home as soon as possible.

A year later, when he found out I was pregnant with my first child, he threatened to come find me and cut my child out of me. I made sure my name, email, social media, and address were all changed so he couldn’t find me.

After that, I had two failed relationships that produced two great children. I am the mother of two wonderful girls. Because of my daughters:

I worked two jobs and tried to provide for them the best I could. I was exhausted! Raising kids is HARD. I hadn’t been out with friends in a long time since having my children. So I went out one night to let loose and enjoy myself. That night a man drugged my drink and raped me.

I couldn’t understand why that happened to me. I was a good Christian now and had changed my life. I went through a difficult time trying to understand why God would let that happen to me after everything I had already been through.

A year later, I began to work for the National Domestic Violence Hotline. The training I went through helped me to understand many different aspects of domestic violence. I also learned a lot about sexual assault and sexual coercion. Between the counseling I received and the training I went through, I was able to think more clearly about my past situations. It made me want to help others who have experienced abuse at the hands of another.

Going through these experiences is very isolating and we all need as much support from each other as possible.

Ashley T. Drye is an author, blogger, and victim’s advocate. She focuses her time on bringing awareness to the complexity of abuse. She enjoys blogging daily, speaking with victims, and writing. Currently, she is working on a book series, titled Stories of Abuse, where she shares stories from victims and survivors of abuse. The first book in the series is called Stories of Abuse: Domestic Violence and she is currently accepting submission from anyone wanting to share their story of domestic violence.