Women today are expected to juggle home, family, relationships, career and work. To do this they need to achieve a perfect balance between home and work without letting either take a backseat! This can build on a lot of pressure, especially with a competitive work environment and compromised time at home and both areas of life demanding very high standards of performance.

In the current competitive scenario both men and women face several challenges in their work environment. But compared to the men, women face a bucket load more challenges at work and home! At work women don’t just have to prove their competence, work skills and educational specialization, they also have to go a step ahead to prove that they are capable bosses, tough administrators, fighters, can face sexually challenging atmosphere and that they can do the man’s work as good as or better that a man. Once home, they have metamorphose into the demanding role of a mother, wife or caregiver making sure the home is running smooth, relationships maintained and all members of the family happy. Most women tend to get overwhelmed by these challenges and few continue with passion, breaking the myths, paving their own path and making their own destiny. It is their excellence on the job and fulfilled personal life that takes them to the top of their game. These women change the rules every day and are inspirations to the younger women who look up to them. Let’s meet some of these exceptional women, break the myths with them and be inspired!

Women are Always Dependent on Men, Being Independent and Supporting a Family is Difficult 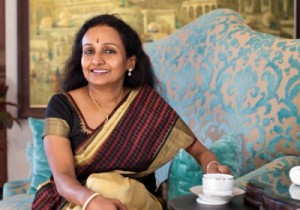 Renuka Ramnath, CEO and Managing Director, Multiples Alternate Asset Management, a mother of two who lost her husband when she was just 32 breaks this myth. She promised never to deprive her children of anything because their father was no more. She was committed that her children get the best facilities and that meant 12 hours of daily routine for over two decades. During this period with her dedication and commitment at work Renuka Ramnath climbed the ladder at ICICI, an institution that had almost become her second home over 23 years. Her specialization in the field has her known as ‘the mother of private equities’. An engineer-MBA, Renuka Ramnath has managed funds over $2 billion, guiding ICICI ventures into trend setting investments in emerging sectors like retail, biotech, media and aviation, pushing the firm from only venture funding to late-stage investing and even buyouts. Currently Renuka Ramnath heads Multiples Alternate Asset Management, enjoying her role as an entrepreneur and a proud mother.

Women Cannot be as Tough as Men 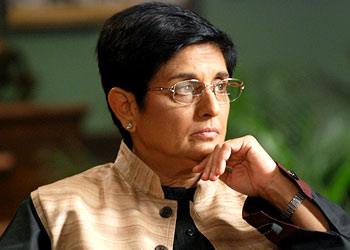 Kiran Bedi, an Indian social activist and a retired Indian Police Service (IPS) Officer has proven that women can be as tough and as capable as men. Kiran Bedi was born in Amritsar and was the second of the four daughters in the Peshawaria home. She obtained her Bachelor of Laws and further obtained a Ph.D in Social Sciences. She then began her career as a Lecturer in Political Science in Khalsa College for Women in Amritsar and in 1972 joined the Indian Police Services, becoming the first woman to do so. She has served in a number of tough assignments ranging from New Delhi traffic postings, Deputy Inspector General of Police in Mizoram, Advisor to the Lieutenant Governor of Chandigarh, Director General of Narcotics Control Bureau, to a United Nations delegation, where she became the Civilian Police Advisor in United Nations peacekeeping operations. Kiran Bedi influenced several decisions of the Indian Police Service, particularly in the areas of narcotics control, traffic management, and VIP security. During her stint as the Inspector General of Prisons, in Tihar Jail (Delhi) (1993–1995), she instituted a number of reforms in the management of the prison, and initiated a number of measures such as detoxification programs, Art of Living Foundation prison courses, yoga, vipassana meditation, and literacy programs. She has won several accolades and awards and over the years she has stepped beyond the traditional role assigned to women and set a benchmark of courage for others. 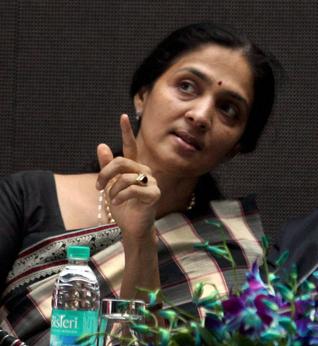 Chitra Ramakrishna, Managing Director and CEO, National Stock Exchange took this up as a challenge. She is one of the architects of the National Stock Exchange (NSE), which is amongst the world’s biggest and most efficiently run securities exchange board. The National Stock Exchange lifer, who was part of the core five-member team selected by the government to create a screen-based exchange in 1993, has shattered the glass ceiling, making history as the first woman to head an exchange in India. Under her, the NSE has become a transparent market ecosystem that reaches out to more than 1,500 locations in the country. Now the board is banking on her twenty years of experience to oversee India’s largest exchange—7th largest in the world—with a total listed market capitalization of some $1 trillion. 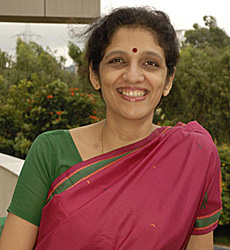 Meena Ganesh, CEO and Managing Director, Pearson Education Services, says that ‘Women are as talented and can be as ambitious as men’. A physics graduate from Madras University, Meena Ganesh went on to IIM-Calcutta and soon joined NIIT Delhi learning the ropes of working in a fledgling corporate. She then moved onto PricewaterhouseCoopers and then to Microsoft where she had an idea of building an enterprise focused on customer support for online businesses. After this successful venture and a few more she joined TutorVista as a co-promoter to help set up and scale our Indian operations

As an entrepreneur she realises immense challenges in the Indian education space and foresees opportunities to build solutions that help overcome these challenges. Using digital technology and the Internet, she plans to build mobile technology solutions that can provide students in remote locations with access to high quality educational content and help teachers by providing relevant skills through technology.

Meena Ganesh believes women are as talented and can be as ambitious as men and they have great capability in creating and building an organisation. She believes that bringing in a better balance of genders in a corporate set-up or in a start-up would certainly benefit the industry, as women bring in a complementary set of skills.

Daughters Are Raised to Become Good Wives and Mothers 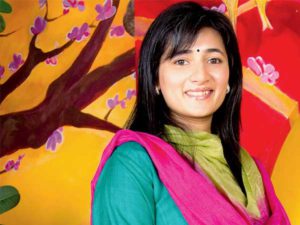 Schauna Chauhan, CEO, Parle Agro is a perfect example of a daughter who along with her sisters took over the responsibilities of a conglomerate. Schauna has been associated with the business since 1999 when she joined the company’s board as a director at age 22. Even as a high school student she would accompany her father to production facilities to keep herself up-to-date with the kind of technology in the industry. The young Chauhan, who holds a Bachelor’s Degree in International Management from Switzerland, has worked in different departments, including production, finance, advertising and sales-within the organization. Since she took over as CEO in 2006, the group has diversified into areas like confectionery, pure fruit juices and baked snacks, and has rapidly expanded its global presence, with exports to over 20 countries. Happily married and professionally successful, Schauna has shown that daughters make their parents proud by being successful and innovative leaders.

Gone are the days when women were considered no match for all powerful men in this world. The male dominated world has always been reluctant to acknowledge the fact that women are as good as men (and sometimes even better) on parameters of hard work, intelligence quotient (IQ) and leadership traits. These women have overcome all negative notions and have proved themselves beyond doubt in all spheres of life becoming true inspirations!