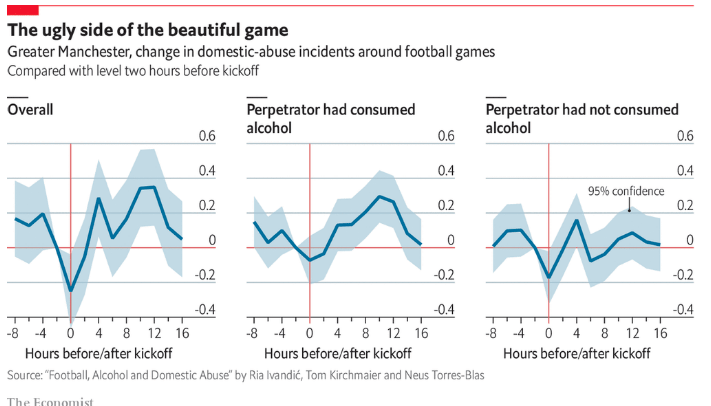 The recent loss of the football match against Italy was saddening for many England fans.  However, many inhumanely crossed a line presenting the harsh reality of the domestic violence within households.

Ever since the championship began in early June, National Centre for Domestic Violence (NCDV) reported 400 more than usual referrals for protective court orders than the last five weeks before matches. NCDV suggested that this increase may just be the starting point – women may wait a couple of weeks to report to ensure that everything has settled.

This match was not the first; domestic violence has been an ongoing problem for countless years. In 2014, a study detailed that when England lost a match, domestic abuse increased by 38%, and 36% when they won or drew. Charities working on domestic advise those who are in danger to call and report any of these behaviors. It is devastating that a sports match could instill a sense of danger in households, and that women need to be cautious all the days of the matches.

The phrase “If England gets beaten, so does She” represents the unfortunate situation. It is devastating that this is an expected outcome of a loss. Football is a cherished and recognized sport played all over the world. However, there is a dark side to all of this. Inherent amount of sexism and misogyny exists for years.

There has been gender discrimination both in the workplace and out. Seeming as inferior to others in the football industry, 66% of women report discrimination. Football fans created a campaign #HerGameToo to show the abuse they faced. Sexist messages were sent to women reminding them they lack knowledge about the game because they are women.

Everyone has heard the football banter that usually occurs during games. It’s so normalized that some women choose not to stand up for themselves or correct the men in the room.

Is It Just Because Of Football?

However, it is necessary to investigate if these losses are instigating these behaviors. Even though football may not be the root cause, it can be a catalyst and exacerbate pre-existing abusive actions.

Level of alcohol consumption is at large during the matches. Fans often watch these matches in pubs and bars. Hence, leading to the increase of consumption. A study conducted by the Centre for Economic Performance (CEP) deduced that after the last whistle, the domestic abuse occurrences increased by 5% every two hours, at a peak of 8.5% greater incidents than the average ten hours after the start of the game.

Co-author, Tom Kirchmaier, states it is “entirely” driven by the alcohol that is consumed. People consume an estimated 13 million pints of alcohol on the night hence seeing an increase in abuse. Why should women be scared of coming home? They must not fear that if there is a loss, something dangerous will happen to them.

Overall, it is not the losses itself that is driving an upward scale of domestic abuse. However, according to a victim, “if you have someone who is of a controlling and abusive nature, and you maybe add some alcohol to that, then what you are left with is a potentially life-threatening situation.” This victim further reveals that 9/10 times her husband was arrested and kept in a cell for his violent behavior. Imagine if he made it home – how scared this victim would be every time he comes home after a match.

How Are You People Helping?

Due to past events, charities ensure that women all over know that there is a helping hand. The hashtag #domesticviolence trended on Twitter after the match had concluded. Worried women were offering places to stay, if victims needed help, and/or anything to get away from their abusive partner. To see the community bond to support women and ensure they are not hurt was powerful. Although it is a heartwarming thing to see, it is also heartbreaking to know that domestic abuse is the way to illuminate this bond.

Kashish Singh is a Psychology student at King’s College London. She has worked on multiple projects surrounding gender discrimination for the last 4 years and wants to continue to spread awareness within her community. Have you read about the vaccine gap in India written by Kashish?