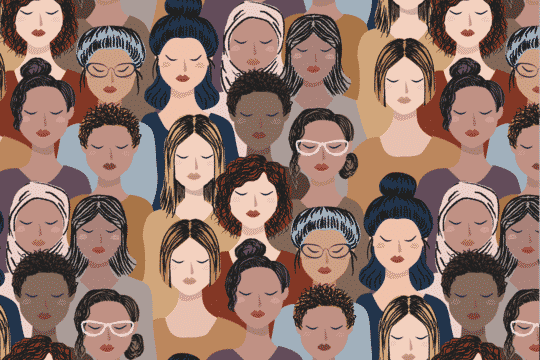 There is a distinct way in which the pandemic is panning out across South Asia. Especially in comparison to the Western nations. Its implications have been varying affecting people in disproportionate ways.

“Trans-cending feminism” exists and branches out in multiple directions.
Transnational Feminism by its virtue extends solidarity to feminist alliances and groups across nations. It’s aim is to cut across the nation-state’s boundaries. Including aligning with women on the streets. One example of collective solidarity is the horrific “honour killing” of Qandeel Baloch. “Honour killing” is not a faith-based problem that confines to a particular geographical region. Rather it’s an “epidemic” of larger proportions. Strongly rooted in a culture, and in patriarchy. The forms of which change across nations but the underlying problem is the same.

The Feminist desire is to be independent of the nation-state. Nation-state is a patriarchal entity, whose aim is to uphold and maintain the existing norms. In side-stepping the nation-state, Feminists desire to be free of the control over their bodies, and individual personhood. Margaret Atwood’s “The Handmaid’s Tale” (now also an award-winning Web Series) is also an example. To understand transnational feminists’ side stepping the nation-state.

The experiences faced by women across nations are uncannily similar, different but not disparate. One problem that arises, however, is that of India’s position in “South Asia”. It’s seen as a ‘Big Brother’ or more often than not – a ‘Bully’. Especially, in the South Asian region which makes it difficult for Indian Feminists to establish relations with feminists from this region. A shared colonial history and politics makes it difficult for Indian Feminists to extend solidarity. Careful to not be patronizing and still be Feminist ‘friends’. It is an unintentional yet effacing dominating position, hierarchy over smaller nations around. It arises mostly due to the size and position and access that India has for itself, over its other neighbours.

A disjunct between first-world and third-world feminism

Western feminism’s outlook towards feminists from the “South Asia” exoticizes post-colonial societies and nations through their gendered practices. It makes a case for disregard to the local feminist struggles and egalitarian movements. This is where ‘Transnational Feminism’ in the context of South Asia becomes important.  The cutting across boundaries in ‘solidarity’ can happen when Feminists from each region give the space – to ‘speak’. Speak of their individual lived experiences.

With attempts to side-step from the control of nation-states, who tend to silence feminist movements by drawing rigid boundaries. Surveillance and at times the information being gatekeeper from the rest of the world. The nation-state is a patriarchal entity that way.

The nation-state makes a stranglehold over feminist solidarity that Indian feminist try to extend towards feminists across nation-states. It becomes extremely difficult for ‘Indian feminists’ to then locate and position themselves as allies in the “South Asia” category. The title then becomes apt about feminists collectively side-stepping these sovereign authoritarian nation-states, to free themselves of this power structure. We must transgress rigid political borders and boundaries to gain momentum for feminist movements.

Covid-19 : Comparison of India to its Western Counterparts

The unwarranted and constant comparison with its western nations has created fissures. An article on Indian Express makes a very strong factual claim of India performing ‘worst’ in the South Asia region. The ‘flaw’ in dealing with the virus as the author says lies in comparing the pandemic data with the west. While India establishes a dominant position with its “neighbours”. When we compare data, the ‘Big Brother’ image falls flat.

When compared with the South-East Asian states, like Malaysia, they have proved to be far ahead in containing the virus. Including its vaccination and opening of schools. The statistics of Covid especially in the South-East Asian countries, is astonishing. The promptness of action, investing in medical infrastructure over the first wave to the next has been impressive.

A detailed study conducted by the Centre for Strategic and International Studies puts many things into perspective. Post second-wave of the disease, the findings in these countries open to glaring inconsistencies in understanding the lack on the part of India. The ineffective, disorganised lockdown at first, then constantly changing guidelines related to vaccination. The multiple messages being given to its citizens, created confusion and a certain degree of scare. Its procurement and uneven distribution disrupts the condition further. Managing, vaccinating, awareness campaigns for such a large and diverse populace is no easy task. Although can be achieved if the policy implementation is overseen well.

It is as the author says “total disinterest” on policy making and most importantly, implementation. The loss is irreparable. Even if time lapses, the gaping hole of loss, grief and mental well-being is going to be far from normal. The ‘post-apocalyptic world’ and its implications await us. Sadly, while the generation I am born in, will have to rebuild their lives from scratch. It is not an exaggeration albeit a harsh reality that is imminent.

Ayushi Mehta (She/Her) is a masters student of Gender Studies at Ambedkar University, Delhi. She is an intersectional feminist and is passionate about women’s rights, gender, & policy related research. A trained Bharatanatyam dancer, who swears by Faiz’s couplets. Here are other blogs by Ayushi that you might enjoy. Follow her on Twitter