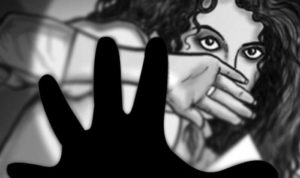 An upsurge in sexual assault against women continues to plague Gurgaon!

As I think about how to reiterate my thoughts, I find myself at a loss of words. Not because I don’t know what to say, but because words simply don’t satisfy my emotions. A familiar feeling of a fatigued anger inching towards indifference overcomes me as I read about the recent rape of a young mother. Is my anger metamorphosing into indifference?  I feel indifferent as I endure the ordinariness of rapes in India. Every twenty-two minutes a woman is raped in India.

This case was particularly heinous. Three men raped a young while taking turns to hold her baby. The wailing child was asphyxiated as the men covered her mouth to stop her from crying out loud. The mother watched horrified as the child was then flung out of the auto-rickshaw. Once the men drove away, she retraced her steps to find her baby. She then carried the dead child on the metro to the hospital where the baby was declared dead.

While this comes as a shock to people, perhaps due to the abominable nature of the crime, rape cases are not uncommon in Gurgaon. A rapidly growing city, Gurgaon has become a major Indian city with the third highest per capita income. Despite its significance and wealth, Gurgaon is infested with crime money can’t eradicate. As of 2nd June 2017, 52 rape cases have been reported to Gurgaon police, out of which 9 were gang rape cases. The police have register Over 100 cases of molestation and 45 cases under Prevention of Children from Sexual Offences. The proliferating numbers call into question the quantity of cases that have gone unreported. The figures on paycheques seem to match the figures of crime rates, specifically those against women.

Questioning the Safety of Public Transportation…

How can women tackle the mammoth problem of sexual assault? Yes, you may be wealthy enough to lead a sheltered life – surrounding yourself in the safety of a gated community and an air conditioned car; however, majority of women remain on the outside of this safety net. Several women, specifically those who work, rely on public transport to commute. Public transport; however, has become the sexual perpetrator’s hunting-ground! Women have no choice but to avail this form of transportation, and perps take advantage of this lack of an alternative. Why should a woman have to feel unsafe to travel in her home? Why should she have to feel vulnerable? There has not been a single woman who hasn’t picked up her pace and questionably analysed every passerby as soon as the sun goes down.

How is Gurgaon Police Combating the Issue? 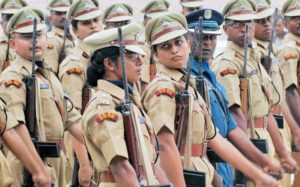 The Gurgaon police is conducting background checks on auto drivers to provide them with “identity numbers” without which they will be barred from driving. All drivers have to wear uniforms at all times. The regulation is drafted after several women and children have been molested or raped. Everyone is waiting on the implementation of these regulations. Who is going to ensure that the autodrivers possess their identity cards at all times? How accurate are the background checks going to be? It is highly improbable that there will be thorough checks on the thousands of autodrivers in Gurgaon. Lastly, how reliable are background checks in determining the nefarious intentions of a person? Thus, can India guarantee women’s safety? 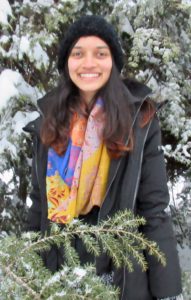 Ishika is a College of Social Studies major at Wesleyan University. She is currently working with refugees in Connecticut, USA  and is interested in women’s rights. An avid reader, Ishika enjoys works of intersectional feminists and is the proud human of a pug named Donut.