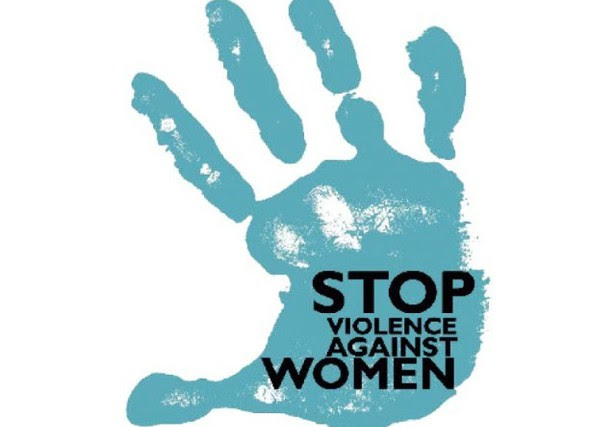 Prevention of violence against women: A holistic approach

In my last two articles, I discussed how violence against women occurs at various levels of the social ecology. How the Indian society normalizes it at a social, cultural, political and institutional level.  How people sustain violence within the legislation, the community, interpersonal relationships and through individual beliefs. Such pervasiveness of violence against women demonstrates the systemic nature of the problem. What we need is a synergetic, multi-sectoral prevention approach. One that involves the government, the private sector and people like you and me.

The primary objective of prevention programmes is to replace oppressive social structures and genders norms with new positive forms of masculinity and femininity. This means changing ideas about traditional gender roles. About women’s inferiority, passivity and the corresponding justification of violence against them. We must disassociate masculinity from power, dominance, and violence.

What are some ways to achieve this?

Activism and consciousness-raising
Activism and consciousness-raising through mass media, social media and campaigning are key drivers in achieving gender equality and reducing violence against women. These platforms reach large audiences at all levels of society. They are effective at promoting gender-equitable norms, non-violence and healthy relationships between men and women. Such exposure to alternative ways of behaving and living, address the violence stemming from unequal power relations between men and women. The unequal value society assigns to men and women. Through this, sustainable change can occur.

It is essential to use positive and empowering messages that reaffirm new gender-equitable norms. This includes using campaign slogans such as “men have the power to end violence against women”. Broadcasting television shows of independent women and women in positions of leadership and power. Portraying harmful characteristics of masculinity, like violence and gangs, as uncool. Creating spaces for women to safely speak out against the violence they experience. Using language that maintains stereotypical portrayals of men as perpetrators of violence and crime only increase men’s defensiveness and reluctance to participate in reducing violence. Likewise, only showing women as victims reinforce ideas of female submissiveness and lack of agency.

Raising collective consciousness around gender-equitable relationships and positive forms of masculinity and femininity have the power to change the individual beliefs that increase women’s vulnerability to violence. It can enhance equality within interpersonal relationships. And, it leads to public debate within communities that challenge unresponsive institutions and cultural justifications of violence against women. Furthermore, it can lead to social movements for state accountability and legislative change.

Engaging with boys and men
It is equally important for prevention interventions to start including boys and men within programme design and implementation. One of the primary causes of domestic violence and violence against women is toxic constructions of masculinity. Simply put, to address violence against women we must address toxic masculinity and work with men and boys. This is supported by evidence from CARE Uganda , Promundo and The International Labour Organisation (amongst many others).

Individual and interpersonal level
Engaging men at the individual and interpersonal level aims to change the beliefs around power and gender that increase women’s exposure to violence. Change occurs via dialogue, critical reflection and exposure to alternative thinking. Offering mixed-gender workshops, gender training and working with men individually are compelling ways to achieve this. These workshops should be user-driven and participatory processes to encourage critical reflection and collective consciousness.

Working with men, their experiences and their relationship with masculinity can promote gender equality and reduce women’s exposure to violence. Men also suffer from the way that society tells them they must act, feel and behave. Specifically, focusing on men’s physical and mental health, by addressing alcohol and substance abuse and enhancing stress coping mechanisms, can reduce violence against women.

It is also important to change men’s perceptions of traditional gender roles. To create more fluid gender roles let’s promote fatherhood as a central aspect of manhood and disassociate men from the breadwinner role. This allows women to enter the workforce, increase their household decision-making power and shift away from stereotypes of passivity and submissiveness without fear of violence. It leads to more fulfilling, equal and happy relationships between men and women, boys and girls.

Community level
Programmes to prevent violence against women at the community level focus on creating an enabling environment for non-violence. Usually, campaigns with gender-equitable ideologies, do a good job at achieving this. Reducing violence and creating positive forms of masculinity is also achieved by having community male role models. These men lead by example and mentor youth through proactively rejecting violence, reinforcing positive masculinities and gender equality.

Ideally, these programs will stimulate widespread support for gender equality and non-violence amongst community members, political leaders, and institutions. We must ensure coordination between community-level violence prevention programmes. This might help align the health, legislative and criminal justice systems.

Societal level
Engaging men at the societal remains underdeveloped, however, is within the process of changing. The aim of the societal change is to transform formal institutions and legislation so that they no longer perpetuate existing patriarchal structures that oppress and subordinate women. To achieve this, we need to increase the representation and participation of politicians (men and women) working on violence against women interventions. The government must demonstrate gender equitable cultures by hiring and training staff who will be advocates of gender equality.

Women’s rights activists are central drivers to creating change at the societal level. Legislative change can contribute to policy reform that supports ending violence against women. Underfunding, limited resource allocation and lack of government priority towards violence against women can be rectified through upward pressure. Through advocacy. Through social movements for state accountability.

Programmes to prevent violence against women are still in their infancy and require further research and funding. We need to develop and implement preventative programmes founded on evidence-based practices. We must stop seeing violence against women as individual acts. Let’s develop prevention measures with an understanding of the systemic and structural drivers of violence within specific contexts. We need to create supportive legal, cultural and religious institutions. We must shift the oppressive social norms and individual attitudes.

Whilst ending violence against women is a slow process, it is happening and will continue to happen. Gender equality and non-violence is possible and I am happy to be a part of the movement to achieve this. How about you? What can you do to start making a difference?

Violence Against Women in In India – Part 1