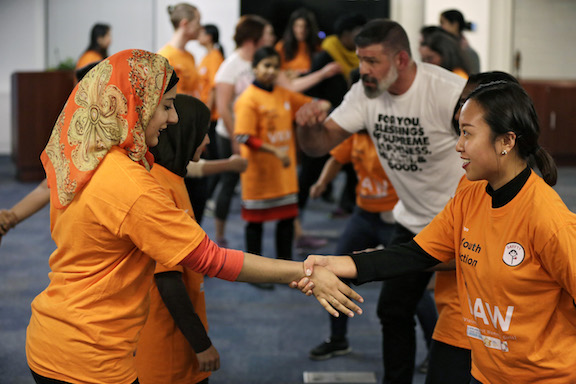 “It is great to be a part of Sayfty. Everybody should be doing their bit to make the world safer for women and children.”

Jyoti Singh’s untimely death involving gang rape in 2012, the infamous “Nirbhaya” case, horrified Dr. Shruti Kapoor, an economist by training. What she did next is currently changing the lives of thousands of women in India.  Through Kapoor’s non-governmental organization, Sayfty, she is helping women find pride, confidence, and safety within themselves.

Growing up in Kanpur, India, Kapoor describes her childhood as an idyllic experience. “It was a wonderful life, very simple and typical. My parents were strict and kept us disciplined. However, even as a child, Kapoor noticed the seemingly normal differences in the way girls and boys were treated. “I was always accompanied by someone when walking down the street.”. “Most girls face this”, she adds. It’s true. According to the World Health Organization, one in three women will face some sexual violence in their life. In India, according to the National Crime Bureau’s 2016 report, 106 rapes occur a day, in which four of the ten victims are minors below the age of eighteen. These horrifying statistics speak to the rampant sexual assault crisis in India -a factor that cements India’s place as the world’s most unsafe to be a woman, according to the Washington Post and Reuters.

Still, the number of reported rape cases is increasing, most notably a 26% rise of reported cases in 2013, as well as the same jump in 2016. This is the highest increase in the last 15 years, according to The Wire. This increase in  reporting stems from discussions of sexual assault slowly coming into the conversation. A conversation that Sayfty is associated with since June of 2013. Sayfty was founded with the sole purpose of educating and empowering millions of women and girls against violence.

Although the sentiment of empowering and educating women is a concept that one would imagine would be welcomed with open arms, Sayfty does face its fair share of challenges. The greatest one is to convince women to take their safety and wellbeing into their own hands. “Many women grow up with the idea that safety isn’t their responsibility”. In a culture where sexual assault is only recently becoming acceptable to publicly discuss, many women find it uncomfortable to have discussions in relation to self-defense. This stems from the long-held belief that brothers and fathers should have total control over the women in their lives’ safety, leaving the women themselves vulnerable. “The thought that it can happen to anyone at any time can be hard to convince a woman off, but it is the reality. The reality that one in three women face”, says Shruti.

No matter what challenges Sayfty faces, Kapoor asserts that “It is great to be a part of Sayfty. Everybody should be doing their bit to make the world safer for women and children. The organization primarily aims to reduce violence in women and children’s lives through advocacy, awareness, and action. For young children, this would be teaching about ‘safe touch’ and ‘unsafe touch’, helping them understand the inappropriate touching of one’s private areas. For women, Sayfty includes self-defense workshops to inform women on how to fight back against their attacker. Other workshops include gender sensitization training to challenge the stereotypes persistent in our society.

Sayfty wants to breakdown the deep-rooted social structures that do not advocate for women’s safety- a system that has led to women internalizing this patriarchy and preventing them from realizing that their protection comes from within. Sayfty believes that the installation of respect for women, starting from early school days is crucial. This increase in education about consent helps the next generation of women live a safer, more educated life. “Women’s violence does not just affect women, it affects the whole community. All citizens, not just in India, should learn to have a zero-tolerance policy when it comes to assault- to take action when one sees violence against women and girls.  Don’t be a silent bystander and diminish a victim’s narrative.”

However, with the current Court System being so inefficient, many women feel that the court is not on their side. Our justice system is incredibly slow, preventing most victims from ever seeing justice. “It’s the way our judicial system works. It takes a case many years, even 15-20, to get to a proper trial. While all of this is happening, the victim and her family are nationally shamed” Kapoor says, adding that “India has all the proper laws in place, they just have to be enacted more efficiently, so a woman does not have to wait so long to get her deserved justice.” Though fast paced courts are rising in number, due to lack of interest, personnel, and funds, the courts are neither efficient nor sufficient in helping a woman gain justice.

For Kapoor, the organization is life changing. Every little bit of help the organization can provide is gratifying and works towards creating a safer future for women. “Each success story is a celebratory moment where I have felt very happy and accomplished about how Sayfty is affecting the world” The breakdown of the toxic rape culture both in India and worldwide is one of Shruti Kapoor’s wishes for the future of Sayfty. “I want to expand our capacity to reach out to as many women as we can”, she says, “As rape is not just an Indian problem, but a global one”.

“Violence against women affects everyone, both women and men directly and indirectly,” says Shruti. Through empowering the women around the world through her own strength, Shruti Kapoor is breaking down the glass ceiling as the Head of her organization. She is inciting change throughout the world, building a safer world for women everywhere. 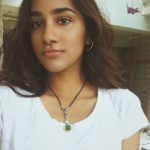 Smitha Krishnan is a 16-year-old aspiring journalist who was born and brought up in Philadelphia. She is now located in Bangalore, India. After experiencing two very different cultures, the differences greatly intrigued her and inspired her to explore social justice issues affect women in both cultures. She is a high school student who has been a part of Columbia’s Writing Program for High School Students.