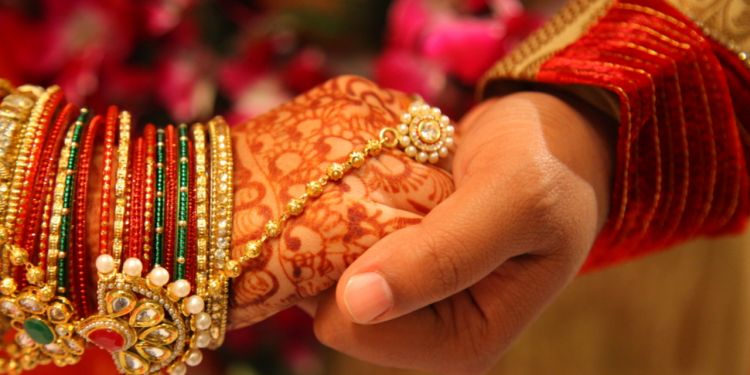 Marriage has always been an essential unit to the society. Where a man and a woman unite to make a society. However, as the society became complex this unit became a gendered institution. Especially in India, where we nurture women to be a part of someone else’s family.

Thoda bardasht karna padta hai”and “pati or saas sasur ki seva karni chahiye” are common sentences in Indian households. We expect women to not only accept but also to perpetuate these beliefs in marriage. We make young women believe that their identity is attached to the man they marry. Women form 97% of the internal migration that happens because of marriage in India. We expect the new daughter-in-law to conform to the new lifestyle. Women have to adapt to a new place, strip of their professions, change their nature and more. This norm has survived, even today when women are striving towards economic independence.

It is important that we will analyze the roots of this mindset of sending women to change after marriage. From a feminist perspective we will determine whether this tradition has been a hurdle for women. Further, analyzing how it has affected the lives of men in the same relationship.

The Historical Perspective to marriage

Marriage facilitates transfer of property. Love was hardly ever a reason, marriage was a transaction of land, status and women. Women had no identity other than a tool of transfer and reproduction. For instance, in the Manusmiriti a woman is should never be independent and is born to serve her husband. Therefore, men benefited from the land and cash brought in by women and women in exchange had economic stability. This led to the belief that men are the only source of power and financial security for a woman.

Society eventually became more complex and economic based. As men had the most power in that arena, they became the masters of the household. Women however were even more subjugated and forced to live under the shadow of men.

This solidified the segregation of labour and gender roles. While men became breadwinners, we confined women to the household. Women became caregivers (children and elderly). According to scriptures, a woman’s social status only rose both in present and beyond when she served her household. Solidifying the belief that women must shift patrilocal homes upon marriage. Even today customs like ‘Kanyadaan’ and giving your daughter away at the alter exist. Claiming their belongingness to the husband’s home as his property.

How Does Marriage Effect Women?

In India, marriages are not just about the union of a man and woman but also about society’s will. Inspired by deep-rooted patriarchy society expects a woman to behave in a certain way after marriage. Women’s input in their own marriage is still an uncommon thing to happen. Women traditionally are told to move to their husband’s house as soon as they are married. Not doing so brings shame and dishonour to the family. on the contrary the husband staying at the wife’s maternal home is disgraceful.

A woman has to give up everything, from her comfortable clothes, name, family and agency. Amongst the most common expectation from women is to leave or change their jobs once married. As of 2017-18 Indian women’s workforce participation is amongst the lowest in South Asia. In some cases, the court has observed that women’s attendance at home is more important than their jobs. The expectation being that her job is need for the economic substance of the household.

Even if they did decide to hold on to their ambitions there are other responsibilities they have to sustain. More than 90% of couples in India start living with the groom’s parents. The responsibility of taking care of the in-laws more than often falls on the woman. This pressure of holding the household on women doubles up when they have children.  Thereby, juggling between household, children and work become impossible. To save themselves from this struggle more women than ever are choosing to be single and working. This belief in migration to patrilocal households leads women to sacrifice many aspects of their life. Marriage is important for women and therefore all these sacrifices are not only right but essential.

Women have been the backbones of families for ages. They may be behind the curtains but they have played an important part in every family. Women in the past were items of exchange when considered in marriage. However, times have changed and now women are achieving autonomy step by step. The problem is that we even now judge women on the previous notions of marriage. We need to expand the idea of marriage and base it on love and understanding.

It is true that marriage requires commitment and compromises but not only from the woman. We need to understand women as individuals outside their marital status. It takes a lot of effort and sacrifice for women to build themselves in this world. Taking all that away just in name of a marriage is not a foot towards a better world.

Aditi Bhardwaj is a Law student. Her interests lie in feminist studies and blogging.
You can read other articles by Aditi here