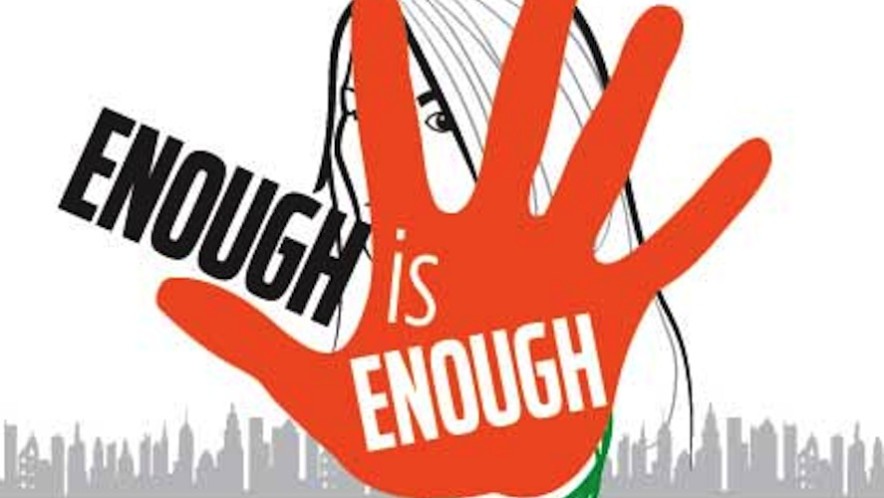 I was born and raised in a small town in India, called Kanpur. My father, the loving man that he is, is also very protective by nature. Right from the beginning I was sent to an all girls convent school. The idea was to always protect me and provide me with a safe and disciplined environment. Growing up, my parents were very open-minded and gave me a lot of freedom but I also had a lot of deadlines, deadlines for when I needed to get home. I was never allowed to have a sleep over, not even at my cousin’s home. I remember always walking to my coaching classes in a group. The streets were not safe to walk alone. Chain snatching, passing lewd remarks and sexual harassment happened so often that they were not even counted as crimes. Boys on bikes used to follow me home, wanting to be friends. My city and every city were full of perverts and as a girl one always had to be careful.

When it was time to go to college, my parents picked Mumbai over Delhi because it was a safer city for girls. Once-again I found myself in an excellent but an all-girls college, run by nuns. I was allowed to study in Mumbai on the condition that I stayed in the college hostel. The best hostel in town run by nuns and the deadlines couldn’t be stricter. I had loads of fun and those were the best three years of my life but as a girl in a big city, one always had to be careful. Deadlines were imperative, walking in groups a norm and one always had to be on a guard.

Fast-forward to 2000 and I took my first flight to the U.S. I was admitted to graduate school with a full scholarship and was going to do my Masters in Economics.  U.S. the land of opportunities – the 1st thing a developed country promises you is “freedom”. As a student I lived alone in an apartment, travelled to new cities, walked the streets at odd hours in the night and I felt safe.

After a short stint at The World Bank in Washington D.C. I decided to pursue my PhD. in Economics. I always wanted to work on issues plaguing developing nations and India was close to my heart.  Today, 13 years later, I walk the streets of NYC fearless, confident and safe. Even though I walk alone I walk with a sense of freedom. An awareness that I am free, free to wear what I want, do what I want and go wherever I want to.  I know for a fact that if and when I will be in danger, 911 will just be a call away. That people won’t just stop and watch the show, they will step up to help me. This country’s law and the system provide everyone that safety. It just feels safe, secure and free.

Don’t get me wrong, as a woman I still have to look out for my safety, be mindful when I am walking down a dark alley in the city, I still have to be careful but I don’t live with a constant fear. I am aware, educated and I know what I need to do should danger strikes.  Unfortunately, there are many parts of the world where young women like me cannot even walk the streets with a sense of security. Can you imagine, what that must feel like? Can you imagine what it feels like to walk around feeling unsafe?

I wish growing up things were safer for me and every other girl in India. Unfortunately over the past decade, when it comes to women’s safety, things have just deteriorated in India. Incidents of #violenceagainstwomen have been consistently rising. “A woman is raped every 20 minutes in India” – A fact that is so disturbing and so wrong. In fact, the horrific gang-rape incident in India shook me to the core.  The brutality of the event opened my eyes to how unsafe India has become for girls and women. The laws are complicated and the government corrupt, how can then, children and women in India feel safe? They are scared and they feel unsafe. Yes India is free but our girls/women still don’t have their “freedom”. The system is broken and I finally decided to do something about it. I decided to stop complaining about things and take some concrete steps to fight violence against women.

March 2013, I founded Sayfty, an organization to help women protect themselves against #violence with the help of personal safety products, information and awareness. Through Sayfty I want to #ENDViolence, violence against women, an issue which plagues our and many other nations. We at Sayfty believe that laws will change when they change and the government will take its time to fix things, but we cannot and must not wait. Each woman has the power to protect herself and the time has come to take charge of her own safety. The presence of a personal safety tool will help these women become more aware and alert of their surroundings. These tools like the pepper spray, personal alarms are portable, effective and can easily be used to ward away danger. Are they “The solution” to this problem? Probably not! But they are “A solution” which is quick, effective and can make a positive difference.

Organizations like Protsahan and Unicef India are working tirelessly to end Violence against women and specially children. Their new initiative “Time to Sound the Red Siren” is an excellent step to tackle violence against children. It places special focus on sexual violence against girls. Each one of us, whether it’s Sonal Kapoor (the founder of Protsahan) or big organizations like UNICEF India, want to give back and make a positive difference in the lives of women and children. I decided to give back to my fellow Indian women the gift of safety through “Sayfty”. Sayfty is excited to be a part of this wonderful Red Siren Initiative. Through this initiative Sayfty’s bloggers choose to speak out loudly and forcefully against all forms sexual violence experienced by girls in India.

Sayfty’s mission is to equip and educate women about personal safety such that they can protect themselves against any form of #violence. We are working tirelessly to achieve our goals through informative blog pieces, various campaigns and partnerships with organizations like Protsahan, Halabol, Unicef India etc.

A girl’s safety is not the problem of only a handful, it’s a problem of the society, so I urge you all to support me in Sayfty’s mission because an “alert”, “equipped” and an “educated” mind is a safer body!