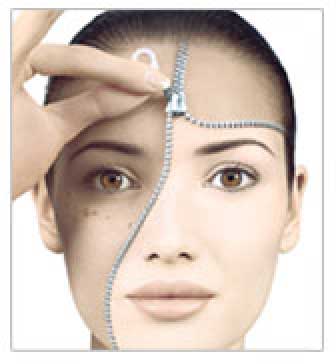 We’ve all laughed our guts out at those jokes in Indian films about the big, fat, swarthy woman. It seemed like the obvious thing to do then. These people were ‘meant’ to be funny. Watch any of the Indra Kumar/David Dhawan comedies for reference. If they slipped on banana peels or appeared abruptly when you were expecting the slim, beautiful lead actress, it made for great comic relief. The joke was always on them, on their physicality. I can’t recall any film for the longest time that celebrated people, especially women for the individuals they were, for their talents, aptitude, attitudes, or just the fact that they were comfortable in their own skin.

It was only with time that I realised how insensitive, immature and inhuman we were being, as audiences, as artists and as people, and not always consciously. Stereotypical biases towards the slim, fair, pretty Indian girl abound not just in the media through advertisements and matrimonials but also in many of our daily lives. A leading female actor like Bipasha Basu actually goes on to do a commercial where she asks her on screen boyfriend if he would love her even if she put on weight. In fact, a low fat breakfast supplement, Kellog’s tells us that middle aged women who are on the healthier side must fall in line so as to continue to be a source of pride for their spouses. But more importantly, today, prejudices and stereotypes are as much a part of our lives as our culture itself. So many times, girls inclined towards athletics are advised to stay at home and avoid getting tanned. The biggest threat for a plump girl of marriageable age is that she shall receive no rishtas on account of her girth and may remain a spinster, miserable, frustrated and lonely. There are of course common assumptions for such threats. First, that only a marriage, or to be more precise, a man, can complete a woman’s life. Second that a man remains faithful, fulfilled and happy if his wife is and continues to keep herself beautiful, slim and physically attractive.

These parameters by which life becomes worthwhile are not restricted to our personal spaces alone.  Females working as airhostesses, models or even, say receptionists at hotel front desks are meant to look a certain way and may risk losing their jobs or never be hired for not adhering to the typecast. And the very concept of fairness creams tells us that a glowing complexion will definitely take you places. Your talents, abilities or efforts are of lesser consequence.

We seem to have made a habit of formulating these norms and conventions, and then deriding what according to us, are unconventional. In a country that has battled injustices against women since time immemorial, here’s some food for thought. We may come a long way since the days of sati, but we’re still not just living in physically unsafe times for women, but providing them emotionally traumatic spaces and environments. A consumerist culture that looks down upon them for their looks or weight and pays less attention to talent and skills makes for no society to be proud of. A slightly voluptuous teenager often grows up with no dreams, and worse still, no hopes. She constantly sees these definitions around herself, and tries to fit into them. When she fails, it’s very rare and very tough for her to look beyond and discover herself in other, deeper ways.  She might not be tied down to the pyre, but she finds herself tied down to these norms every single day of her life.