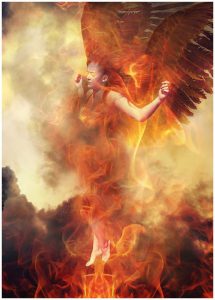 On 28th March 1995, at precisely 9.42 AM in the Mother & Child Hospital, New Delhi a child was born to the most amazing mother it will go on to ever know. It was the prettiest, sweetest and the most perfect child its parents had ever seen. Its father was so overjoyed that he gifted boxes of sweets to everybody in the Hospital, even the diabetics. It, was a girl. It, was me.

My parents never tried empowering me. I was born empowered. They just never took it away. My home was, or rather is, the perfect model home for all those people out in the world fighting for women empowerment. I was usually not asked to overly- cover myself (of course there were exceptions, I lived in Delhi) but my brother was always lectured and shouted on to never raise his hand at a girl and to never do any wrong to ANY female in the world. Our curfew was, and till date, remains the same. I was put into an elite boarding school before he was. My opinion ruled the house. I vegged out in front of the television as much as my brother did, even more so. The only time I was in the kitchen, was when I was hungry, or when I was in a mood to cook. And when my grandmother asked me how I’ll survive my marriage if my roti wasn’t round, I was allowed to say “Too bad, my husband will just have to accept my India-shaped roti. Or get out.”And guess what? I turned out okay. I had a spine in my back and could stand up for what I believed in was right, and at the same time, cover my head and sit in prayer with my hands folded, reciting the

And guess what? I turned out okay. I had a spine in my back and could stand up for what I believed in was right, and at the same time, cover my head and sit in prayer with my hands folded, reciting the bhajans word-to-word. I was just like every other woman out there, with the only difference that I could sit on the same table as men and discuss and share their worldly knowledge. I could take care of myself and I could survive in this world of hungry wolves. And I failed to see how it was, in anyway, bad.

But it must have be, because I was still not powerful enough to wear a skirt and go to a club alone at night. My family let me have my power, but my society couldn’t risk me having it, and tried to snatch it from me every chance they got. My society couldn’t let their morals, values and ideals be twisted and assaulted by a little-miss-know-it-all like me. And so, they assaulted me. They ripped my self-confidence to shreds and choked my voice. They nailed me to a cross and crucified me, only to put me in my place.

Many say that empowerment and safety go hand in hand. And yet, there are more cases of rape of males, and most of them are unreported. There are just as many cases of husband-bashing and male shaming is not an unknown concept. Surprised? I was too. After all, Deepika Padukone would probably be raped and killed too, if not for the protection she has.

Humans all over the world, men and women alike, made it possible to do something that I believed was impossible. They turned humans into commodities, and usually, women were the subjects to this experiment. I was a subject too, and it was like I had a permanent tag stuck to my forehead:

Years of fighting for empowerment, for an identity, at least got me my own name on the tag. But it will be years more to not have a tag at all. We scrape and scrape at the tag everyday till our fingers bleed, and maybe even manage a scratch, but that is about it. Some of us are lucky, we have our families to help scrape the tag with us. But then, along comes somebody to stick the tag back on, with his eyes glued to our chests because “Keep her safe” was written nowhere on the tag.

It is funny how female species of elephants, most frogs, insects, snakes, spiders and penguins have more power and equality than most female human beings on this plant. And yet, we all unanimously agree that human beings are the most intelligent species in the world. Because I honestly do not see the sense in how keeping an entire sex of a species supressed will help the species as a whole move forward. 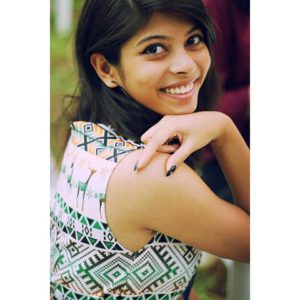 About the Author
My name is Saloni Patel and I am currently pursuing a degree in Mass Media from Sophia College for Women, Mumbai. I aim to someday become the editor of a magazine (hopefully Cosmopolitan). Creative writing is a passion for me like no other, and I try to use it as a medium to have my voice heard. I write only what I believe in, because I can only have my voice heard, if it has strength, backed by belief.