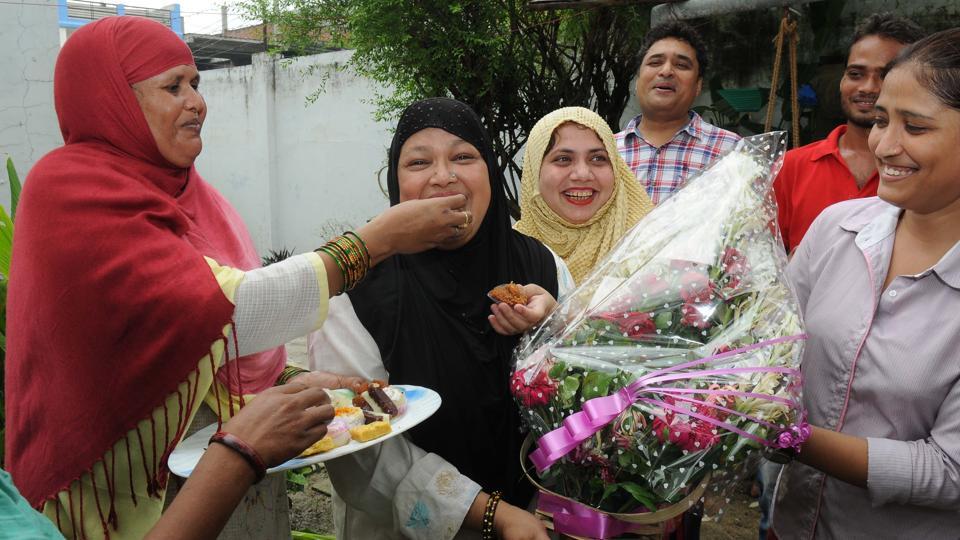 Imagine living in an unstable house on the verge of collapse. Shaky roofs and wobbly floors tending towards a total demolishment. Scary, am I right? Now, revel in your privilege of merely having to imagine such a scenario. Thousands of Indian Muslim women for years having been living this nightmare. However, on 22nd August, the Supreme Court of India criminalised Triple Talaq – the practice responsible for the hellish nightmare.

What is ‘Triple Talaq?’

Talaq e Biddat, colloquially known as Triple Talaq, is a practice of instant divorce amongst some in the Muslim community. In this form of an instantaneous divorce, the husband can divorce his wife simply by reciting ‘talaq’ or divorce thrice-over. Thus, fearing an unexpected, arbitrary divorce, multiple Muslim women treaded on thin ice.However, this practice of divorce is not universal. Some predominantly Muslim countries like Pakistan, have long banned this practice.

Religious Validity of the Practice

Rana Safvi, a renowned author, blogger and historian, claims that Talaq e Biddat ” was never a part of Islam.” She is of the opinion that it was never mentioned in the Quran and only later added during the time of the Second Caliph. Furthermore, she states the two methods of divorce prescribed in the Quran: ‘Talaq e Ahsan’ and ‘Talaq e Hasan.’

Does the Verdict Mean Victory?

On the surface the law may appear to be a victory for Indian Muslim women. However, the lack of unanimity in passing the law gives us a glimpse of reality. When asked the above question, Safvi claims that “just a law in itself [re]solves nothing. This is just the start.” She emphasised on the importance of education and awareness of the Quranic junctions. She highlights social evils, such as child marriage and dowry, to support her claim of blind faith coupled with superstition that leads to the birth of ignorance. Indeed, blind faith in the absence of rationality and discretion leads us to traditionalise such social evils. Consequently, blinded by ignorance, we begin to fight for such evils in the name of tradition.

Taking the Verdict With a Pinch of Salt

Undoubtedly, the verdict is a historic win for Indian Muslim women. They are finally out of potential hellish, unstable marriages. They don’t have to tread on thin ice, as the Supreme Court has taken the first step towards removing the sword of ‘Triple Talaq’ suspended around Muslim Women’s necks. But, why did it take India so long to empower its women? When muslim majority and theocratic nations banned this practice, why did India protect it? Safvi claims that the practice was protected for political reasons. Appeasement of vulnerable Muslim communities was essential for vote banks. Thus, evidently, political survival came at the cost of Muslim women’s wellbeing.

The contextual understanding of laws that empower women in India brings one question to mind. If the government was truly interested in empowering women, why didn’t it previously criminalise marital rape? When asked this question, Safvi claimed that this issue needs to be addressed immediately. Historically, Indian women have been scapegoated to preserve blind faith and irrational traditions. While this law is a new beginning for Indian Muslim women, the nation has a long way to go. The Supreme Court’s refusal to criminalise ‘marital rape’ seems like a step back. However, its ruling against the Triple Talaq’s constitutional validity seems like a step forward. Confusing, but a start.