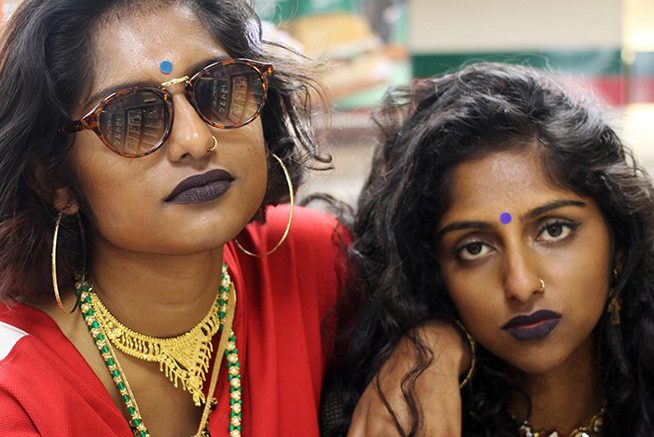 For years, the push of white western beauty standards means that fair skin is entrenched as the beauty ideal in many countries across the world – particularly in India. This has led to the launch of numerous products such as skin lightening pills and creams, offering to make user ‘more attractive’. Adverts imply that having lighter skin will make you more attractive – even a better person.  That is where the hashtag #UnfairandLovely comes in. The campaign started by University of Texas student Pax Jones is providing a voice for dark skinned women – and South Asian women are using this to embrace their skin colour and highlight the rampant colourism in India.

India has a long history of colourism [1] and shunning darker skinned citizens – both women and men. British official consistently demeaned darker skinned Indians, shunning them in favour of lighter skinned Indians for things like jobs etc. As a result on hundreds of years of colonial rule, this favouritism towards lighter skin shades has entrenched deeply into Indian society today with the notion that pale = power. The effect is especially prevalent for Indian women. In marriage,  light skinned partners are desirable. There is heavy discrimination in the jobs market against dark skinned citizens. The cosmetics industry is notorious – with a variety of skin lightening creams and products being launched such as Fair and Lovely – launched 1975.

As previously mentioned – immense pressure is often put on Indian women and girls. They are pressured to use whitening creams and products by family members. They can even be attacked on streets – simply for being dark. At present, things do not seem to be changing anytime soon. In the media, celebrities are often light skinned, you see many promoting skin lightening products. Dark skinned citizens are often pushed to back-end jobs, and light skinned citizens being the faces seen every day. The hashtag #UnfairandLovely aims to highlight this discrimination – of which the majority happens to women.

#UnfairandLovely is an online social movement and viral hashtag started by 21-year-old Pax Jones. It started to highlight the impact that colourism has on darker skinned women and to encourage women to embrace the colour of their skin. The first photo featured her classmates Mirusha and Yanusha Yogarajah, highlighting their own experiences of colourism. It has subsequently evolved into a global social media campaign and talking point – giving women a platform to share their experiences and share solidarity [2].

Why Indian women need to get behind this hashtag

In India, society still has a low opinion of women. Women are viewed as mere objects. Examples such as the continually occurring cases of rape that appear in news highlighting this fact. Coupled with the shade of their skin, darker women can find themselves in an even worse position. Should it not be our duty as women – of all skin colours – to help out? By supporting and encouraging our darker skinned sisters to feel accepted and proud of their skin, we can gradually change some damaging notions present in Indian society. Empowering women with darker skin shows that pale does not equal power. It shows that judging anything by skin shade is a baseless judgment.

It is especially important that Indian women get behind this hashtag because it is an Indian problem. By starting and maintaining the online revolution, it shows we are serious. It shows that we are not prepared to tolerate any injustice against women. A victory in this sense is a victory for all women. By getting Indian women behind this movement we combat it halfway. There is no discrimination in who supports this hashtag – people of all shades support it. By uniting Indian women and empowering those with darker shades of skin, we can also focus more critically on deeply rooted issues such as the objectification of women, gender roles etc. Tackling the issue of colourism also works in part to break down these issues.

Using the # gives women a voice

Indian women need to get behind this hashtag showing they are not there to be objectified. Those that have access to social media must use this platform to speak out. As a light skinned individual myself, we should make this space available to our compatriots and not detract from their voice. If public opinion changes – so does the media. If all women band together, views and opinions will be different.

Picture credit – SELF (Showing the sisters Mirusha and Yanusha Yogarajah)